World Rugby to add five inductees to Hall of Fame 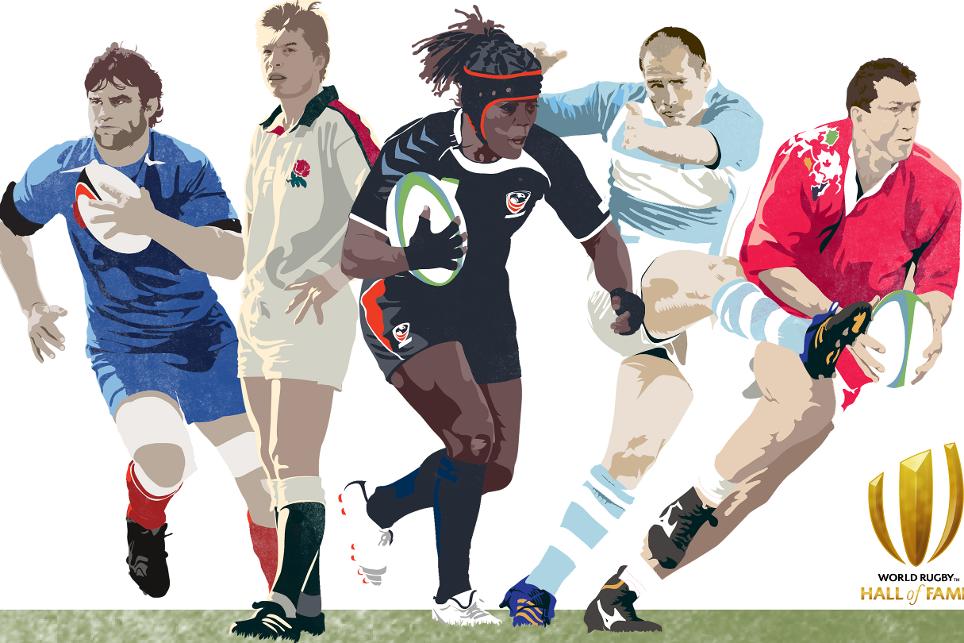 Five legends of the game will be inducted into the World Rugby Hall of Fame at a special ceremony to celebrate their lives and careers in the game in Rugby, England, on Friday 10 November.

An Englishman, an American, a Canadian, a Frenchman and an Argentinian will be honoured at the ceremony, which will also be attended by a host of other rugby luminaries at the Hall of Fame’s state-of-the-art physical home in the town that gave the game its name.

Confirmation of the class of 2017, as chosen by the World Rugby Hall of Fame panel of experts, takes the grand total of inductees to 137 with each celebrated and profiled within a physical experience in the birthplace of the game that is fully interactive, immersive and delivered in multiple languages.

This year’s induction ceremony coincides with the start of the Rugby World Cup 2019 trophy tour, which will kick off in Rugby town on 10 November and take the famous Webb Ellis Cup all over the globe before arriving in Japan in time for the game’s pinnacle tournament less than two years from now.

World Rugby Chairman Bill Beaumont, who will be in attendance at the induction ceremony on 10 November, said: “The World Rugby Hall of Fame recognises those who have made an indelible mark on our sport through feats on the field of play, displays of great character or through their tireless and inspirational work in driving forward our great game.

“The latest set of inductions includes some real legends, players who have helped to shape the image of rugby and inspire generations of fans. They all have contributed immensely to the enjoyment we have all felt watching top-level rugby over the decades. Each of these five inductees has made a positive impression on the sport, in their own countries and around the world, that will last the test of time.

“While the Hall of Fame has been in existence for many years, it was just 12 months ago that we opened a permanent home for it in the town that gave our game its name, Rugby. The physical Hall of Fame is proving to be a wonderful focal point for the game and is attracting fans from all over the world to relive the great exploits of rugby’s most prominent and talented individuals.”

PROFOUND INFLUENCE ON OUR SPORT

“Phaidra, Rob, Fabien, Felipe and Al have each been wonderful ambassadors for rugby in the way they conducted themselves on the field and have continued to do so in retirement. Our Hall of Fame is in great hands as long as we continue to have men and women of this calibre to induct.”

For more on the World Rugby Hall of Fame, visit www.worldrugby.org/halloffame.