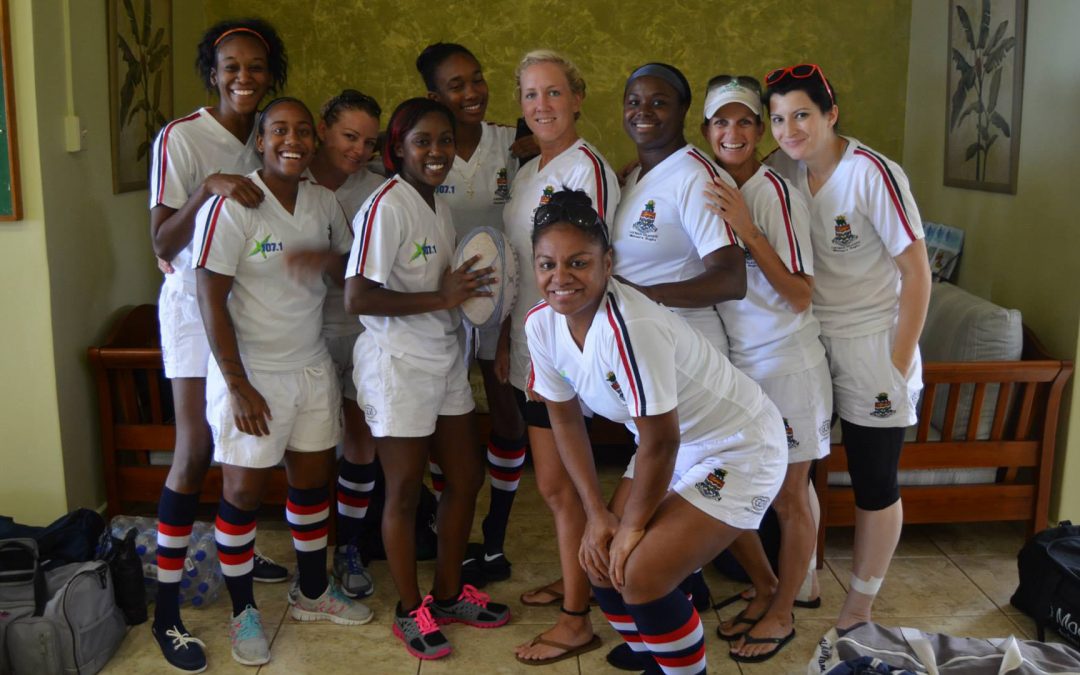 Anytime Wales plays a rugby match, win or lose, you’ll find Rhian Minty on the phone to her dad reviewing the game. Growing up in a rugby mad Welsh family, Rhian has always had a keen interest in the sport. After relocating to the Cayman Islands, 15 years ago, she decided to try her hand as a player, starting out with a touch league, eventually moving into the Senior Women’s Contact programme. Rhian’s dedication to the game earned her numerous spots on the National Cayman Rugby team.

While you’ll still find Rhian on the park playing touch, she’s traded in her contact boots in favor of rugby administration. Taking on multiple roles within the Cayman Rugby Football Union, Rhian is thoroughly enjoying the work she is doing for the local rugby scene. Starting with off by volunteering pitch side, Rhian has taken on many roles including Team Manager, Disciplinary Liaison Officer and Coach. 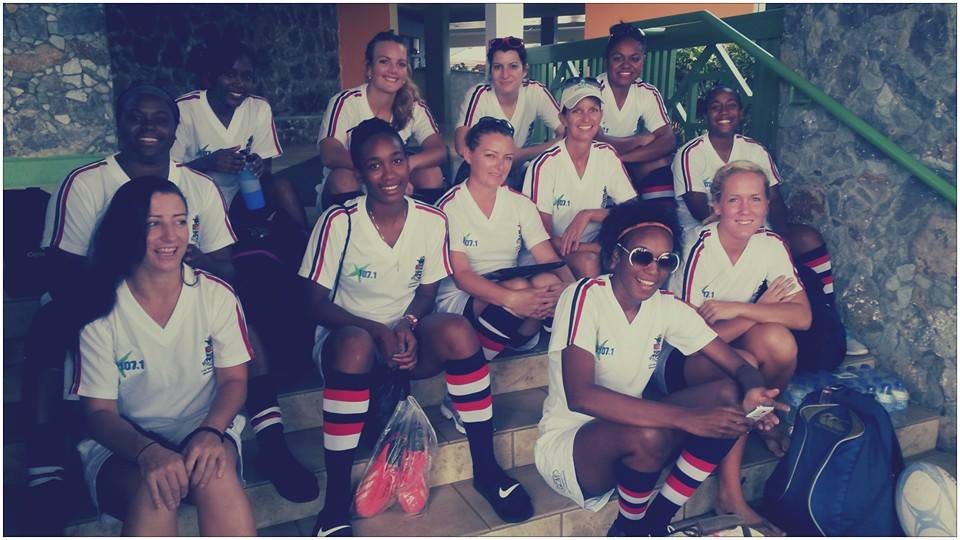 “My current roles developed by chance. Following a fairly big injury in a domestic 7s game. I began helping out on match days, setting up the field, recording scores and generally helping on the side lines. I think it is important to show the younger players that volunteering is essential to the successful running of grass roots programmes and domestic clubs. From this, I began helping out regularly and took on the role of Team Manager for the Men’s National 15s and 7s teams, which I still carry out today. I am also the Disciplinary Liaison Officer, the go between of sorts for recording citations awarded in matches and sharing these reports, evidence, and the like with our newly established Disciplinary Committee. I also coach in the Saturday Junior Rugby Programmes, which I thoroughly enjoy!”

Rhian is also making her mark on the Cayman Rugby Football Union Executive Committee as the first female Vice President of Operations. With a ‘sky’s the limit’ mentality, Rhian is hopeful that establishing herself in this role will encourage other women to join the CRFU. “I am also the current Vice President of Operations at the CRFU, sitting on the Board of Executives. I am the first female to hold this position in the history of the CRFU and it is a role I take very seriously. I really hope that my position inspires other women to join the Board and become engaged in the running of the CRFU. It may be a pipe dream, but I hope that I will one day become the first female President of the CRFU.” 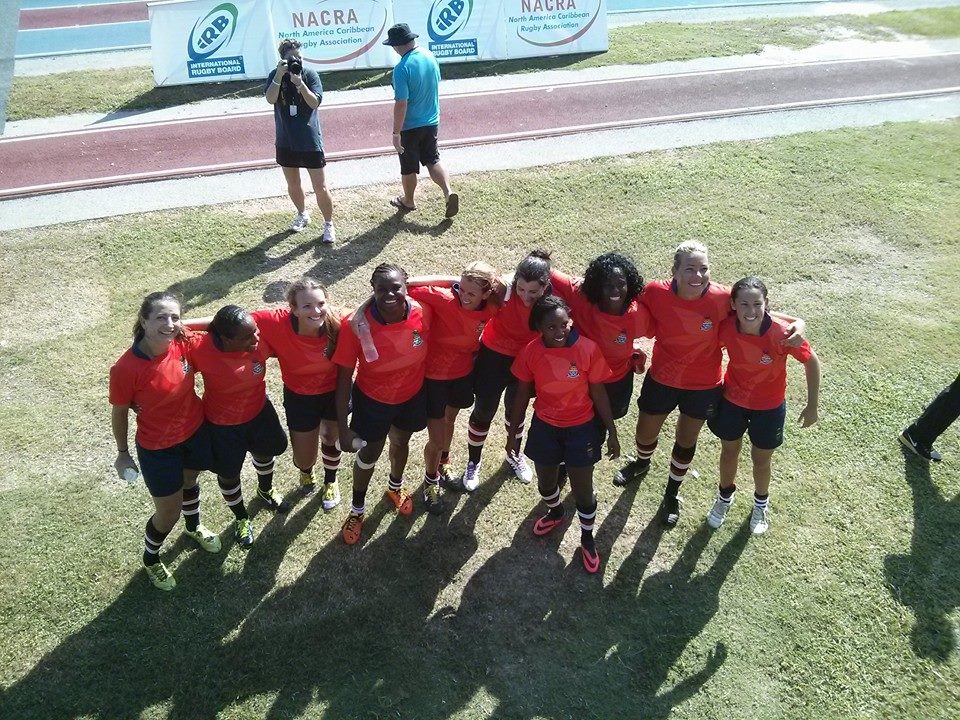 Rhian is using her passion for the rugby community to impact positive changes within the CRFU.

“The global rugby community is inclusive, welcoming and supportive. I really do consider the CRFU ground in South Sound a second home. I joke that if you are ever looking for me, first port of call should be the rugby club! Rugby has offered me more than just a past time, the friendships I have made through rugby across the world, are invaluable and I know they will be lifelong. Rugby has given me the opportunity to develop relationships with people from all walks of life, and I cherish the opportunity to continuously grow as an individual and as part of my team and my community. The rugby club is a place where I never feel out of place, it is really a safe space for everyone. To quote an old TV sitcom, our ground and clubhouse really is a place where everyone knows your name (or appointed nickname, courtesy of the infamous CRTV Crew!).”

Lately the CRFU have focused on the regeneration of the community spirit. During the lockdown period, Rhian and her team took the opportunity to undertake a programme of regrowth and re-establish the CRFU’s mission statement and values. Volunteers were encouraged to partake in coaching courses and first aid training, while renovations were carried out at the club house. Of the past years efforts, Rhian remarked, “As an Executive, we are focused on the sustainability and growth of the CRFU, for current and future generations of rugby players and our rugby family.” 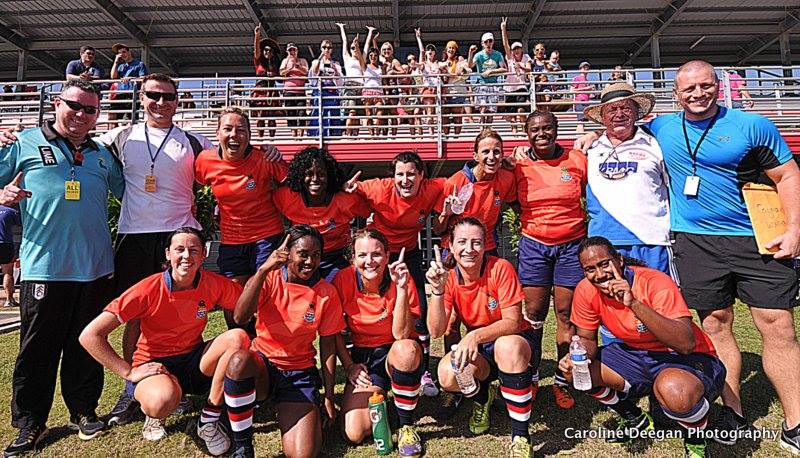 Looking to the future, Rhian is hopeful that the Cayman Islands will benefit from the implementation of new programmes.

“I am so excited about what the future holds for the CRFU. We have been so lucky to have former Blitz Bok, Jovan Bowles, as our Head Coach and Director of Rugby for a few years now. He has been a huge inspiration to our current players, old and young alike and, with the recent appointment of former England player, Mercedes Foy as the Female Rugby Manager, I can only seegreat things developing for the women’s programmes. Jovan has developed a successful Junior Elite Programme, and Mercedes has provided camps for 100 girls, and established a junior women’s training programme, for girls aged 7 to 15 (although we have had several girls aged 4 and up joining in with their older siblings and thoroughly enjoying it!). I was delighted when Mercedes recently asked me to join her coaching team for this new programme, and really look forward to learning so much from her and the others on the coaching team. This new venture has successfully complemented the current junior mixed and boys’ programmes we already run at the CRFU. With over 450 children taking part in youth rugby, the future of the CRFU looks great, and I am so proud to be a part of it!” 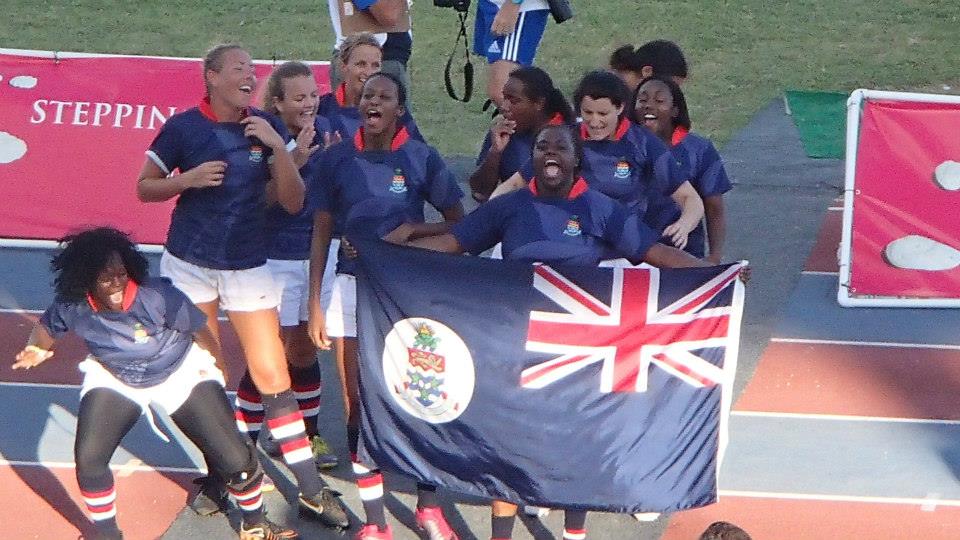