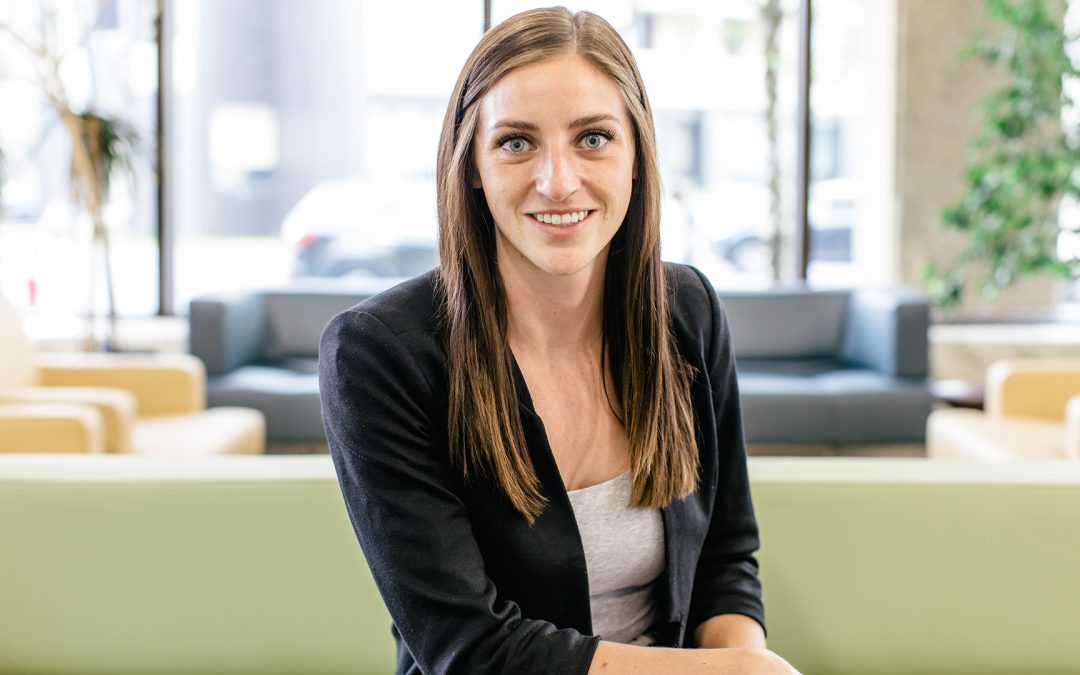 In our Women in Leadership series, we profile three Canadian women who are worthy recipients of the inaugural Rugby Canada Women in Leadership Scholarship Program; not only for their commitment and passion for rugby, but also for their innovative approaches to growing the game in their respective provinces.

Rugby Americas North – in collaboration with Rugby Canada and Rugby Nova Scotia, New Brunswick Rugby Union, and Rugby Québec – is proud to present these worthy women and celebrate the impact they’ve had on rugby. 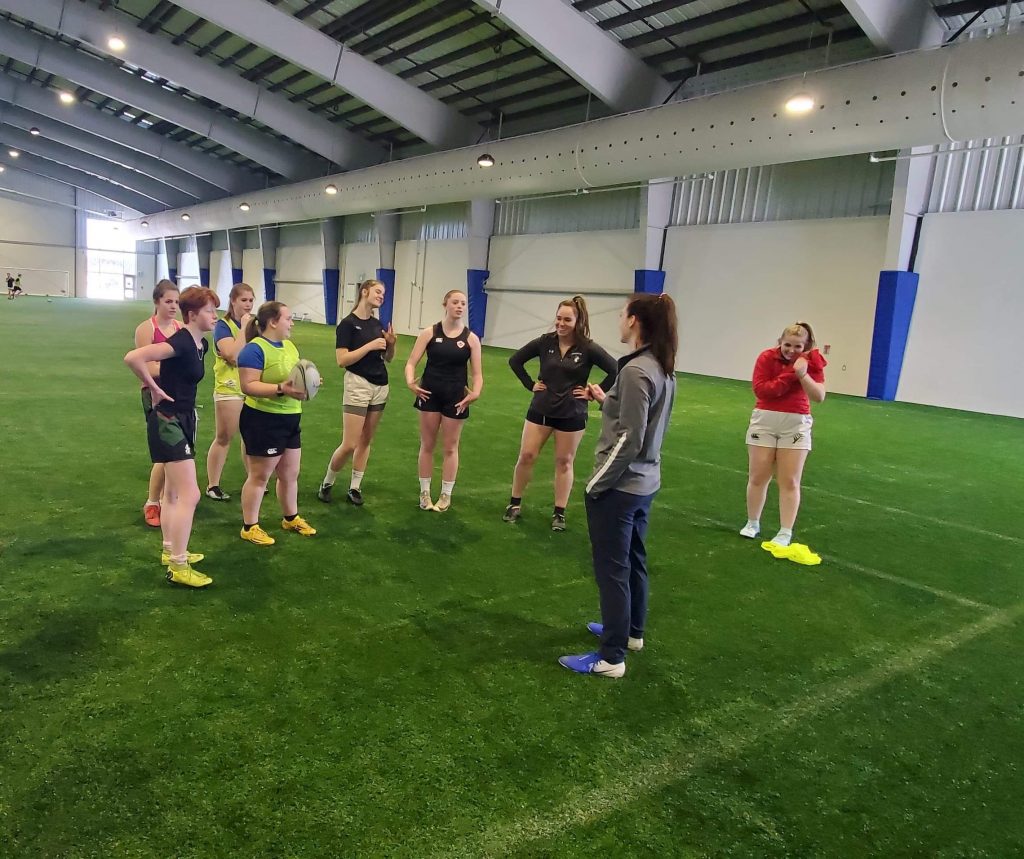 Vanessa has always been involved in rugby, and played for many years. In school she played for the legend known as Mr. B – Grant Beckingham – a teacher and coach who not only coached every team in Duffley’s school experience but at the club level as well. It was his influence that instilled Duffley’s passion for the values of rugby; from respecting the match officials, to the opposition, and to coaches and self as well. It is Mr. B’s ability to form genuine relationships and bring the best out of people that Duffley hopes to personify in her role as a coach – and by extension, her role as Director of Coaching for the New Brunswick Rugby Union. Through observing Mr. B for so long, Duffley also became keenly aware of how much volunteers do. She is in awe of how much the true servants of rugby give of themselves. As Director of Coaching, holding up all that is given to the sport by those who do it for the love of the game will serve her well.

Duffley says she’s had the “privilege to lead both on and off the field throughout my rugby career.” While she retired as a player after she graduated from St. Francis Xavier University, she was easily able to pivot to coaching and mentoring. Since her appointment as Director of Coaching for the NR Rugby Union, she’s been busy doing the important work on inclusion, diversity, equity, and allyship. The overall sustainability within the union is also important to Duffley, who looks to contribute to the continued growth of the sport anyway that she can in her role as Director.

Coaching remains a passion, and Duffley believes contributes to her success as Director of Coaching. Duffley shares that her role as Head Coach of the provincial sevens team continues to fuel the passion for coaching and leadership. “I have led the team since its inception in 2016. Most recently, I was selected as the Canada Games Head Coach – I’m looking forward to experiencing that major competition.” 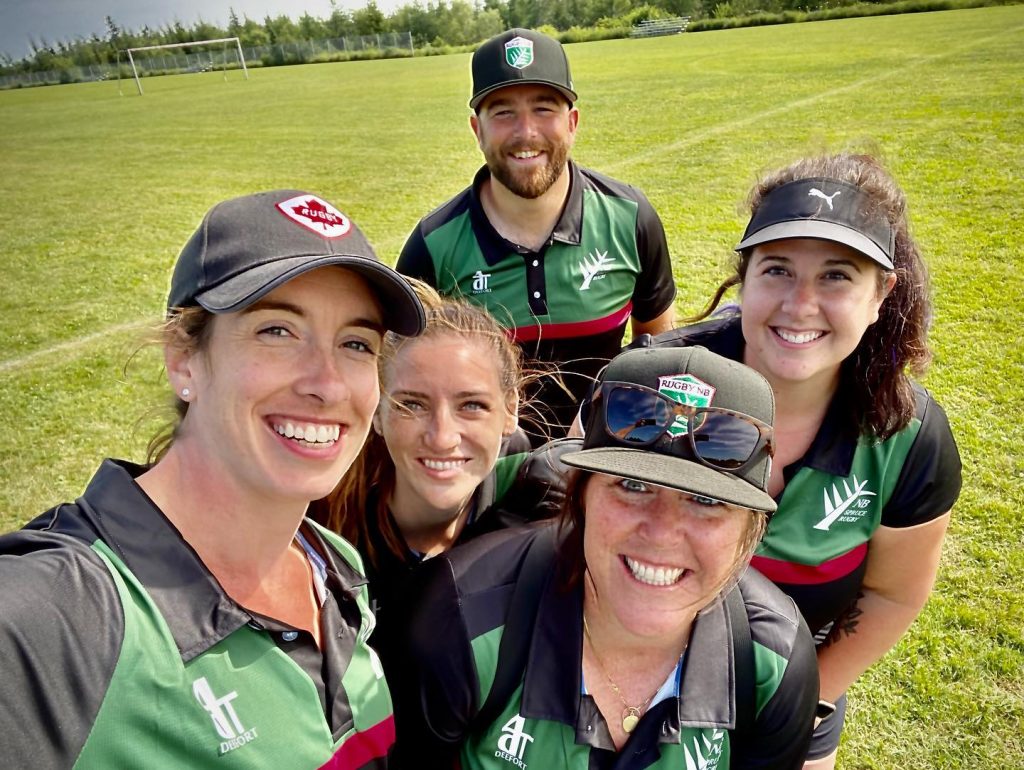 The fact that Rugby is a game that virtually anyone can play is a recurring theme for all three scholarship recipients.

As Duffley says, the fact that it is so inclusive and “naturally welcomes a variety of bodies and skill sets,” is a sport for everyone, and boasts values that have built a culture that is fun and inclusive is something that rugby throughout Canada should be able to positively leverage.

In Duffley’s opinion, more can be done to tap into the rich experience of rugby involvement. “I would love to see rugby become as common as soccer, basketball, or hockey in my lifetime. Ultimately, the goal for rugby is to achieve business results and revenue like other major sports. We have the potential for the big leagues, but instead our National players are barely getting by.” This is something Duffley would like to see changed, and to be part of that change excites both the player and the coach in her.

Vanessa looks forward to the opportunity to learn and grow by being part of the Women in Leadership Scholarship Program so she can return the investment back into rugby so that others may benefit as well. Networking with other passionate leaders and having candid and constructive conversation is something she looks most forward to.

Diversity in leadership is extremely important to Duffley, but walking the walk is key to its success. “Most people know that there’s a business case for having diversity in leadership. But it isn’t enough on its own. Each of us has the choice to learn how to be more inclusive and then the choice to be intentional with demonstrating inclusion. The leaders are those who will choose inclusion even when they don’t fully understand it or it’s difficult.”

It’s clear that Duffley has given a great deal of thought to her future within the sport. “Five years from now I see myself in more senior leadership positions, personally and professionally. My goals are to achieve my Level 3 coaching certification and further specialize my coaching in rugby sevens. I aspire to hold different board positions within the province of New Brunswick and beyond to drive meaningful change for our athletes, staff, larger rugby community, and key stakeholders. Ongoing, my goals are to continue to instill a lifelong love of rugby and rugby culture through my actions and interactions and foster an environment that enables individuals’ development as well-rounded people both on and off the pitch. 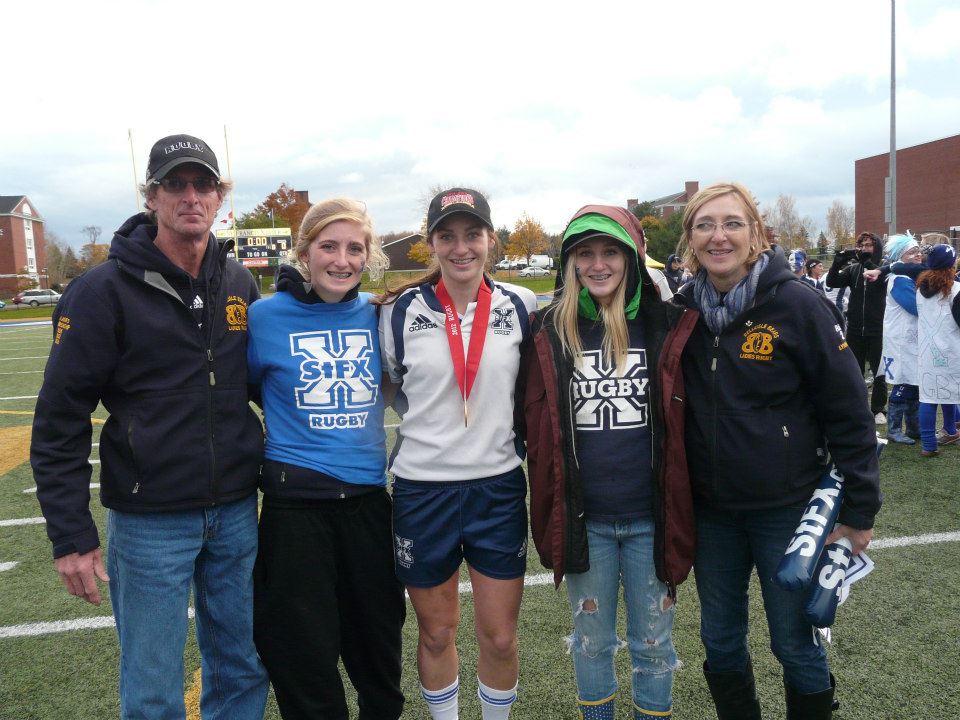 It is this forward-thinking, positive attitude which pleases Curtis Lauzon, Technical Director with NB Rugby Union. He was witness to the success of the provincial women’s 7s program under Duffley’s tutelage, with both parents and athletes praising what they felt was an extremely positive experience. He says, “Vanessa has been an outstanding contributor to Rugby NB for over five years.” Lauzon shares that an IDEAS initiative is soon to be unveiled, a program that “Vanessa built from the ground up and will undoubtedly be massively impactful on our organization.” He shares that Duffley’s administrative skills and passion for coaching are phenomenal, as is her love of the game.

“Vanessa is a huge part of our organization and we hope to have her a part of our team for many years,” Lauzon says.