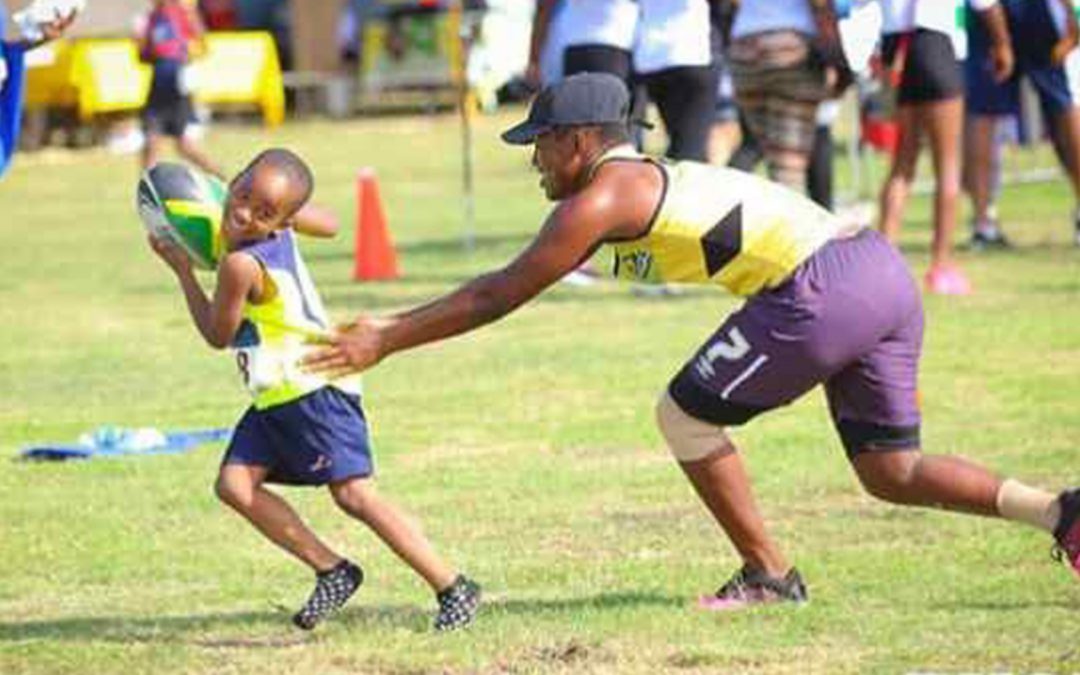 Shanique Smith, affectionately known as “NayNay,” embodies leadership in every sense of the word. She has used her athletics to fuel her motivation and to motivate those around her, particularly the neighborhood youth that she empowers, mentors, and coaches.

Taking on flag rugby in high school, NayNay originally walked away from the sport, choosing instead to focus her athletic attentions on football and netball. She was reintroduced to rugby in 2017, joining the Rookies Rugby Club, where she really discovered her passion for the game, and developed as a player. Transitioning to the Titans Rugby Club, NayNay found joy in putting her intricate footwork to the test, scoring tries, and securing her position as the highest-scoring kicker on the team. Her hard work and dedication during her first year was met with recognition by players and coaches alike, earning NayNay the MVP awards. It also secured NayNay a spot on the LadyCrocs, Jamaica’s national women’s rugby team. 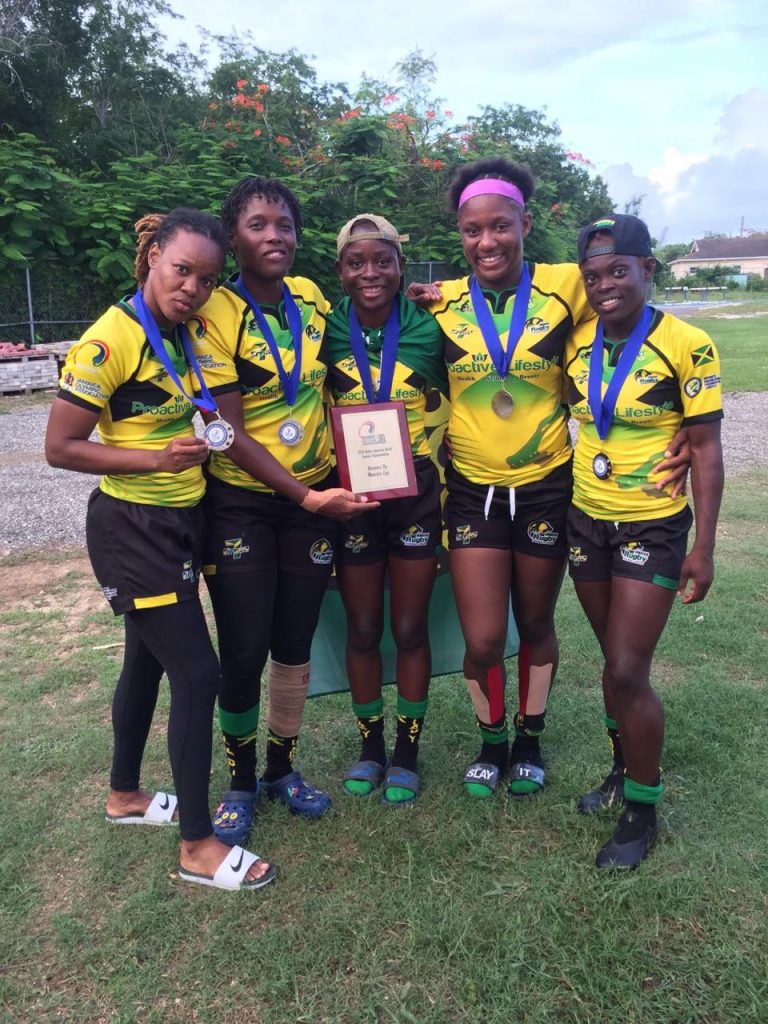 Reflecting on her many achievements, NayNay fondly recalls taking on USA South during the RAN 10s tournament in 2018. “One of my biggest rugby moments was representing The LadyCrocs in Mexico during the RAN 10s in 2018. We were number one in our pool, where no one expected us to be, and I was only 1 year into playing semi-professional rugby. In our first game against the USA South, we fell short, but we met them again in the finals. Going against USA South in the finals was nerve-wracking; we were a young team with less experience and resources than USA’s team. Our coach didn’t say much to us after the first game with USA South, other than to ask us why our heads were down. He told us that we all had what it takes, we should lift our heads up and show them what we were made of. For me that was the hardest I had ever seen the girls play. We started things off with a bang, scoring two tries back to back that shocked the USA team. The heart, the fight and the passion that the girls showed, knowing that we all shared the same mindset, goal, and fighting spirit, was the most amazing feeling. USA South did score on us once, but to know that we were showing the big girls we had fight was the best feeling ever. With 2 minutes on the clock to win, fatigue was kicking in and they found a gap in the line, taking advantage of the opportunity to score. We lost the game but knowing that we went out there and showed them what we were made of, that was one of the greatest moments for me, especially as it was only my second time representing my country.” 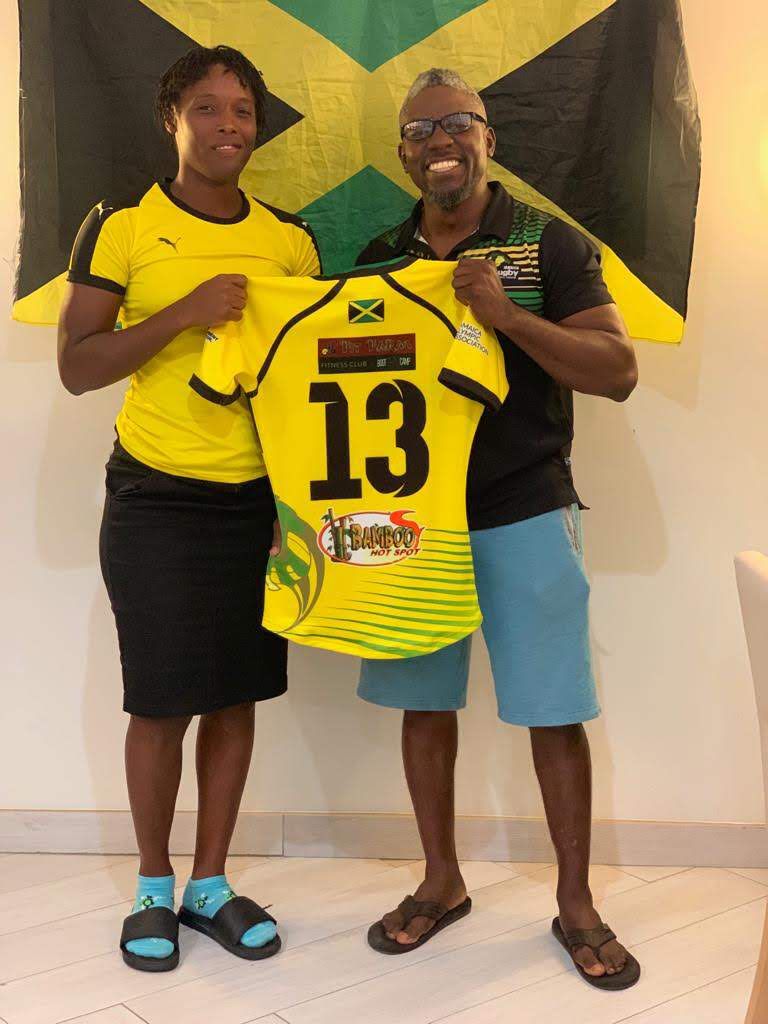 Today, you can find NayNay on the pitch surrounded by children. “I have always had a passion for kids – I love being around them, likewise they like being around me. Being around them gives me joy and purpose. Whenever I train, kids in the neighborhood always ask if they can join me in training or if I can play rugby with them. My answer is always yes.” Seeing the desire and excitement that the children around her feel for rugby gave NayNay an idea. During the pandemic, when everyone was home, NayNay would give all of the children in her neighborhood a time and meet point. Then, like the Pied Piper, she would take all the kids to the field to play. “My favorite part about youth coaching is when I show the kids how to perform a drill and everyone locks into what I’m doing and attempts to replicate it on their own. The focus, the drive, and the happiness in these kids’ eyes when they accomplish a new rugby skill or successfully complete a play is one of the reasons I love coaching kids.”

NayNay has coached across a wide range of age groups, taking on kids as young as 3 years old and as old as 23. However, she’s found the sweet spot, with kids from ages 6 to 12. “You can really grab their

attention and mold their minds. I love to help them grow through rugby as I did and to play a role in their coming up.”

NayNay has primarily been coaching in an underprivileged neighborhood, where she is facing challenges unique to not only the local economy, but also the location. “The number one challenge that I face with youth coaching is a lack of equipment, particularly shoes and refreshments. We often find that we have to make do with a lot less. For example, some of the kids won’t have any sneakers to play in, so I’ll set aside some of my own funds to purchase shoes for those who can’t afford them. Most of the kids don’t bring water with them, so I bought a big bottle that I fill with water so that they can stay hydrated, even if they can’t bring their own water. The most difficult challenge might be the fact that our field is located across a gully. We could walk around, but the risk would be walking alone with 20+ kids on the road and I would never want to do that. The iron that connects us to the field has been broken for some months now, so I have to bring a ladder to help the kids and myself get across to the playing field.” While these circumstances are challenging, they don’t deter NayNay from her goal of providing these kids with an exposure to rugby, and all that the game has to offer. 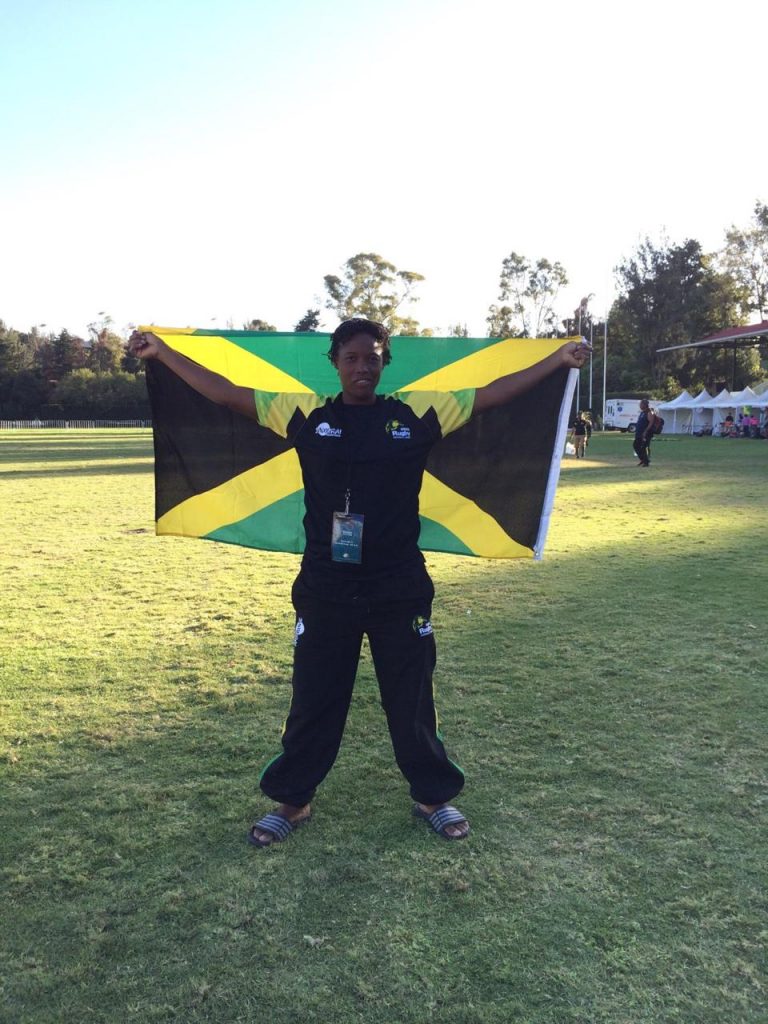 “After 5 years of playing rugby, I have come full circle. I now coach the Rookies Rugby Club team that I first started playing for. When I look towards the future, my goal is to develop a team in the surrounding community in which I live over the next 2 to 3 years so that they can have something positive to look forward to in life. Because of how the country is running, their minds can be easily led astray, and I want to bring something positive to their lives.”