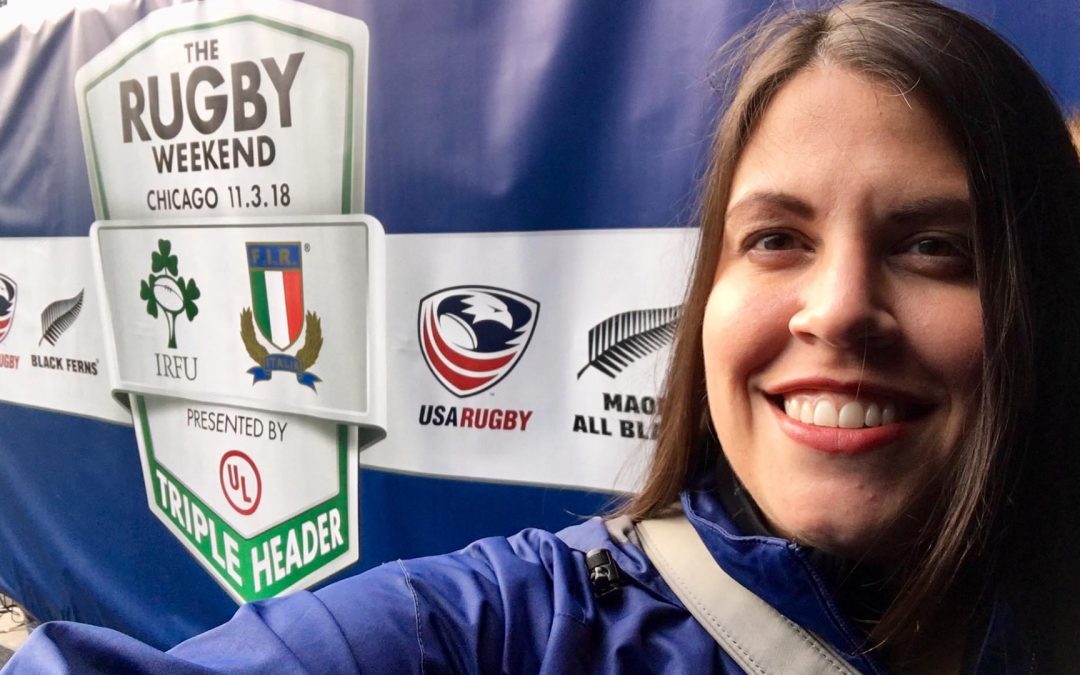 An athletic high schooler, Kat Aversano discovered rugby in college. Originally intending to try out for the volleyball team, Kat found herself at a rugby practice in an effort to fill her spare time. Discovering a sport perfectly matched to her physicality, she was immediately sold, and quickly found herself as the starting prop. “I stuck with it because it was the first sport to fully appreciate the power of my body and tell me not to hold back. As a woman it is empowering to play a full contact sport where you are expected to be powerful, to take up space, and to excel under all the same rules and equipment as the men.” Stepping away from the sport after college, a catastrophic skydiving accident brought Kat back, in search of finding her strength, her persistence and her voice.

Fast forward a few years, and Kat has dedicated herself to the coaching and administrative side of the game. Starting off as a grassroots high school coach in Virginia, Kat has always felt that she had more to give. Her hard work has recently paid off, after spending years cultivating networks, Kat has elevated herself into positions that contribute to several different initiatives across the rugby community. While she’s proud of her efforts, Kat admits that her path hasn’t been an easy one. 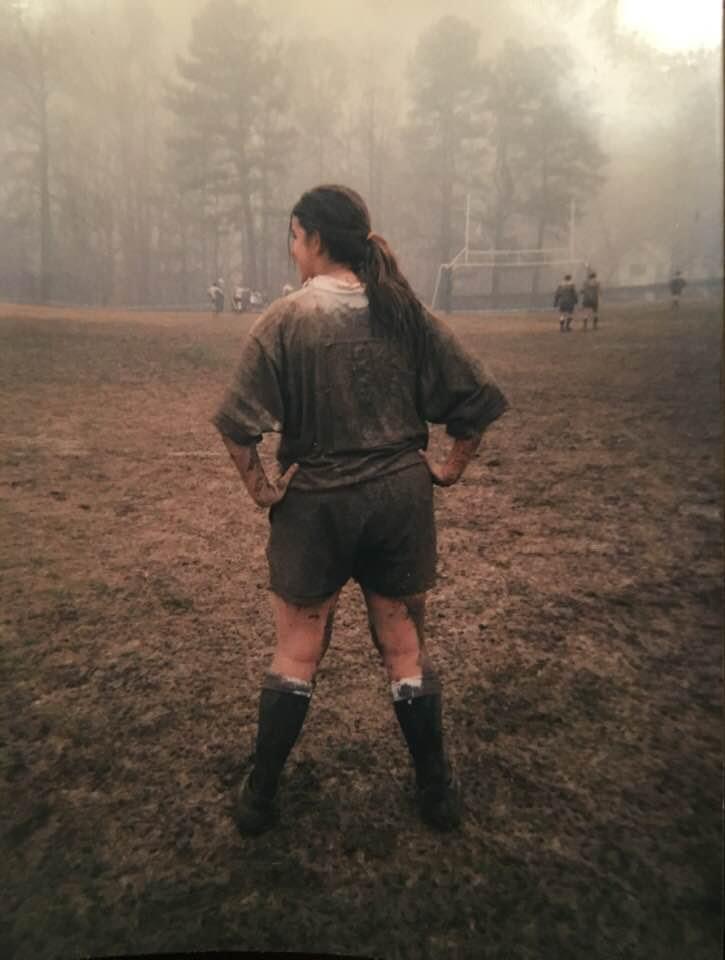 “I tried many times to break into rugby leadership, but people did not want to hear my message of organization compliance (creating policies, adhering to financial reporting, etc.) or professionalizing rugby, especially at the youth and high school level. We need to be able to compete with other youth sports and that requires rugby to be organized in order to fit into these carefully planned schedules that parents keep for their kids. Putting out a tournament announcement a month before an event or a match time the day before a match doesn’t cut it. Eventually, it took the collaboration and support of coaches from competing girls rugby programs in the Mid-Atlantic to create a regional competition separate from our state competitions. I took the lead as Commissioner of the Conference, getting input, creating the competition schedule, and resolving complaints. From there, Rugby Maryland President John France asked for my involvement as Girls Tackle Commissioner even though Maryland was not my home state of play.”

The spring of 2020, saw the USAR’s bankruptcy agreement requirements put into place, forcing each community rugby group to manage themselves. Representatives were nominated by each youth and high school region. After receiving a nomination from a state officer in Maryland, and support from grassroots coach and administration in Virginia, and the backing of many other states, Kat earned the position of Regional Director on the Board of Directors of USA Youth and High School Rugby. “I came into this role with a great deal of passion for the game, but firstly to get an idea of how it all worked and where the overall process could be improved. We are currently at the early stages of trying to provide the improved basics like registration and insurance to our members. In this role, there is a great deal of guidance and communication that I hope to be able to build over the years for our membership. One bit of work that I am particularly proud of was the inclusive stance that USAY&HSR took toward youth trans athlete participation in rugby. In fall 2020, World Rugby asked NGBs to gather feedback on a proposed transgender athlete ban and we submitted our 8-page response to USA Rugby. To put my legal experience into practice and author the Y&HS response, was incredibly meaningful to me.” 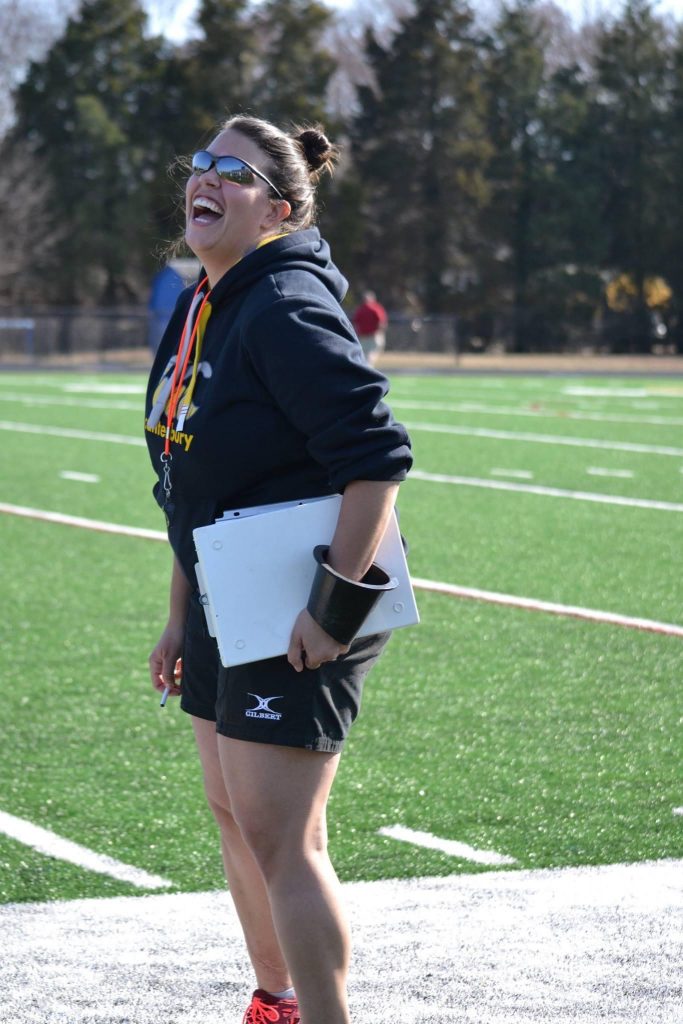 Over the past several years, Kat has also offered guidance as a Board Member of the Roberson & Sullivan Rugby Foundation (RSRF). As a Historical Black College and University (HBCU) graduate of Howard University Law School (HUSL), Kat was immediately drawn to supporting the RSRF mission of funding HBCU rugby. “HUSL teaches it’s law students the responsibility of being social engineers. When I saw that Carille Guthrie had started a foundation to get rugby into HBCUs, beginning with Howard University, I contacted her to offer my assistance.” In the August of 2021, Kat stepped down from her role as Board Member, to take on a new challenge, as the Head Coach and Program Director of Howard Women’s+ Rugby Club at her alma mater, Howard University. Howard recently completed it’s first year of college competition in the Capital Conference.

Attending the WRCRA Conference in January of 2020, Kat was ecstatic to learn of the USWRF Women’s Rugby History Project. A career as a Legal Historian and Information Specialist for the Federal Government, meant that Kat could offer helpful insight and expertise to the project. “When the history project was announced by Kerri Heffernan at the 2020 WRCRA Conference, I approached with an idea of how to tackle the hard-copy document archival process and how to apply the ethics of public history. In this capacity I am the Curator and Digital Project Subject Matter Expert of the effort. Over time, the project expanded with greater involvement and creative minds into more than I would have imagined. It really is an exciting project to help lead.” With her guidance, the project digitized over 1000 documents to be submitted for permanent preservation at the Library of Congress, creating both an online museum and pop-up exhibits to showcase the history of women’s rugby in the U.S. The Women’s Rugby Museum Tour will launch this summer, with 5 scheduled stops at large-scale rugby events across the USA. 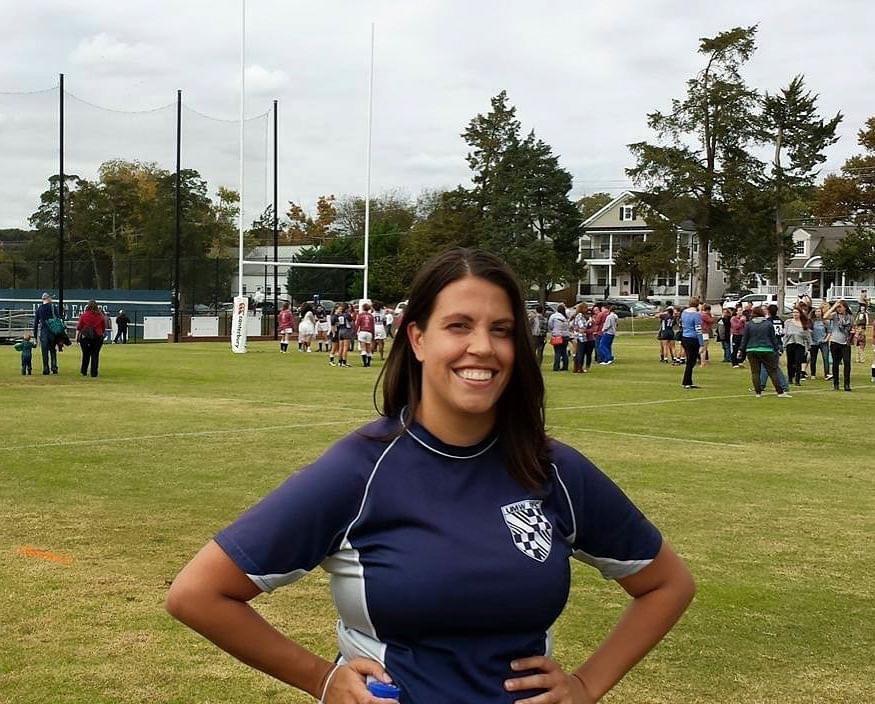 Additionally, Kat has earned her certification as a World Rugby educator. She has stated “being present to help guide new coaches is another rewarding way to support the community and help coaches more effectively communicate with their athletes. On an individual level, if we meet athletes where they are, we can create the optimal learning and growth environment for each person.”

Although each of these roles are different in nature, they all play an important role in Kat’s life. Whether that is preserving women’s history, expanding rugby to be more inclusive, or coaching BIPOC and low resourced women, Kat is willing to dedicate her time and expertise to leave a lasting impact in each area.

While it’s been a tough journey, Kat isn’t going to let anything stand in her way as she strives to accomplish her goals. “Personally, my biggest challenge is navigating a structure of entrenched leadership and entrenched thinking. Change is very difficult in U.S. rugby since it is mostly volunteer driven. There is great autonomy provided for the individual unions which has led to problems like few standards and low expectations. Without standards, bias, lack or professionalism, and all kinds of – isms have the ability to run rampant.

Leadership and administration is run by persons who can traditionally afford to spend extra time and money on something like rugby. An even more challenging aspect is the additional free-time needed to grow personal relationships – which usually means offering to help.” While she is currently a Senior Club, and University coach, Kat has provided her experience and time to many endeavors along the East coast from youth clinics and college camps to senior club and IGR skills sessions as well as inclusive rugby efforts. “All of the outreach efforts helped to build my network, but at a cost to both my personal time and bank account. Rugby asks a great deal of its coached and administrators. Due to lack of planning, everyone has to be flexible. The expected sacrifice means most women and especially women of color, cannot advance their leadership roles. Work and home expectations disproportionately fall on women and these women run out of time. There are many leaders that could contribute, if rugby could get itself organized. As a woman in rugby leadership, I am definitely an outlier as are my views regarding intentional inclusive action and holding rugby to higher standards of organization and governance.” 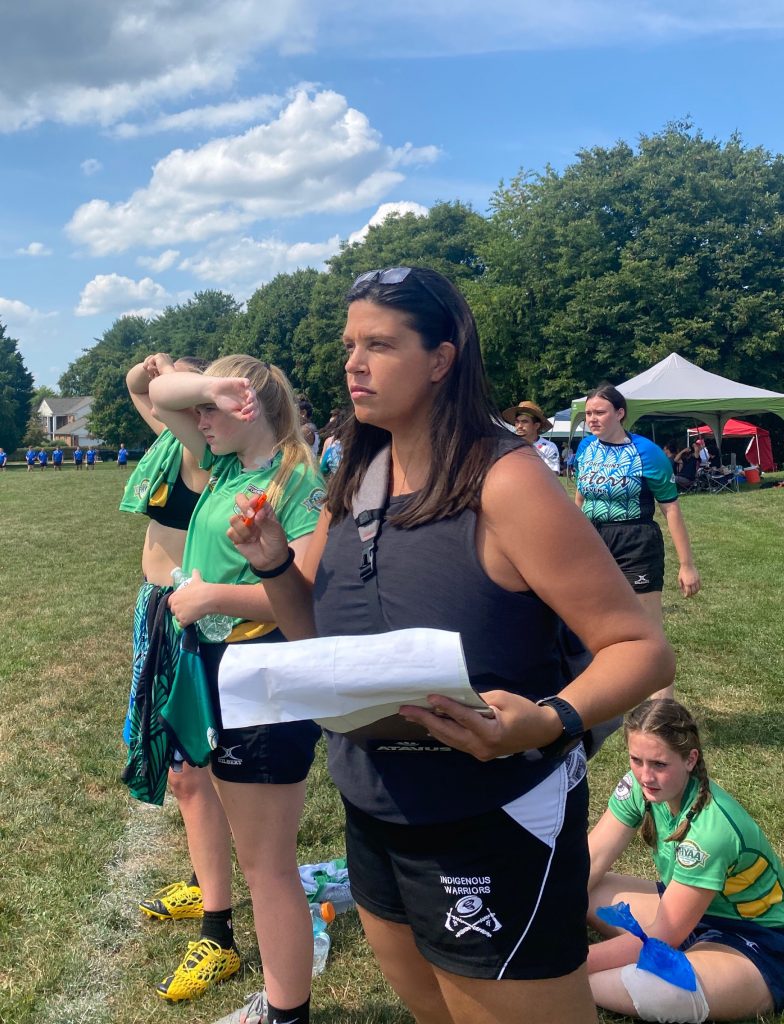 “United States rugby has a history of women taking the initiative to make things happen and I am happy to be seen as another link in that chain, but the worry about burn-out is a real one. There is still so much to accomplish.” Kat has leaned greatly on women who have paved the way and are still plugging away in other roles across the country. “The ability to find other ruggers in the community who are persevering despite setbacks has been essential to any success I have. My relationships have allowed me to reflect and think strategically about the work. One thing is for certain that the U.S. is in need of people who can plan and execute a long-term growth model beginning with getting the grassroots community support. And we need this experience specifically in regard to the American sports landscape. Once those people show themselves, they need to be trusted to move the organization of the game forward.”