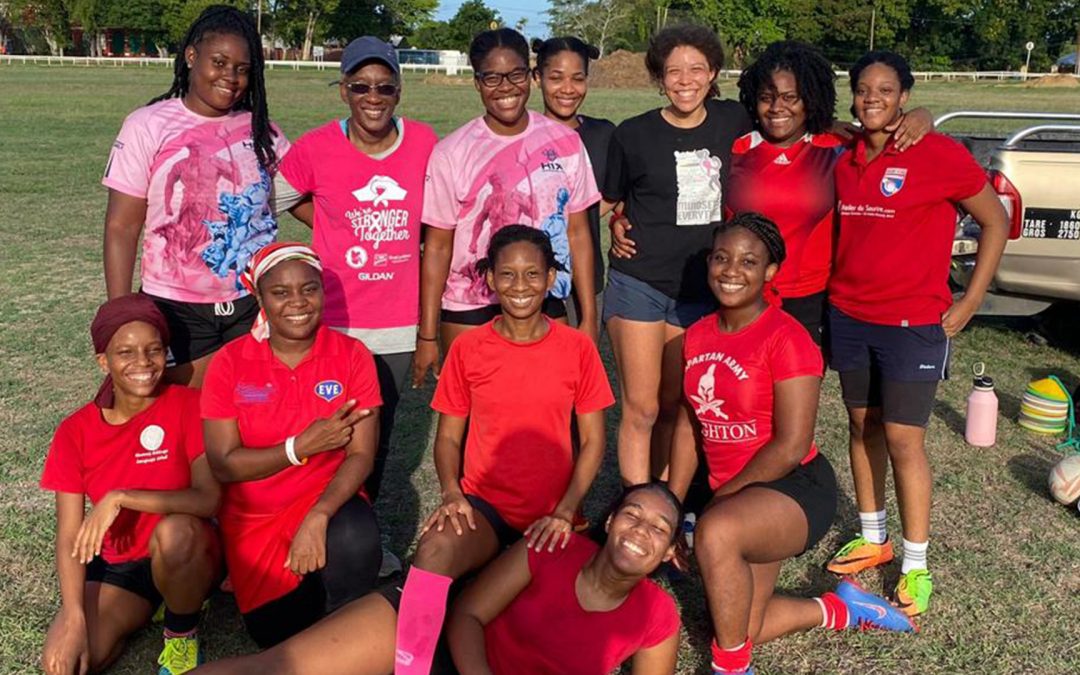 Danielle Phillips is a force to be reckoned with in the Barbados rugby community. Whether you meet her on the pitch or in the board room, she is passionate about the game of rugby and the support required to run a successful programme.

Rugby was not a sport that Danielle ever imagined herself playing. After transferring to a new school in 2005, she was looking for new hobbies, and a way to get to know her classmates. When a classmate invited Danielle to accompany him to rugby practice afterschool, she was apprehensive. Weighing in at less than 100 lbs, her immediate reaction was that she was too small to play rugby. Embracing her love for sports, Danielle put her head down and decided to give rugby a chance. 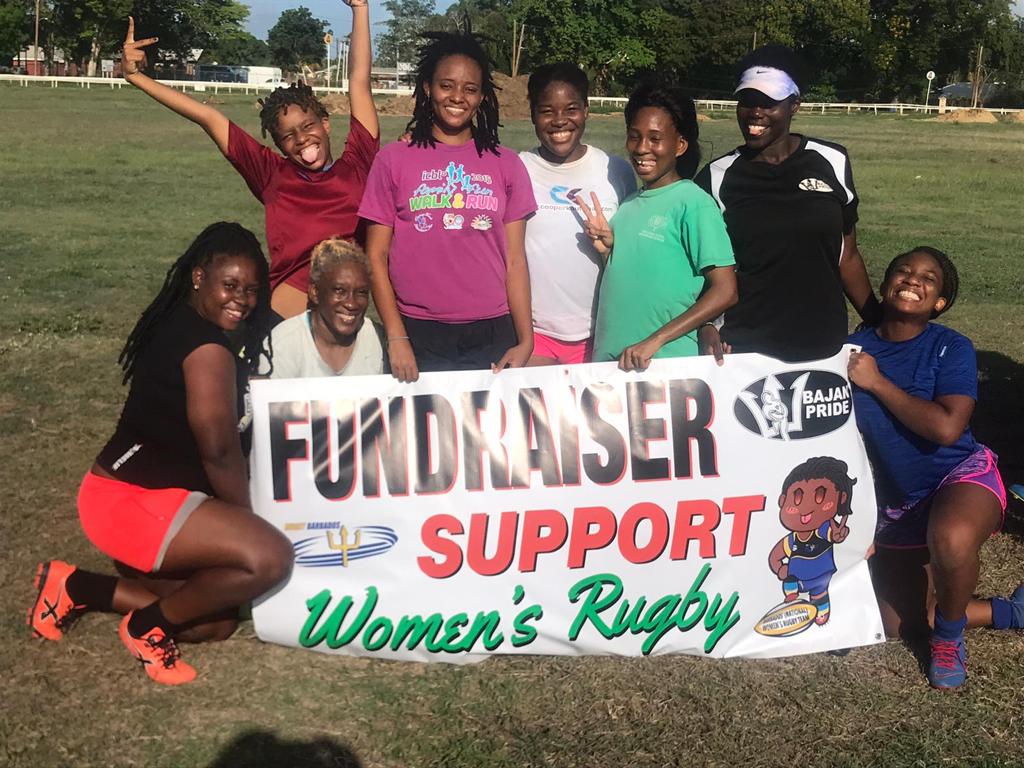 Fondly reflecting on her first training session, Danielle recalls, “Much to my surprise… I sucked! I was used to playing sports and being pretty decent, but this was not the case for rugby.” It was this lack of skill that drove Danielle to improve her game, “I HAD to get better at rugby, my pride wouldn’t let me walk away without trying again. So, I kept going back and getting better, and then the after-school coach invited me to attend the national sessions of the newly established and growing Senior Women’s Team.”The rest as they say, is history.

Today, if you can’t find Danielle on the pitch, representing the national team, you’ll find her behind the scenes, as Technical Director of the Barbados Get Into Rugby program. While those are the roles she currently occupies, Danielle has also represented the national squad as captain and interim coach. Additionally, she played a role in establishing Barbados’ first Women’s Rugby Club. 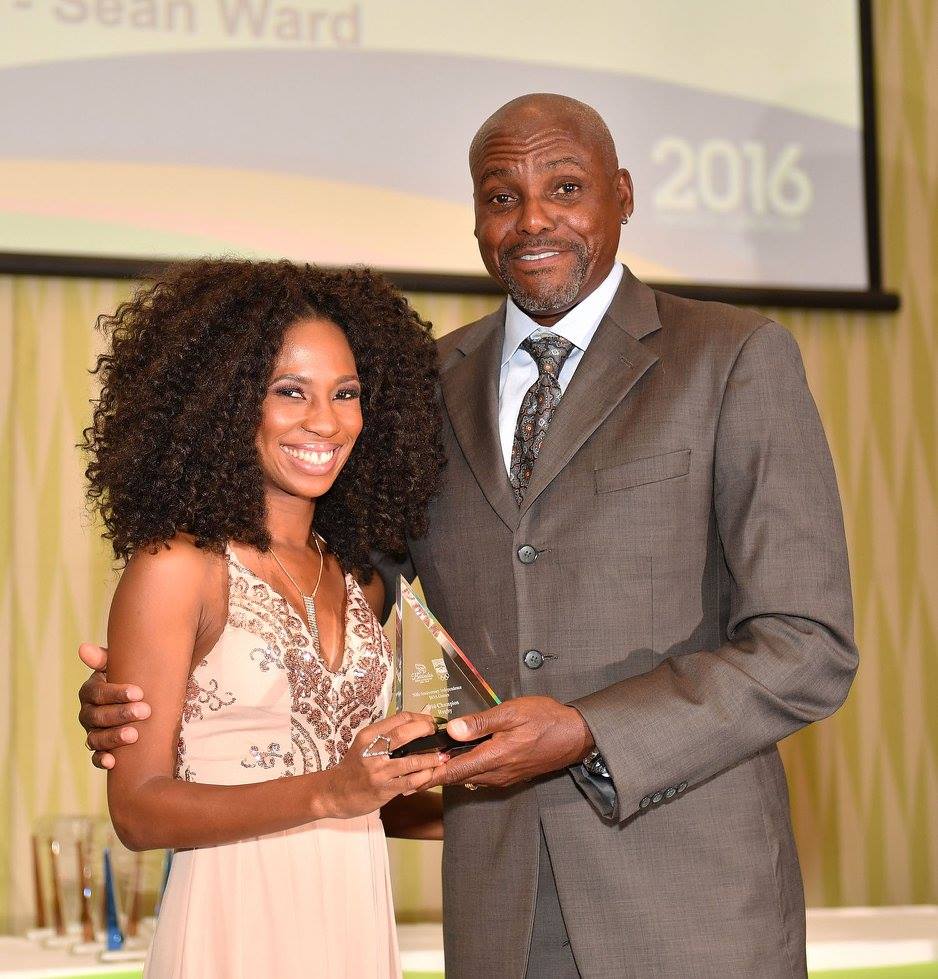 “When I started this rugby journey, I definitely didn’t expect that over a decade later, I would still be playing or this heavily involved as an administrator, but I am glad to have had these opportunities presented to me as a result. I have been fortunate to provide women with access to sport by forming the Women’s Rugby Club. It is through this club that we are able to be a part of the democratic process at the union level, where as before, we didn’t have a voice. Now, we can represent our interests and askquestions. I am so glad to have been one of the persons involved in making that possible.”

Reflecting on her growth with the Barbados Rugby Union Danielle has experienced some major life achievements on and off the pitch. “As a player, my favourite memory is from 2016. We were celebrating the 50th Anniversary of the Barbados Olympic Association (BOA) Games. I was named Rugby Player of the Year and received my award from former American Track & Field athlete Carl Lewis, who I watched at the Olympics as a child. It was quite an event, with many local athletes being recognized, and I was proud to be a part of it, representing the sport that I love. As an administrator, my proudest moment is related to a recent project. I was fortunate to be involved in Project Greenlight, creating a promotional rugby video for women. It took the team a few months to complete, but we were able to create a short video, which we hope will encourage other women to play.”

Growing the youth and womens programmes is not without its challenges, some of which Danielle has become familiar with. “My biggest challenge for women is always funding which causes a domino effect in a never-ending cycle. Girls need to be motivated to come to practice, but you need to practice for games, in order to get more game time, you need to travel, to travel you need funds. We have been stuck in this loop for quite some time and I am really trying to create some change, anyway that I can.” While funding is Danielle’s biggest challenge, it’s not one that she shies away from. Danielle is committed to finding a solution, no matter what it takes. “Using rugby to create opportunities is the most effective way to “sell” this sport to local girls and women, as we are also battling cultural norms and general misconceptions about the sport. Even though I have not quite found the right recipe, I am continuously going back to the drawing board, looking for new ways to move female rugby forward.” 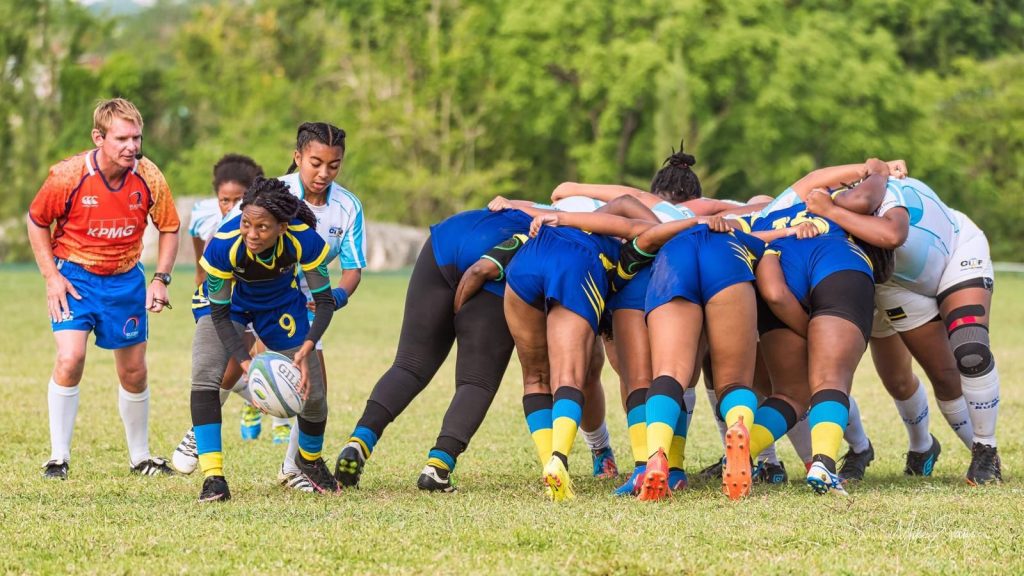 Looking to the future Danielle is optimistic for opportunity. “For women’s rugby, I want to see more opportunities… more opportunities to play, to represent ourselves, to hone our skills and the show the strengths that we can grow to as individuals and as a team, on and off the field. For Barbados Rugby, I want to see us show up and show out! I want to see the quality of rugby grow exponentially for both men and women. We have so many talented players and coaches, but we all have to be consistent inour endeavors and be intentional with the steps that we take going forward and aligning our goals.”