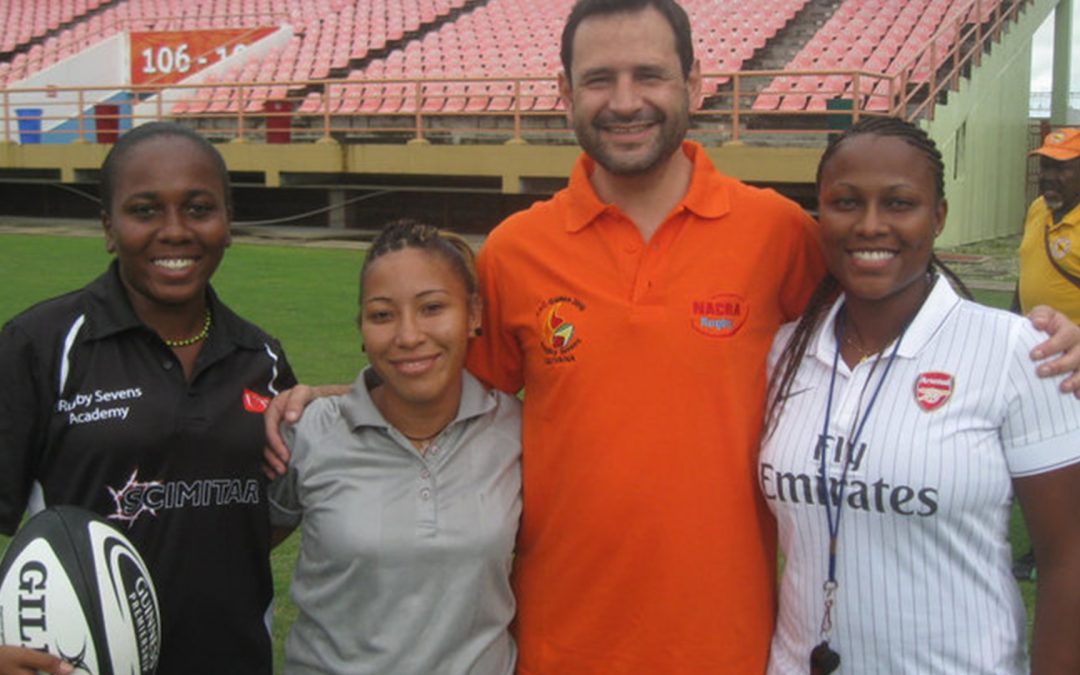 Standing at 4 feet, 6 inches, Carrin Carter is affectionally known as “Pocket Rocket”, a nickname given to her by former Guyana Rugby Football President, Keith Nesamento. Carrin’s small size has always caused a little bit of a shockwave when people find out she plays rugby.

“I was introduced to rugby back in 2005. At the time, Guyana was forming a women’s national team to participate at a NACRA tournament in Barbados, led by Lawrence Adonis, known to us as Uncle Larry”. Carrin not only made the team but was selected as Captain. This tournament holds a fond spot in her heart, particularly her arrival in Barbados, “I was the smallest person on the team, and I remember when I was clearing immigration, everyone was kept asking me “you play rugby?” 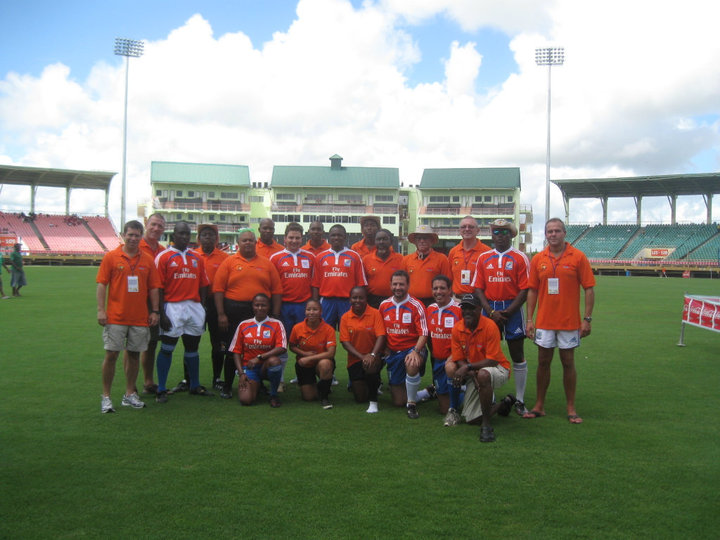 Carrin continued as national team captain for three years. It was during this time that she gained more knowledge of the game, becoming a touch judge, and undertaking courses to become certified as a referee and a coach. Carrin was sidelined by surgery in 2009, leading her to take some time away from the game. Her time off the pitch continued into 2011, when she gave birth to a daughter, Leona. Taking time off to focus on her family, Carrin made her return to the pitch in 2014, immediately applying herself to getting back on Guyana’s national team. She was successful in her endeavor, utilizing her experience and knowledge of the game to earn a spot on the team.

In Carrin’s eyes, rugby has provided a wealth of opportunity, “being a rugby player has helped me to become an ambassador for my country. It has taught me discipline; it’s allowed me to travel and see other countries. I’ve made new friends along the way, who I now consider family, and it’s exposed me to other cultures.”

Reflecting on her rugby career and achievements, Carrin is most grateful for the opportunity to learn. “Being on the national team has helped me to gain more knowledge of the laws of the game; I have watched other teams play and learned their structure and skill levels. This has helped me to grow as an individual, and team player, inspiring myself and my teammates to always try to improve our game.” 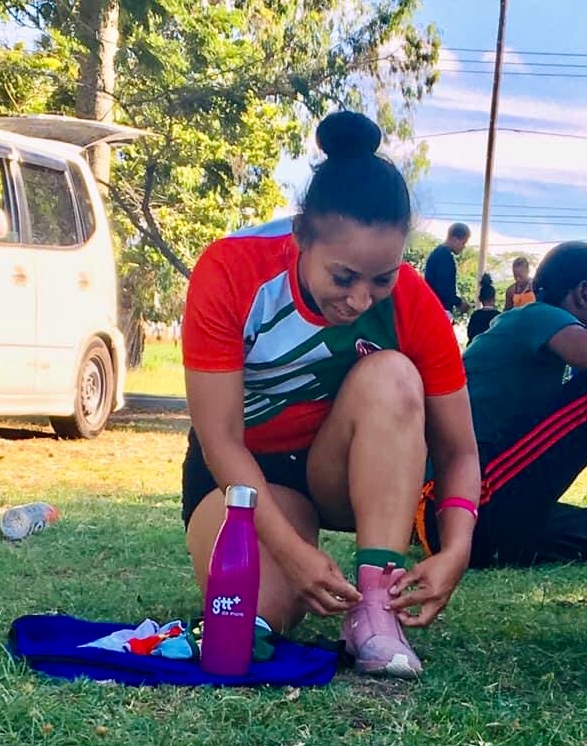 After returning to the national programme, Carrin dedicated herself to developing the game of rugby in Guyana. In 2016, she was appointed as the Youth Development Officer, alongside Theo Henry, and began implementing youth rugby at St John’s College. She then moved on to other schools including St. Agnes Primary, St Angelo’s Primary and South Ruimueldt Secondary. Carrin’s work expanded outside the school system into the Juvenile Holding Centre. In addition to her roles in the school system, Carrinspent her Saturday’s at the National Park, with the GRFU, coaching youths from the Sophia Care Centre, the Drop In Centre, and Joshua House. Showing her devotion to coaching, Carrin has also been known to collect youth participants from church, escorting them to the field for training.

Over the past few years, Carrin admits that Guyana Rugby has been impacted by the pandemic. Like many small nations, the pandemic restrictions have affected access to sport in Guyana, but Carrin won’t let this stop Guyana Rugby.

Looking to the future, the outlook for the GRFU is bright. Carrin is hopeful that the women’s team will get more experience, allowing them to compete in bigger tournaments at a higher level.

She’s hoping that the added exposure will help rugby to become more recognized in Guyana. Carrin is also optimistic that she will be able to put her knowledge of the game to work, creating rugby workshops and scholarship programmes, available within the GRFU. Carrin considers rugby her passion and is looking forward to imparting that passion on young women throughout Guyana. 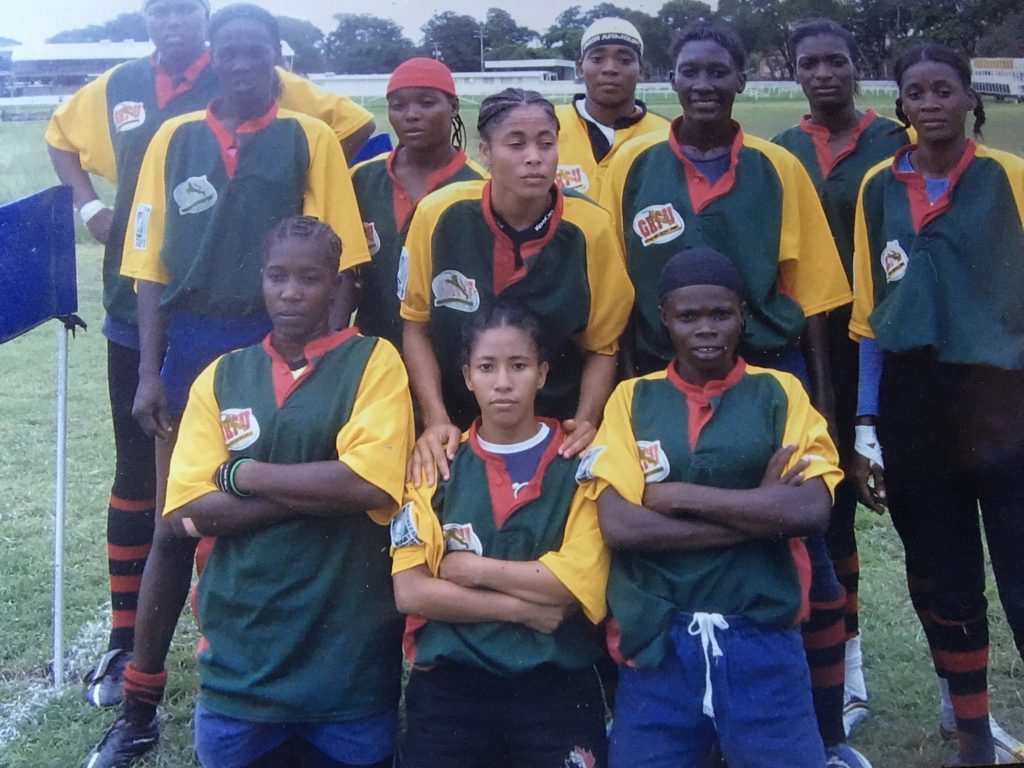