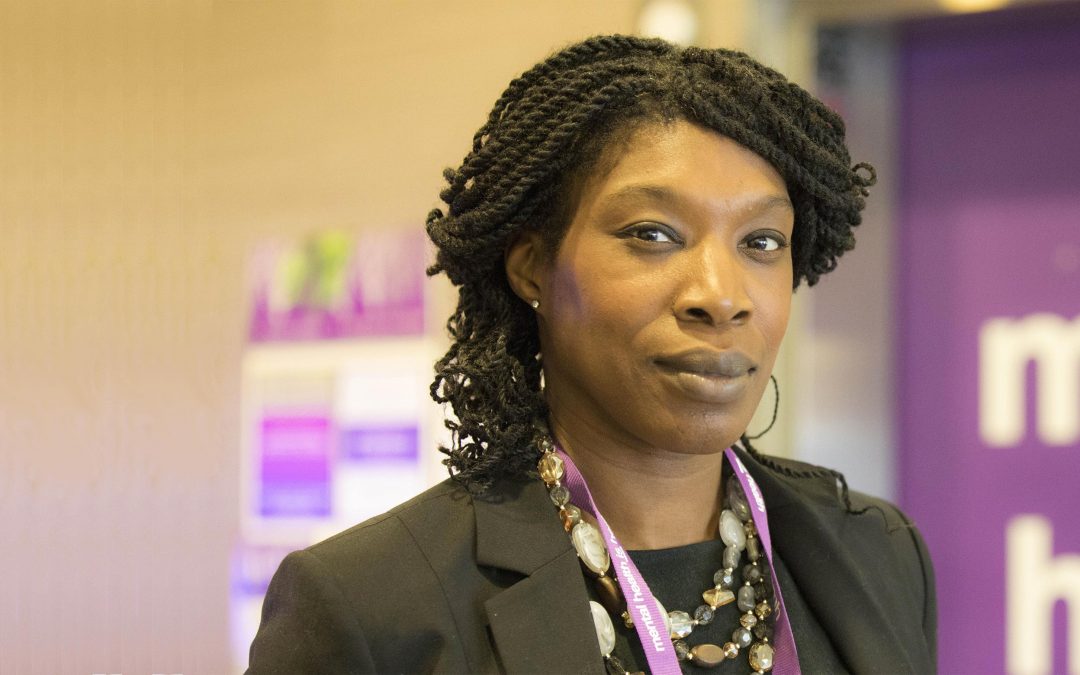 Former Canadian national rugby player and recent addition to the Rugby Americas North’s Executive Committee, Dr. Araba ‘Roo’ Chintoh, is a woman on a mission. As one of the first ever recipients of the prestigious World Rugby Executive Leadership Scholarship programme for women, Roo says she is committed to breaking down the existing male-dominated rugby network by lending her hand to developing and empowering women across the entire fraternity.

In between her ‘day job’ as a Physician and Clinical Investigator in Schizophrenia at Canada’s largest Mental Health Teaching Hospital, this 42-year old self-confessed ‘nerd’, rugby lover, and new mom shows no signs of slowing down in her quest for gender equity in the region.

Roo has a long history with rugby – she was first introduced at an early age by her sister, who also played. “I just instantly fell in love with the game and the rugby community,” she says.

Despite this, Roo did not start playing until 19 years old at the University of Toronto, however it didn’t take long before she was recruited to the Canadian Women’s Team where she remained a force to be reckoned with for six years until hanging up her national boots in 2006.

“One of the absolute highlights of my career was the 2002 Rugby World Cup in Barcelona; to represent Canada at that level was a very proud moment for me,” says Roo.

While she is most well-known for her national days, Roo has also played for the representative teams, Rugby Ontario and Rugby Québec, as well as McGill University and the Toronto Scottish RFC. Even when she moved to England to study Medicine in 2008, she continued playing in the English Premiership League before officially retiring from the sport in 2013. 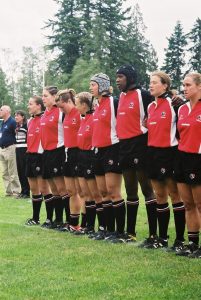 The road to RAN …

In 2018, when World Rugby announced its new Executive Leadership Scholarship programme for women, Roo jumped at the chance to apply. At that time, she held a governance position with Rugby Canada, so she applied to broaden her knowledge with the vision to make a difference at a high level in her beloved sport of rugby.

“The fact that World Rugby had committed to support women from around the world to develop their leadership skills was a big move,” she says. “The thought that I could pave the way for other women to take on larger roles in all domains of rugby was too exciting an opportunity.”

Through the scholarship Roo was connected with a mentor whose World Rugby portfolio included ‘player welfare’. “It was the perfect alignment to my profession and my passion for rugby,” she says.

During this time, she was given the chance to join these two worlds further when she was asked to provide important guidance on the World Rugby mental health resource module, MINDSET, which is still in use.

Roo’s journey continued when she was then selected as a Board Member of ‘Own the Podium’ – a not-for-profit organisation providing recommendations about financial support for Olympic athletes and teams. However, because Rugby 7s is included as an Olympic sport, Roo’s parallel role on the Board of Rugby Canada was considered a potential conflict.

“After seeking much guidance, I made the difficult decision to step down from Rugby Canada,” says Roo. “I just felt Own the Podium would give me a different perspective and further develop my governance skill set, so my focus on rugby at that time took a back seat.” 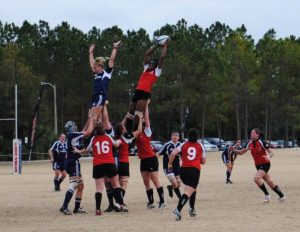 This year, in an interesting twist of fate, Rugby Canada re-approached Roo to ask if she would represent Canada on the RAN Executive Committee. “I didn’t hesitate to get back into rugby governance and to take on this exciting opportunity to use my skills to expand on player welfare and mental health,” she says.

And, Roo is wasting no time in realising this dream. She is currently creating a player welfare resource manual which she hopes to soon roll out to RAN and beyond. She is also part of the RAN Women In Leadership Development group helping mobilize women from around the region to develop themselves and creating opportunities for women in rugby. Not only that, Roo was recently appointed as a player representative to the World Rugby High Performance Committee and is now working with World Rugby to review a policy for transgender rugby players.

Even with such vast contributions to rugby, Roo says her vision is simple. “All I would really like to see is sustainable funding for women in rugby so that they can represent their home nations at no cost to themselves,” she says. “There is immense value in the involvement and support of women in sport in general, and the time is now to realise this to its full potential.” 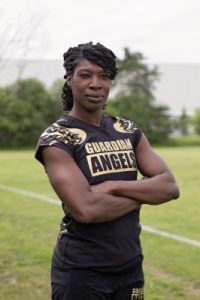 Dr. Araba Chintoh competing with the Guardian Angels in Ontario