Will Hooley on USA’s historic 2018 win over Scotland 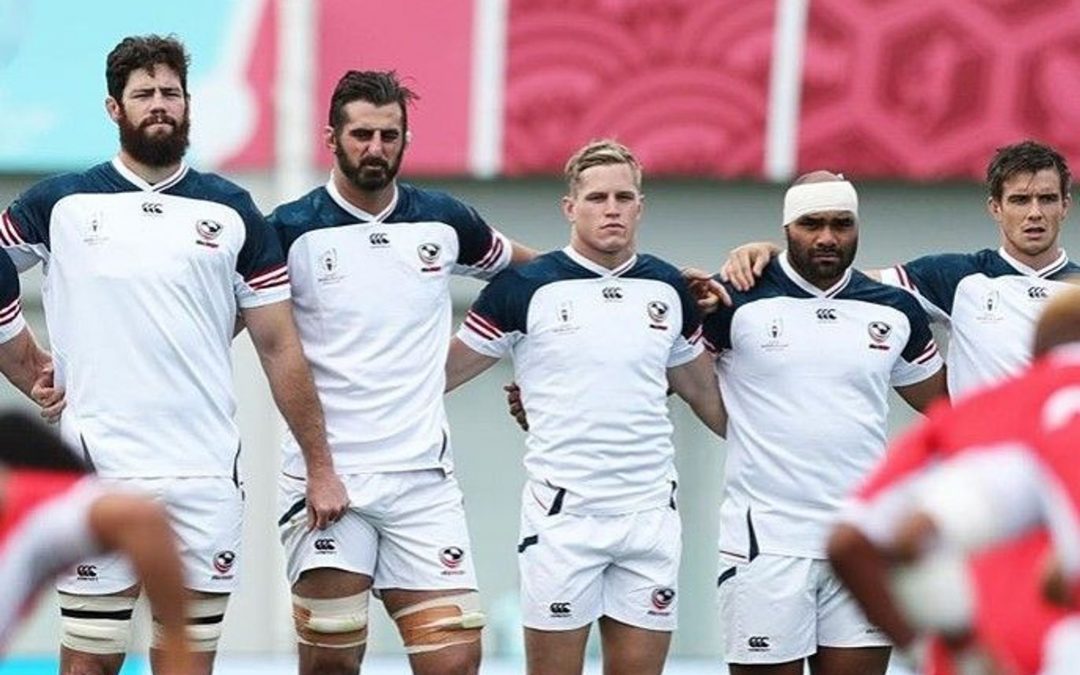 In quite possibly their biggest victory since they won gold at the 1924 Olympic Games, the USA beat Scotland for the first time in stifling heat and humidity in Houston two years ago.

With over 14 points and nine places separating the sides in the World Rugby Men’s Rankings before kick-off, this was some result. Never before had the Eagles got the better of such an established rugby nation.

It did take a last-gasp missed conversion from Blair Kinghorn for them to secure the historic win, but only the most one-eyed Scottish supporter would have denied the Eagles deserved to get over the winning line.

There was no sense of the drama that lay ahead, however, when Kinghorn flew in for the first try of the match with just under a minute on the clock.

“I remember standing under the sticks and we all felt frustrated because, ultimately, we felt like we’d gifted them early points. That try came from nothing really,” said Will Hooley, who was winning the third of his 15 caps at full-back that day.

“We were quite proud of our defence during the ARC (Americas Rugby Championship) and then, again, in the game against Russia the week before (a 62-13 win).”

Having conceded two more tries from driving mauls and seen Samu Manoa depart to the sin-bin, the USA could have wilted in the sweltering heat.

BACK IN THE GAME

But buoyed by the home support and a run of five straight wins going into the contest, the Eagles refused to lie down for long. Joe Taufete’e scored the first of his two tries and AJ MacGinty slotted the conversion to add to his two earlier penalties for a half-time score of 24-13 in Scotland’s favour.

“The crowd got right behind us and we scored just before half-time and, therefore, we went into the break feeling we were back in the game,” said Hooley, who plays his club rugby in England with Saracens.

“For the last 20 minutes of the first half, we were probably in the ascendency a little bit.”

Taufete’e, international rugby’s most prolific try-scoring hooker, added another in typically rumbustious fashion as the Eagles picked up where they left off at the start of the second period.

The excellent MacGinty took care of the conversion and then added a penalty and suddenly it was a one-point game.

“I have to admit that’s one of the best performances I’ve seen Joe put in, and I’ve seen him put in many a good performance,” asserted Hooley.

“I really did think Joe and AJ MacGinty were exceptional that day, I felt they were the two best players on the pitch.”

That is some claim considering Scotland included British & Irish Lions star Stuart Hogg as captain and full-back in their starting line-up.

“It was also the day that big Paul Lasike made his mark,” added Hooley. “I think Scotland knew that we had a strong inside centre, I just don’t think they realised how strong and big this guy was, and also his agility and ability as well.

“I think everyone, from one to 23 that day, put in a really good shift.

“Did we catch Scotland off guard because they rested a few players? I don’t know,” he continued.

“But at the end of the day, I do believe we deserved to win that game rather than got lucky.

“We played better than them and we gained the upper hand.”

AJ MacGinty created and converted a try for back-row Hanco Germishuys and, all of a sudden, the USA found themselves 30-24 up and on the verge of a famous victory.

Dougie Fife ensured a nerve-jangling finish when he touched down in stoppage time, but Kinghorn was unable to add the extras, handing the Eagles their prized scalp.

“We need to try and beat these sides again in due course.”

Disappointingly, the USA failed to do that at Rugby World Cup 2019, but Hooley and his team-mates will be determined to set the record straight when international rugby returns.