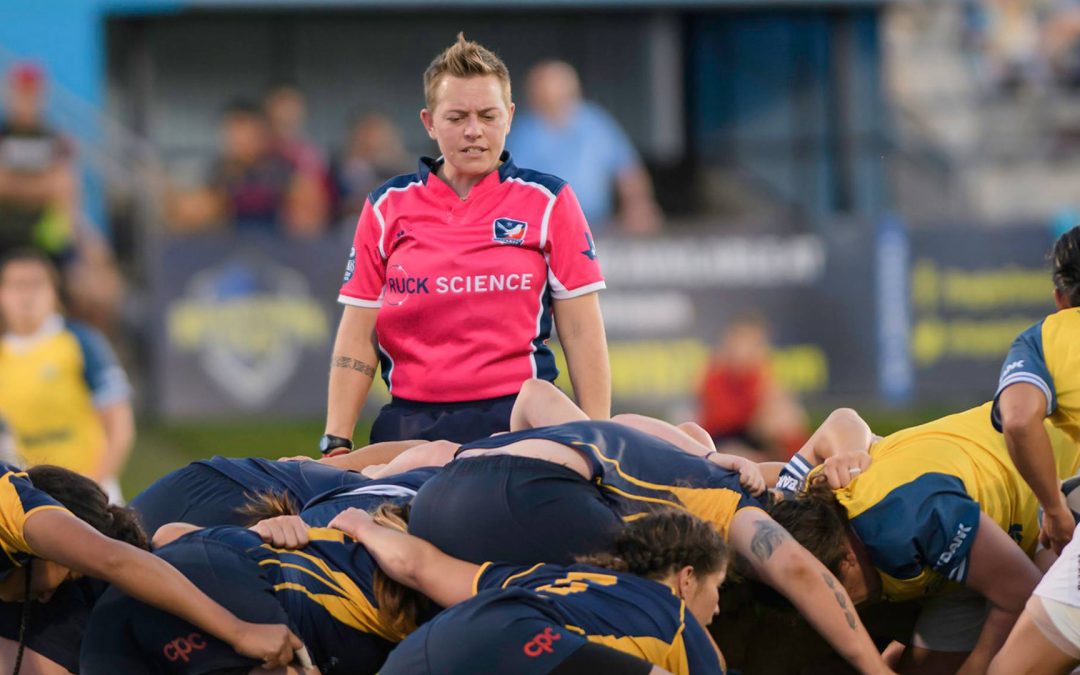 When it comes to rugby, Wendy Young wears a lot of different hats. In Texas, you’ll find Wendy serving the Texas Rugby Union as an administrator, coaching up and coming referees with the Texas Rugby Referee Association, and offering her expertise as the Technical Zone Manager for the Austin Gilgronis. Additionally, she contributes her time to USA Rugby, assisting in various roles. Wendy is also the woman behind Your Scrumhalf Connection, a website providing all the latest news in women’s rugby.

Originally a soccer player, Wendy was constantly flagged for being too aggressive, thanks to her love for sliding tackles. Maintaining her athletic career throughout her youth, Wendy walked away from competitive sports after high school, turning down a sports scholarship opportunity at a small community college, as the costs would have meant she was required to work full-time in addition to studying, and playing.

A short time later, after being handed a flyer for local university club rugby, Wendy was back on the field, taking in two training sessions before playing a full 80 minutes as scrumhalf. “I had heard about rugby in high school, but there wasn’t a team at my school, so this was my first exposure. Two training sessions, and I knew I had found my sport. A game promoting physicality, comradery, and acceptance for all individuals… I was hooked!” 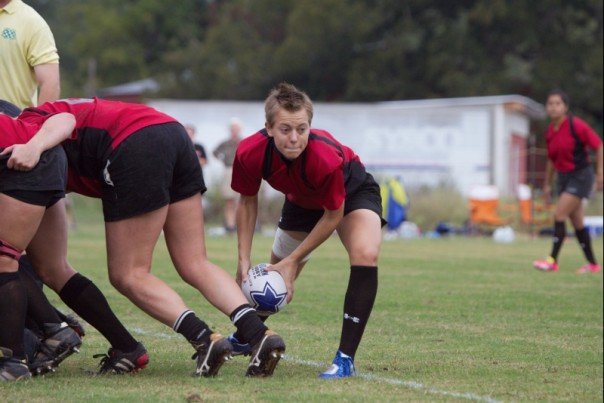 Applying her love for the sport to her administrative role with the Texas Rugby Union (TRU), Wendy is thrilled to be in a position that allows her to assist in growing the game. “I love working on behalf of the TRU and I love that our goals include growing rugby. We are doing that through growing clubs and making sure they are supported but we’re also holding development events throughout the year that serve that goal. We hold an annual Summit Conference where anyone can become a coach, referee or if they are already certified in that area, they can continue their development.”

Wendy’s passion for growing the game extends from Texas to the entire USA. She is particularly proud to be developing competition within the elite women’s space through an annual Women’s All Star Tournament hosted by the TRU.

“When USA Rugby declined to hold their National All Star Competition, there was a huge hole left in the high-performance arena in the United States. I pitched a wild idea to the TRU Board six years ago that we could do the same tournament and continue our women’s high-performance development. We’ve done just that and now have participation from 6-8 unions each year that are also developing their high-performance players. The event is now a selection venue for the USA Rugby Women’s Eagles.” 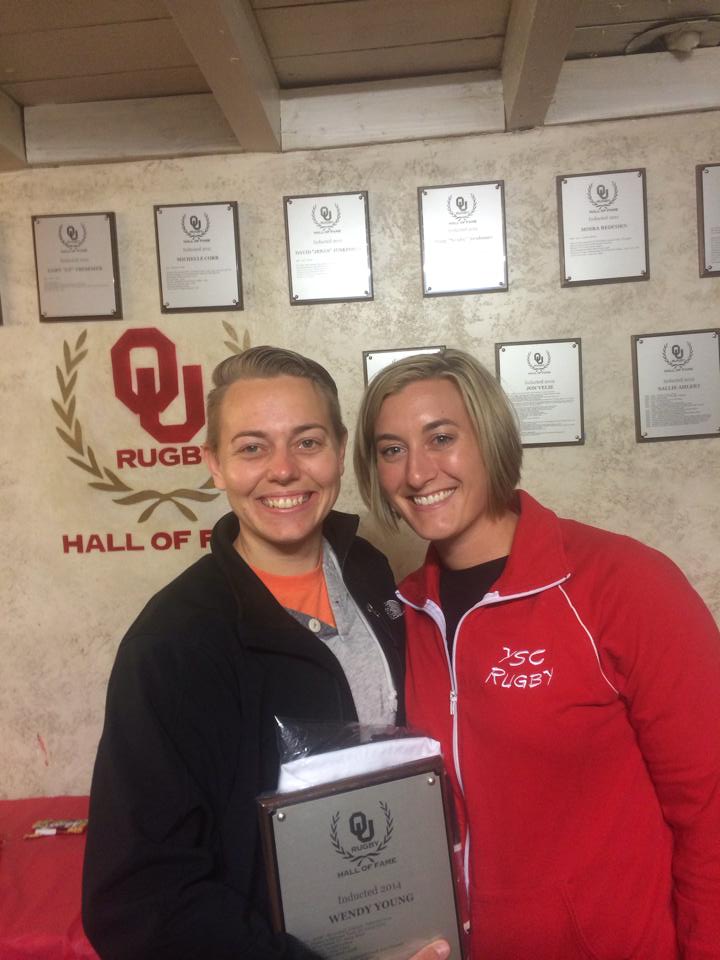 While ensuring that female rugby players performing in the elite category have an opportunity to showcase their skills at the correct level, Wendy is also working alongside USA Rugby to ensure that there is healthy competition within the women’s domestic league.

“I’ve been a member of the Red River Competitions Committee for about 10 years, and we set the local competitions for the TRU. During that time, I served on-and-off on ad-hoc committees for USA Rugby with a focus on women’s competition. In that role I was merely an advisor but couldn’t really affect any change at the National level. So, when the opportunity arose, about a year ago, to serve on the newly formed USA Rugby Club Competitions Committee I jumped at it. It’s been a bit more complicated than usual with COVID but we’re working to build competition structures that encourage growth. Our women’s leagues are geographically challenged, and we have a dearth at the D1 level which is hampering the Women’s Premier League. Our D2 competition is healthy but we do need to help teams develop and promote with confidence. This doesn’t mean that we want to force teams up or down but when teams are ready to move up, that support is available for them.”

Alongside game growth, Wendy is passionate about seeing growth within the rugby referee arena, particularly among female refs. “Around 2008, the Texas Rugby Referee Association (TRRA) followed the lead of USA Rugby and worked to identify females that had the potential to become match officials. My roommate, future wife, and I all became referees as part of that endeavor, with the TRRA covering our course expenses. With the introduction of that program, we were able to double the number of female members within the refereeing association, marking the largest female membership to previously exist within the TRRA. The focus has now shifted onto younger players, both male and female. They’ve taken the median age of the association from 40s down to 30s, while the number of female referees continues to grow. It’s been wonderful to be a small part of that as a referee coach and I take joy in helping mentor my fellow female referees.” 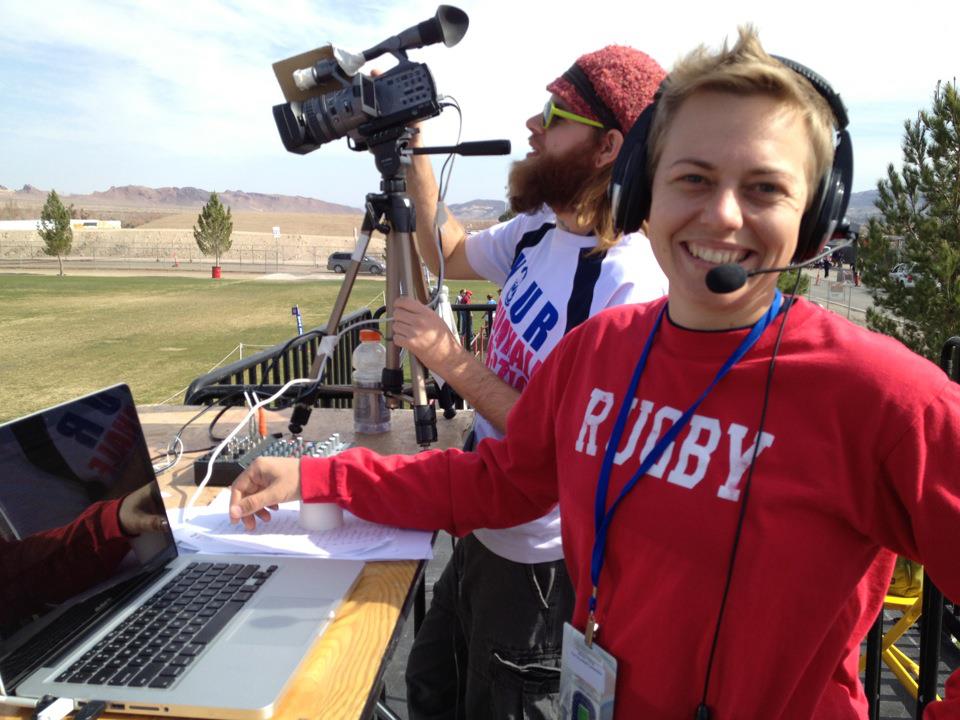 In addition to offering her skills as a referee coach within the Texas rugby circuit, Wendy also applies these skills with USA Rugby, serving as a referee manager for international matches. “I get to work directly with the match official crew for the match weekend. It’s a special behind the scenes look at an international referee’s schedule, their requirements for pre, during and post-match. During the match I’m on the sideline helping the technical zone crew make sure the match goes as smoothly as possible. It’s a really fun job where the pressure can skyrocket at any moment if there is a question around substitutions, head injury assessments (HIA), managing multiple cards…situations can compound very quickly, and you have to remain calm and level headed to support your crew. When it goes smoothly you would never notice from the sidelines but when it goes badly, the scrutiny is searing.”

“I found that there wasn’t much written about women’s rugby at the time and the competitive landscape was confusing (it still is to an extent). I only intended to write about my local region, but once I opened up and started reaching people (mostly word of mouth back then) they asked me to write about their team or competition. So, I slowly expanded with a few friends, and we started writing about women’s rugby in the USA. We went international in 2010 when we attended our first Rugby World Cup in England as journalists with credentials. That was a monumental moment for us as we considered ourselves small time but in order to receive credentials, we had to be recognized by the IRB (now World Rugby). We had even bought tickets as backup just in case we weren’t granted credentials. We donated those to a few fans once we received the good news.” Today, Your Scrumhalf Connection is thriving, as a patron based, online publication reporting on women’s rugby around the world. 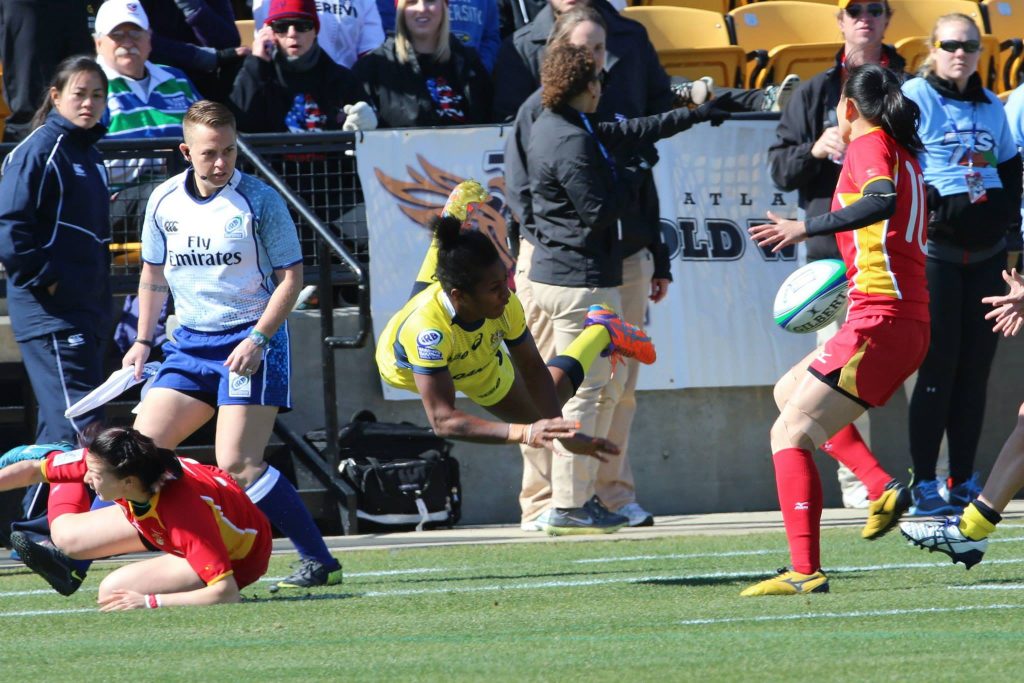 Looking to the future, Wendy is hopeful for the potential of the women’s game. Among her wish list items are professionalizing the sport, increasing support from the general public, and domestic growth of the game.

“It would be incredible to see true professionalization at the top of the game. Not what we have now where Unions call something professional, but players are on contract and still working part-time jobs. We need to invest in these women, truly invest in them and the game will blossom.”

“If you build it, they will come – look at the 2010 RWC, the biggest turnout ever for women’s rugby and then it was eclipsed in 2014 in France. All the players, coaches and supporters are screaming into the void about how much potential there is in women’s rugby (and women’s sports). We need marketing, sponsors, support and our sport will absolutely blow up. Look at women’s cricket internationally or women’s soccer in the USA. The formula is there, we just need the belief and the enablers to get us there.” Wendy is confident that as time goes on and the sport continues to gain participants and popularity, these goals will not only be attainable but will become the standard of the game.