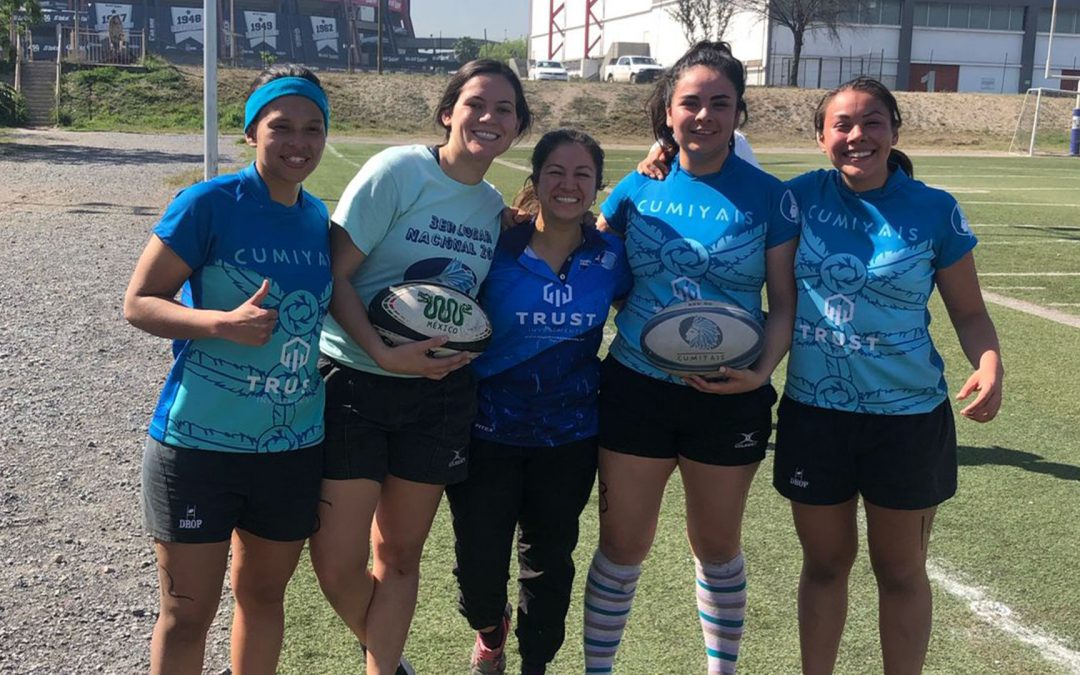 Gabriela (Gaby) Rojas grew up in Mexico, but it wasn’t until a university exchange program at the University of North Carolina, Greensboro (UNCG) that she found rugby, with the help of Rosie the Riverter.

“During my first week of exchange, I attended a campus fair, promoting all the activities and groups available at UNCG. I was looking around, and I saw a poster of Rosie the Riverter with the phrase “Join Us”, and the word rugby underneath in smaller letters. The poster had the training details listed, and I decided, Ok this is it! I told my Mexican friend about my plans, and she asked me if I knew what rugby was. I told her I was pretty sure it was something rough that included a ball.” Falling in love with the sport, Gaby can still be found ball in hand helping out the Mexico rugby community on and off the pitch. 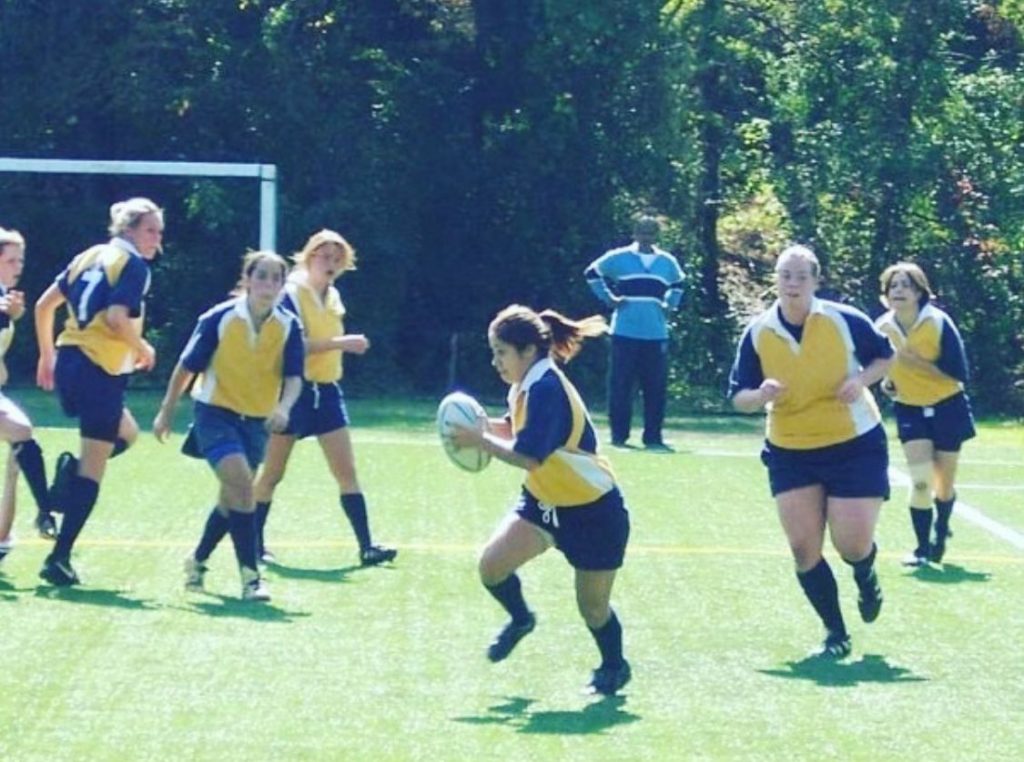 Gaby played for the XV’s team at UNCG, in the back row, as a winger. Upon returning to Monterrey, Mexico, Gaby found herself without a team, as the only existing rugby programmes in the area catered to men. But that didn’t stop Gaby, determined, she simply grabbed her friend and started attending the men’s training sessions, until a women’s team was established. In 2007, Gaby was selected to a 7s team, and played her first game against Mexico City, with the support of her male teammates. After a small hiatus, for travelling, during which time her newly formed team collapsed, Gaby continued to train in the hooker position, attending tournaments on her own, hoping to play with teams who were willing to take her on.

As Gaby returned to training with the men in Monterrey, she found a teammate in another woman who had played rugby in the USA. From there, Cumiyais women’s team was resurrected. In the 2016-2017 season, Gaby’s team competed in the National Championship, finishing in 2nd place in her zone, and 3rd place in the Championship. Gaby continued to play, until she was sidelined by injury, during which time she took on the role of coach, a position that she reflects on fondly. In 2019, Gaby returned to the pitch as a player, representing the Cumiyais women’s team and also the McAllen Maidens team. Without a qualification to the National Championship, Gaby and her teammates spent every other weekend during February and March travelling to various cities in Texas, participating in tournaments. 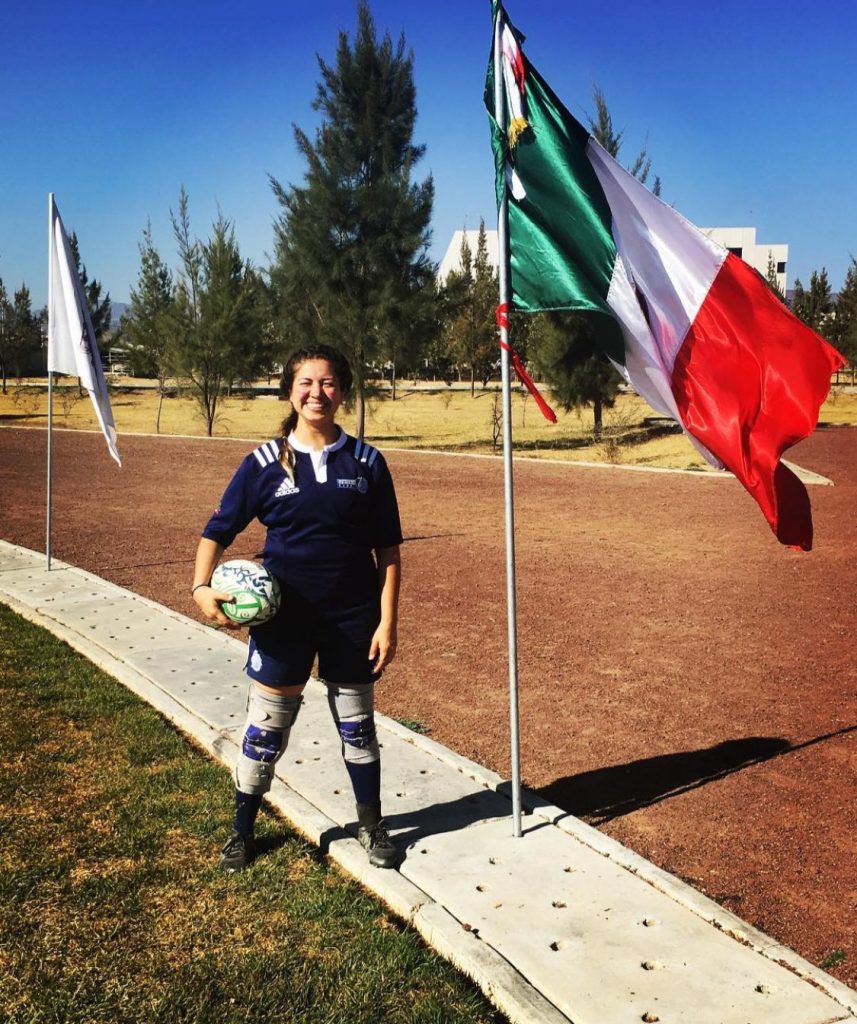 A talented player, Gaby also holds the role of President of Cumiyais RFC. “At Cumiyais, we are a family. I have been a member of the team since 2006, and have always taken on administrative roles, mainly with the women’s team, and assisting with tournament organization. We’ve always had great communication, constantly bringing new members onto the committee, and pride ourselves on listening to everyone, rather than always taking a vote. In 2016, the committee told me they wanted me to be President of the club, and I was so excited, I happily accepted the position.”

The first women in Mexico to hold the position of President within a mixed rugby club, Gaby continues to make her mark. Reflecting on her achievements thus far, Gaby proudly admires the Cumiyais women’s team, from its establishment to becoming a family, continuing to grow, and overcoming obstacles like stolen uniforms.

Gaby continues to take on roles as the ‘first’, even in a voluntary capacity. She is currently working with Mexico Rugby on the Centros Regionales de Tecnifications (CRT), a series of training centres across the 7 zones of Mexico, to help with the transition from playing at club level to playing at a national team level. Gaby is currently the Manager of the CRT in the Northeast Zone. Not only is she the first woman to hold this position, but she is also the youngest, and the only to do so as a volunteer. “The role of the CRT’s is to identify candidates for the national team, shaping players in the same style that the national team does, with a goal of optimizing their performance so that there are not gaps in any of the zones across Mexico. This will help the sport continue to grow.” 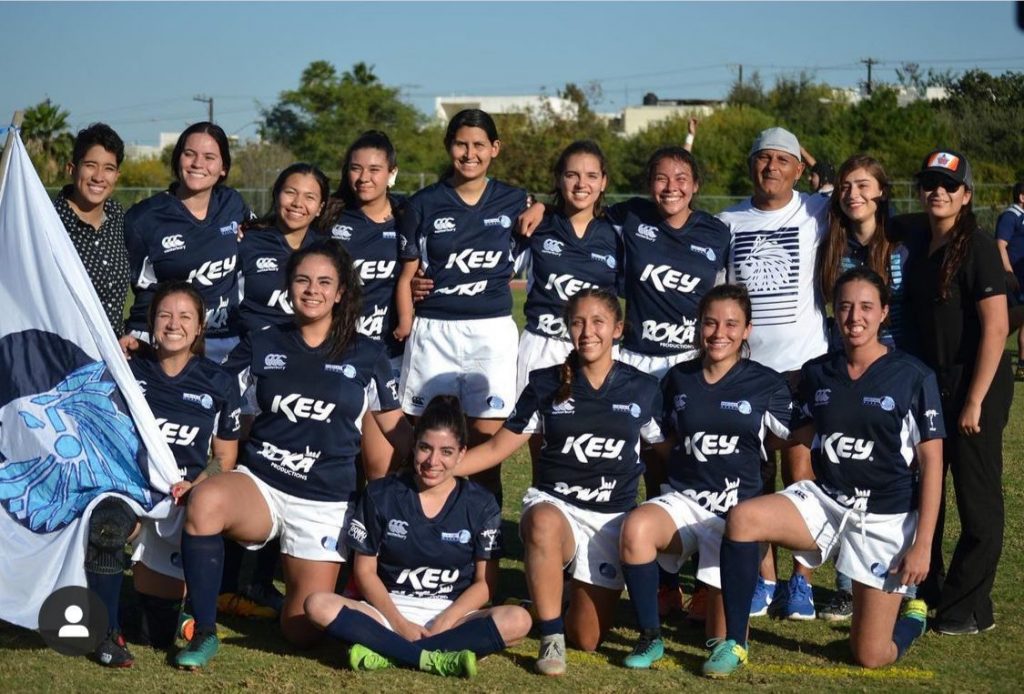 Looking to the future, Gaby has always been hopeful that she would one day become part of the national team, preferably as a manager, a dream which became a reality in the last year, when the Mexico women’s team was invited to the Quest for Gold 7s tournament in Los Angeles, in June of 2021. A late addition, the Federacion Mexicana de Rugby, invited Gaby to attend the tournament as the women’s manager. Quick coordination on Gaby’s part led to a full team of 12 players, half of who had only just returned from the Olympic Repechage in Monaco, to arrive in LA in time to represent Mexico.

“It was a great experience for me! I don’t know if this will be a once in a lifetime opportunity, or if it was a test for future opportunities, but I know that I managed the team to the best of my abilities, and I had a blast doing so.” Gaby now has several tournaments under her belt as manager of the women’s 7s team including the HSBC Canada 7s in Vancouver and Edmonton. In 2022, Gaby and the team will play abroad at the Canada 7s and the RAN 7s in the Bahamas. Gaby also hopes to represent Mexico as a referee, having previously been a referee during Mexico’s National Olympics. “I keep preparing myself so that I will be ready for anything that comes my way.” 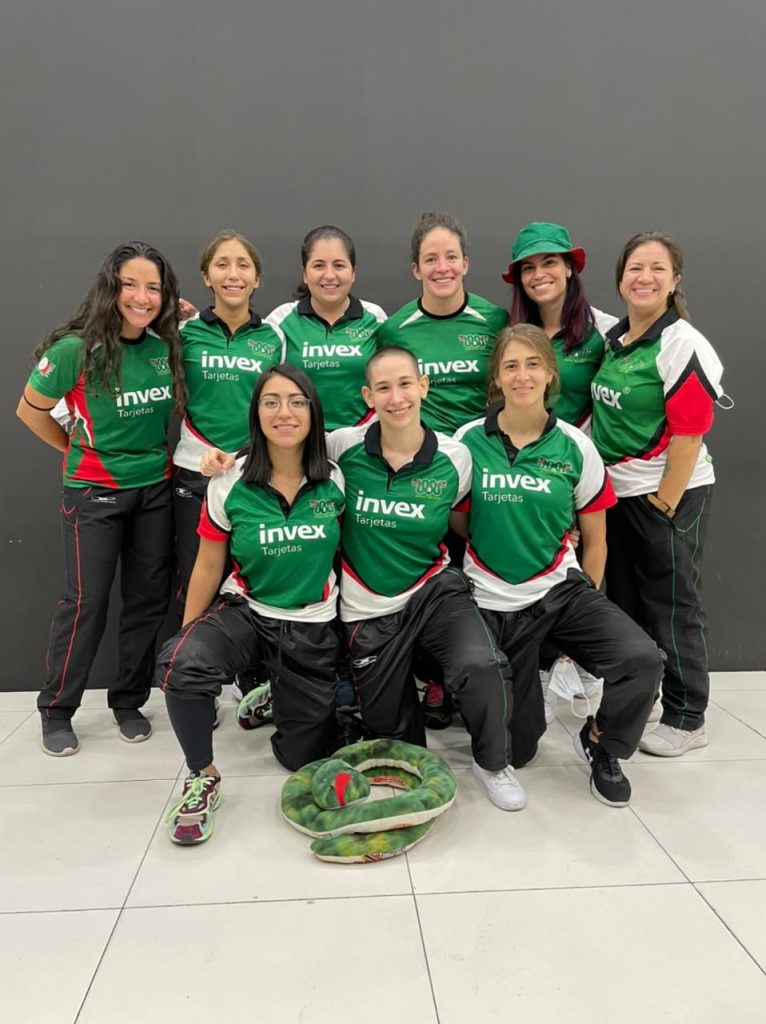