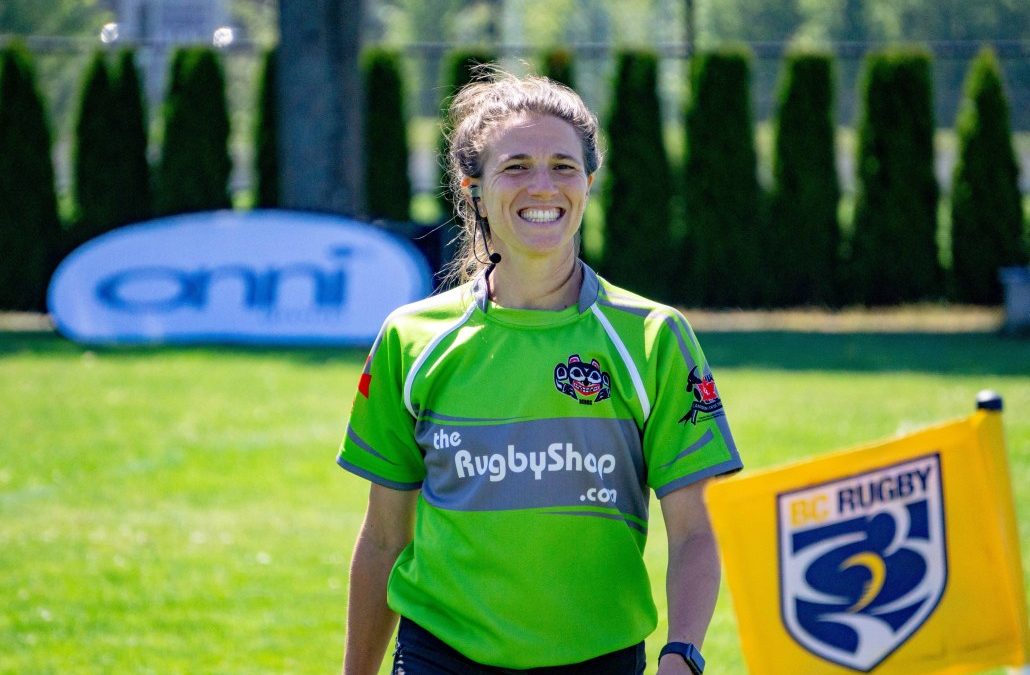 Julianne Zussman has made an impressively fast climb up the match official latter. The former Canadian international, who’s career spanned 11 years, three Women’s Rugby World Cups (WRWC) and 44 test matches, picked up the whistle following her retirement after the WRWC in Ireland in 2017.

After working at a number of domestic and international tournaments over the last two years, along with conducting extensive training as part of the Rugby Americas pathway, Zussman was announced in August as one of the 13 Women’s Sevens Series panel match officials for the 2019/2020 season (full World Rugby release below)

A team of 26 match officials from 16 nations has been announced for the HSBC World Rugby Sevens Series 2020 which commences in Glendale, Colorado on 5-6 October.

This season is set to be the biggest on record with the HSBC World Rugby Women’s Sevens Series increasing to eight rounds for the first time in history.

The men’s series will once again be contested across 10 rounds, kicking off in Dubai on 5-7 December, 2019, with six of those events being combined with women’s tournaments.

The 2020 season will culminate with the Tokyo 2020 Olympic Games which will see rugby sevens make its second appearance on the Olympic Games programme following its successful introduction at Rio 2016.

Zussman represented her country in both 15s and sevens formats of the game, earning 44 test caps and featuring in three Rugby World Cups throughout her playing career.

Zussman joins an experienced panel of referees who have impressed on the HSBC World Rugby Women’s Sevens Series over a number of seasons.

The men’s panel features 12 officials who have featured on the HSBC World Rugby Sevens Series for the last three seasons with the addition of Uruguay’s Francisco Gonzalez who officiated in the Americas Rugby Championship in February this year.

“We have a very experienced unit of referees who have a wealth of experience officiating on the world series, which this year features more women’s events than ever before, before the season culminates with the Tokyo 2020 Olympic Games.

“We would like to congratulate Julianne Zussman from Canada who has been selected for her first HSBC World Rugby Women’s Sevens Series; the selection committee is delighted with the quality of match officials available for selection for the men’s and women’s series panels and looks forward to another successful season of rugby sevens.”