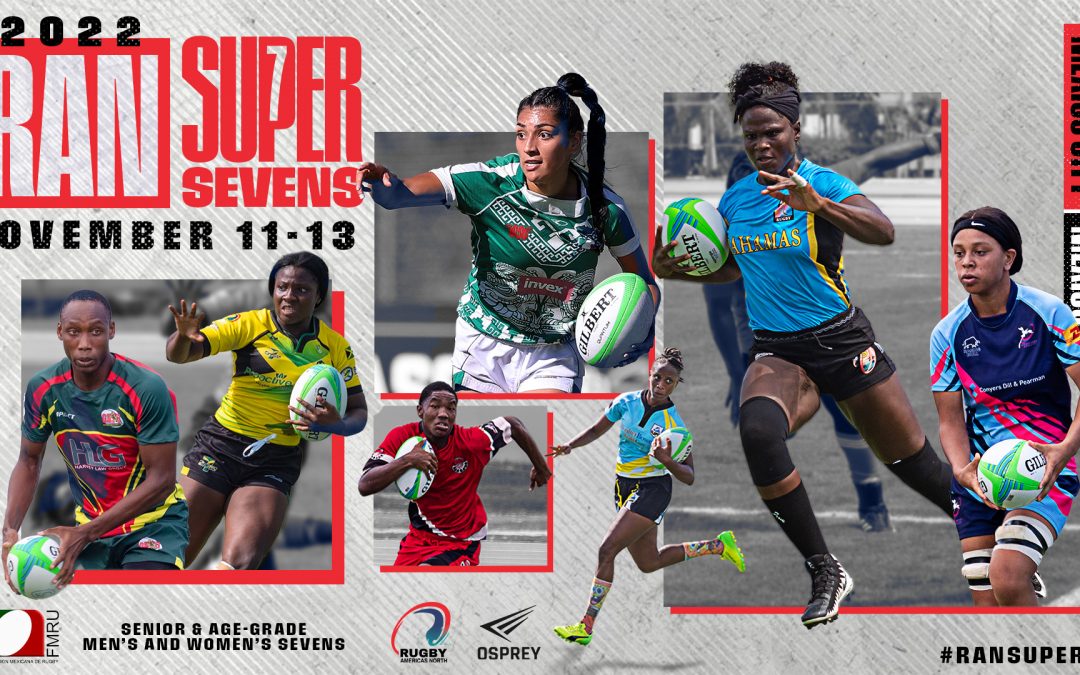 Rugby Americas North (RAN) is happy to announce that the Federación Mexicana de Rugby (FMRU) is set to host the 2022 RAN Super Sevens from November 11 to 13 in Mexico City at Deportivo Alfredo Harp Helu of Ciudad Universitaria.

The three-day tournament – which features Senior and Age-grade divisions for Men and Women – will act as a qualifying tournament for the Centro Caribe Games in 2023 and the 2023 Pan American Games.

While it has yet to be confirmed how many teams from RAN will qualify to compete in the Centro Caribe Sevens, the top two Senior Men’s and Women’s teams from the Competition will compete in the 2023 Pan American Sevens in Chile, along with the USA and Canada who have already pre-qualified.

Mexico is a familiar location for many athletes throughout the region, having played host to numerous RAN Sevens, U19s and Women’s 10s tournaments, including the 2014 CASCO Games Sevens (now renamed Centro Caribe) in Veracruz, as well as international 15 a-side fixtures. Held over three days and open to all RAN Members, the tournament will bring together the best Men’s, Women’s, and age-grade athletes in the region.

“In additional to the Senior Men’s and Women’s competition, RAN is also excited to host its inaugural age-grade sevens tournaments to underpin and support the continued growth and development of up-and-coming youth players of our Member Unions.

“Rugby Sevens enjoyed another successful Commonwealth Games in Birmingham over the Summer and tournaments like this age-grade sevens event will help our members develop talented and skilled athletes who hopefully will go on to represent their country at Senior International level and perhaps at future Commonwealth and Olympic Games.

“As members of the FMRU, we are extremely thankful to RAN for giving us the opportunity to host the Senior and Age-grade Men’s and Women’s Super Sevens in November 2022.

“We look forward to being an extraordinary host and organizing a tournament that will allow all of our rugby friends to come together in Mexico City, after a tumultuous two years and demonstrating that we are ready, strong and together.

“Our rugby community is eager to warmly receive our rugby guests and hold a high-quality competition amongst national teams from throughout the region. We are certain that this tournament will re-ignite and trigger our efforts in growing and developing a larger and better prepared community of girls and boys, youth and senior players, coaches, referees, medics, and managers.

“Our federal and local authorities are supporting our efforts and looking on with interest and seeing for themselves the rugby atmosphere which will be on show, which hopefully will be so different and so appealing to a new and large segment of the population. Let´s bring fun, great competition, and a bright return to rugby.”