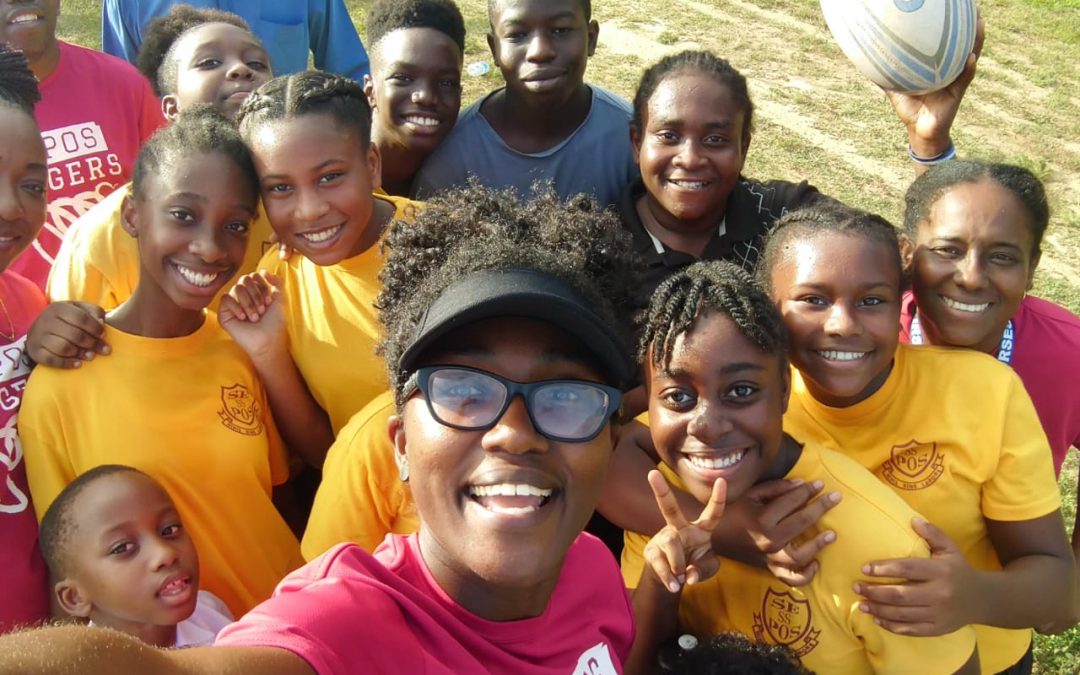 Schezelle Fleming, 32-year-old Spanish Teacher and coach of the South East Port of Spain (SEPOS) Ruggers, has an insatiable thirst for knowledge.

So, when she was nominated by the Trinidad & Tobago Olympic Committee to participate in this year’s International Coaching Enrichment Certificate Program (ICECP), run by United States Olympic and Paralympic Committee (USOPC), Fleming was ‘all in’ without hesitation.

Relatively new to the Rugby coaching scene, what this little pocket rocket lacks in years, she makes up for in enthusiasm. She says is hoping to use this global opportunity to draw further attention to the sport, especially from women and young girls, and to raise the standard of Rugby in the region.

Observing from the side lines …

Schezelle was briefly introduced to Rugby in secondary school at 14 years old however only played a few games before later becoming reacquainted with the sport in 2017, at age 28 years. Her second experience with Rugby saw her again play just a couple of games with the Harvard Senior Women’s team before being injured and side lined for the rest of the season.

“Even though my actual playing days were limited, I was so intrigued by the fitness and fun of Rugby, and whole community. Despite being injured, I went and watched every week – didn’t miss a match,” she says. “I just wanted to keep learning about this fascinating sport. So, I sat on the side lines and observed the field.” 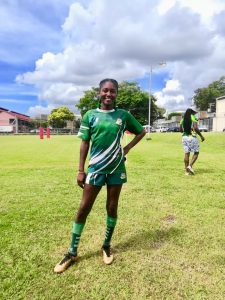 Before officially beginning her coaching career, Schezelle is credited with introducing Rugby to the South East Port of Spain (SEPOS) Secondary School as a way for students to become part of something bigger and to give them exposure to the elements of trust and team building that sit at the foundations of Rugby.

“I wanted these young people to experience the growth and happiness that I had felt through my involvement with Rugby,” she says. “And, that strong sense of community – the Rugby family – that goes hand-in-hand with the sport.”

However, Fleming found that although a lot of girls were picking up the game, they weren’t sticking at it. “The girls were just dropping off,” says Schezelle. “I got the feeling it was because of a lack of female coaches, so I thought I would give coaching a try and see if that helped to keep them engaged. I went and did my Level 1 Coaching Course and immediately started recruiting girls – we started with just 5 players late last year and now we already have 12!”

After completing a number of online coaching courses during the COVID-19 lockdown in Trinidad, Schezelle received an email asking if she would be interested in being an ICECP nominee.

“I was very intimidated, but I jumped at the chance,” says Fleming. “Once I was accepted, I realised it was confirmation that I was on the right path – passion meeting purpose.” She says she is humbled at being offered such a prestigious coaching development opportunity, given her limited experience. “I realise I haven’t been around for nearly as long as some of the others, but I have the passion and the drive and I hope I can make my contribution as impactful on the Rugby community as possible,” she says. “I want to make Rugby my life’s work.”

Having officially commenced the ICECP on 14th October, Schezelle is currently participating in online learning modules on the essentials of coaching until February next year, when she will travel to Colarado, USA, for one month of practical training with a senior coaching expert (pending international COVID-19 restrictions), before traveling back to Trinidad to undertake a six-month research project where her focus will be youth development and player retention in Rugby. Come September 2021, an eager Schezelle will then travel to Switzerland to present her research and subsequent findings to complete the program. 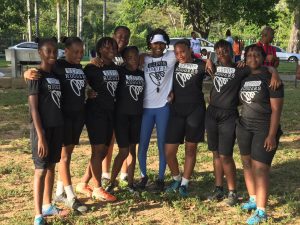 “I am so excited to connect with coaches from all over the world, from all different backgrounds and sports, and to learn from them so I can maybe apply some of their thought processes and strategies to Rugby,” says Fleming. “I want to investigate how Rugby can reach out to more young people and engage them to continue playing, especially girls. I am so thirsty to expand my knowledge in an international setting and bring it back to Trinidad – I want to make my country and the entire Rugby community proud with my contribution from the course.”

When asked what advice she would give potential women Rugby coaches, Schezelle laughs: “Be open, be willing, and don’t stop asking questions. Go for opportunities fearlessly, and don’t take no for an answer! Most importantly, support each other.”