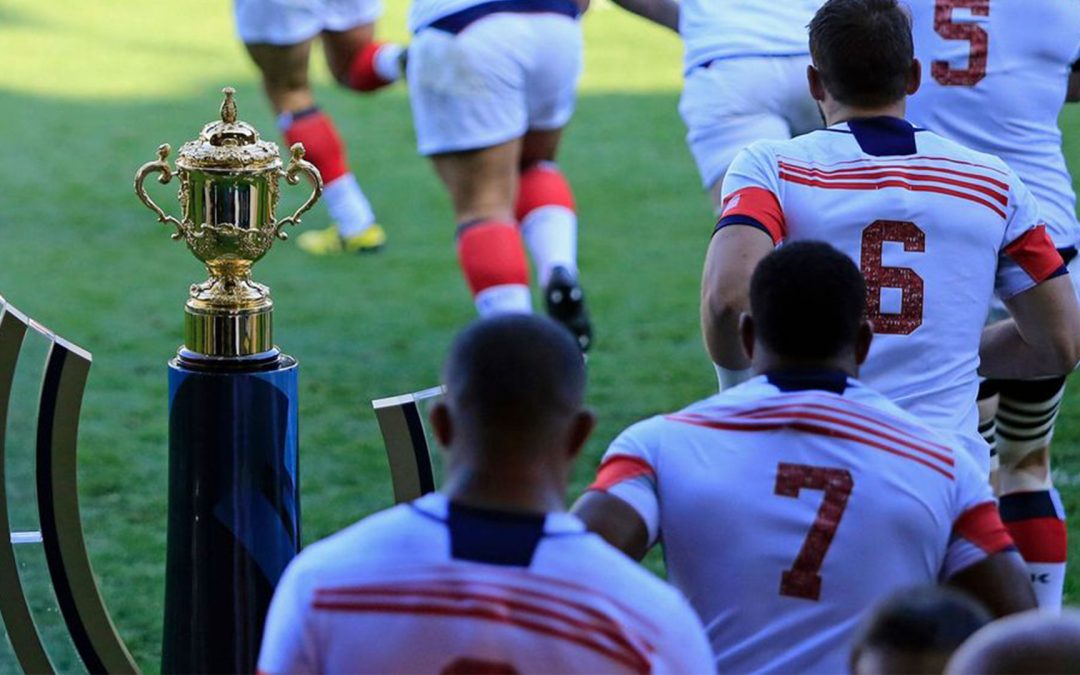 Progress made to date includes finalizing the bid campaign’s branding, solidifying and surveying fan and public backing for the bid, closely coordinating with federal, state and local government officials, securing the interest of major metropolitan areas from coast to coast and putting in place an experienced team to drive ongoing progress.

“This is a proud moment as we introduce our vision for a Rugby World Cup on American soil,” said USA Rugby World Cup Bid Chair Jim Brown. “After working on this for a year now, we are confident in the strength of this bid, the support around us, the cities and stadiums interested in hosting, our country’s top-level infrastructure for large-scale sports events and the opportunity the U.S. population of sports fans presents for rugby’s growth, both domestically and globally.”

These updates come as the United States’ rugby community gathers in Washington, D.C. ahead of the USA Eagles match with the New Zealand All Blacks in the inaugural 1874 Cup on Saturday, Oct. 23 at FedEx Field.

New research conducted by the bid team and shared publicly for the first time today revealed that when asked, 80 percent of sports fans and 93 percent of rugby fans said they support the United States hosting the Men’s and Women’s Rugby World Cups in the near future.

“After my experiences as a player with the USA National Team, I cannot imagine anything that would mean more to rugby players, fans and supporters than hosting a Rugby World Cup in the United States,” said World Rugby Hall of Fame Inductee and Women’s Sports Foundation President, Phaidra Knight. “It’s clear that current U.S. rugby fans are excited about the potential of hosting Rugby World Cup events, and that fans of other sports are interested in learning more about rugby. These are two phenomenal groups we’re excited to bring together through this experience. Additionally, the United States boasts strong women’s sports infrastructure and interest, two things that are lacking globally, making us uniquely suited to host the 2029 Rugby World Cup.”

With metropolitan areas from coast to coast ready to welcome global rugby fans, NFL-caliber stadiums around the country interested in hosting Rugby World Cup games and an incredible national infrastructure for coordinating large-scale events, the United States is extremely prepared and well-suited to unite fans old and new through rugby.

The bid includes some of the most state-of-art, massive, technologically advanced and luxurious sporting venues in the world – from iconic venues like the Rose Bowl to recent Super Bowl host venues like Hard Rock Stadium in Miami and Levi’s Stadium in the Bay Area. A projected 3.1 million fans could attend Men’s Rugby World Cup events in the U.S. across 48 matches.

The team today unveiled the bid’s tagline, website and social media channels. The tagline – “United by Rugby” – harkens to the host nation while speaking to rugby’s ability to unite all generations, and the Rugby World Cup’s unique role in bringing nations together.

The logo and brand identity are driven by history, nostalgia and unity, creating a distinctly American view of rugby, which has been largely missing from the global rugby scene until recently.

A Men’s Rugby World Cup in the United States in 2027 or 2031 would mark the first time the event has been held in North or South America, which hosts 15 World Rugby unions. This event has the potential to expand interest and participation the sport for generations to come.

“A Rugby World Cup in the United States is a turning point for the game,” said USA Rugby Chief Executive Officer Ross Young. “An exciting, unique, global sporting event of this scale on American soil for the first time has the potential to bring tried and true rugby fans, new supporters of the sport, U.S. fans and fans from around the world together through our great game. The Rugby World Cup also presents incredible opportunity to unite our rugby communities and truly grow the sport from youth programs to our senior national teams – injecting fan support and financial interest and creating a new generation of American rugby players.”

This week in Washington, D.C., the bid’s leadership team is connecting with White House officials and leaders of the Congressional Rugby Caucus to discuss the growing popularity of rugby in the United States and the commercial and cultural value of bringing one of the world’s largest sporting events to U.S. soil for the first time.

Coordination with local and state governments of potential host sites has also been ongoing and positive. Sports commissions, convention and visitors bureaus and stadium operators across the country have shown great support for and interest in hosting Rugby World Cup games. The USA Rugby community of players, coaches and administrators remain galvanized by the opportunity to host a Rugby World Cup, as the event can create new awareness, infrastructure and resources to drive growth within grassroots rugby.

The bid campaign will continue to be funded and resourced by investments from rugby stakeholders and supporters across the U.S. as the planning and preparation phase continues ahead of World Rugby’s January 2022 proposal deadline.