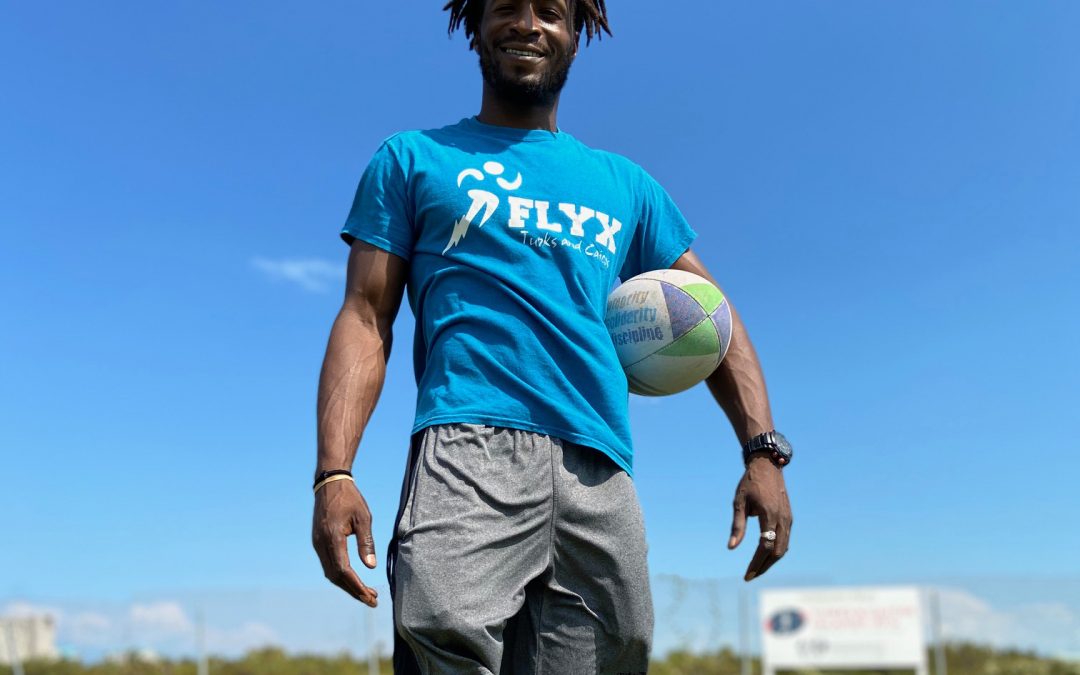 The TCIRFU is excited to announce that they have recently brought onboard a new Rugby Development Officer and Fitness Coach.

Mr. Alyx Williams has recently returned home to the TCI after having spent the last 10 years living and working in Florida, USA. He has, during this time, remained an active member of the TCIRFUs’ Senior Mens team joining the National Side’s International matches and actively participating in the Seniors Mens Rugby program.

Williams, from Providenciales, has an extensive sporting background having played various sports at a high level during his career. He is well versed in American football, Soccer, Track & Field, Wrestling and Rugby and has trained under local Track coaches such as Ms. Judith Ewing.

An enthusiastic cross-code athlete Williams has taken his experience at playing various sports and combined this with his schooling to successfully pursue a sports training career. He is a strength and conditioning coach, personal trainer, boxing/kickboxing instructor and owns his own Sports Brand.

During his first week with the TCIRFU, Williams will be focused on reaching out to School Coaches and Teachers to arrange meetings to discuss their current rugby curriculum along with what equipment they have on hand to support it. He is very interested in establishing relationships with them and their interests as far as their rugby programs are concerned. Williams says he will be focused on the fitness needs of the team, such as strength and conditioning along with agility training. Creating an elite mindset amongst the players by showing them that they are a part of something meaningful, goes a long way to providing the necessary mental approach to succeed at the game of Rugby.

Anyone can get involved by following the TCIRFU on all social media platforms, coming out to practices and games, and of course bringing the family to youth rugby on Saturday mornings.

Williams’ 2020 goals for the TCIRFU include carrying on the undefeated 6-0 streak the Senior Mens side has enjoyed at home and taking it abroad, winning another international title for the U19 side, and getting a title under the belt for both the Men’s and Women’s Rugby teams. Williams says he is really excited to be facing both the BVI and Dominican Republic side’s again this year. The DR side in particular excites him as they are a very competitive team that has only been getting better and he believes we will see a great match this year.

“I am also pumped about the all-star tournament in Barbados in a few months. I would encourage everyone to come and join our sessions, even if you are just coming for the fitness aspect.”

There are practices in the evening all during the week at the Meridian Field in the Village at Grace Bay, and everyone is encouraged to come down and try Rugby.

The Women’s team practices on Monday nights from 6pm-8pm, with the Men practicing Tuesday nights, and there being a Mixed TAG league competition on Thursday nights. The Juniors are on Saturday mornings from 9am-12pm.