Turks and Caicos’ Franco Mompremier – ‘The world is my oyster’ 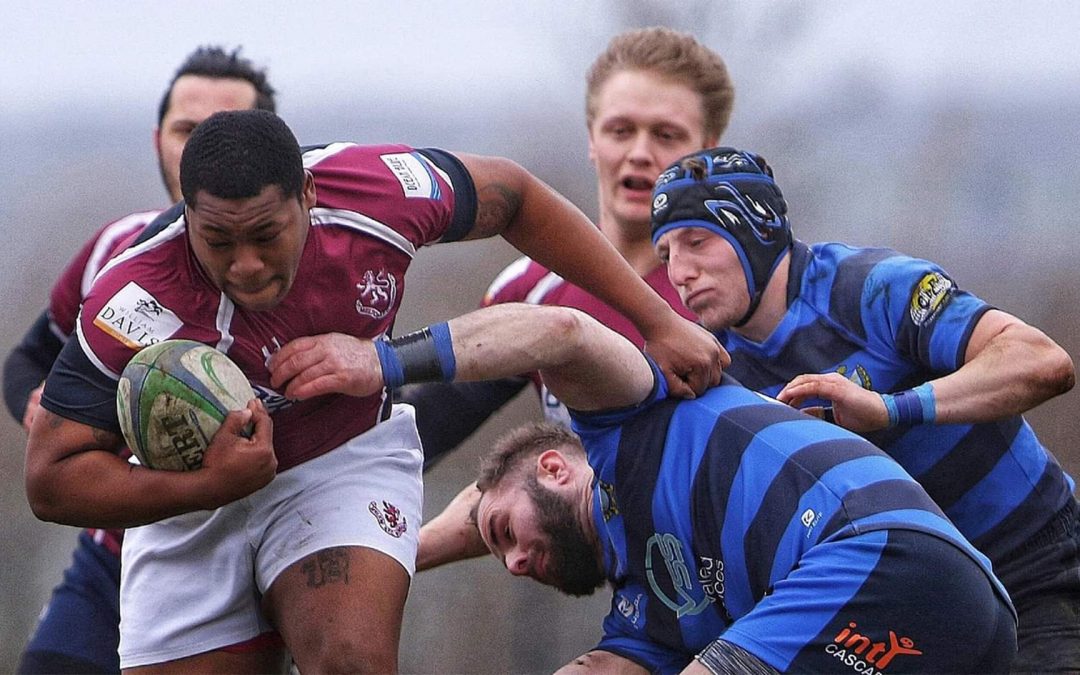 From playing in primary school to currently using his talents at Melton Mowbray Rugby Football Club in England, 25-year-old Mompremier is now one of the most established players within the Turks and Caicos Islands Rugby Football Union (TCIRFU).

He is also one of the most capped players to represent the Turks and Caicos Islands (TCI), with 11 caps out of the 12 senior 15s internationals that TCI have played. He has also impressively scored two tries for ten points, with no conversions or penalties.

Through his passion for rugby, Franco has travelled extensively to places like England, Ireland, Canada, Mexico, USA, and the Caribbean, competing in various international 15s and 7s tournaments including numerous RAN tours.

With the return of international rugby to the region next month (hosted for the very first time in TCI), Mompremier says he is excited to bring his overseas experience back to play on home soil in this year’s Fireminds RAN 7s competition; also doubling as a qualifier for World Rugby Men’s 7s Challenger Series next year. 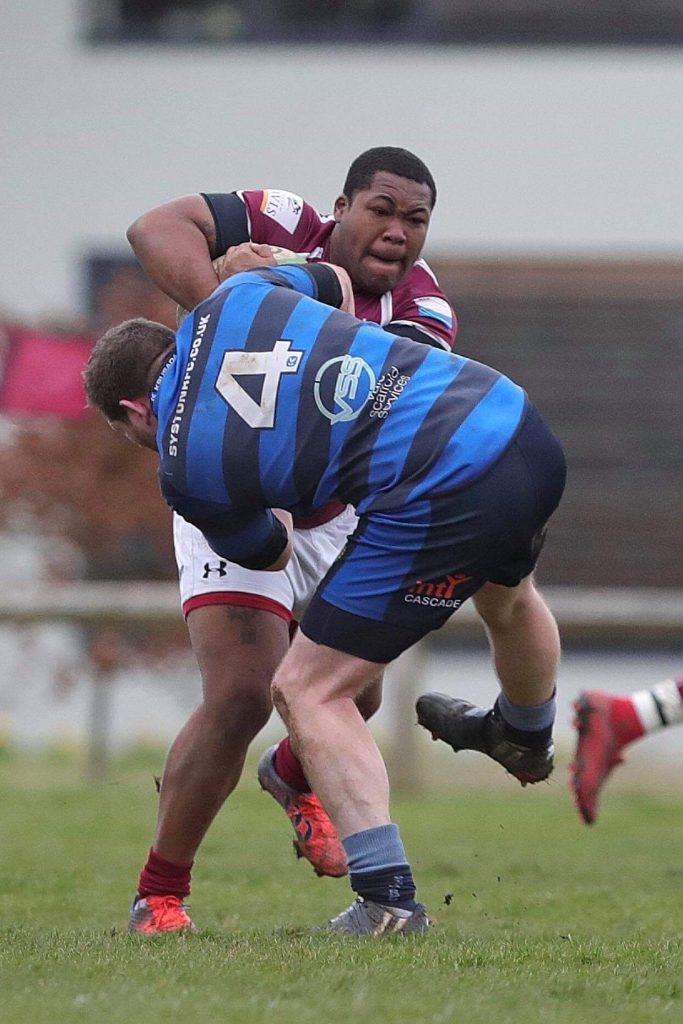 The perfect combination of size and strength

Franco began playing rugby in 2009 when he was trying to find a sport that best suited his skill set – being both strong and compact. He was introduced to rugby by a member of the TCIRFU who saw Franco’s potential and invited him to play local beach rugby on the weekends.

“I found that I was too strong for most sports; and very enthusiastic,” he says. “With rugby, I was able to channel some of that extra energy in a disciplined way. From the first moment I started playing, I loved it and I have not given up the sport since. I am very blessed to have found rugby – it has been lifechanging.”

Because of his immense physical ability, and despite being underage, Mompremier started playing for the TCI National Senior Team at 15-years-old.

“I remember having games where I would have to get wavers signed as I was under the age requirement, but physically I was able to take on men my size and slightly bigger,” he says. “I also always had a hunger for the game, I was always ready and eager, and was always willing to pull my weight as part of the team.”

Franco continued to play and progress up the national ranks until 2018, when he took up the opportunity to move to England to play for the Melton Mowbray Rugby Football Club. 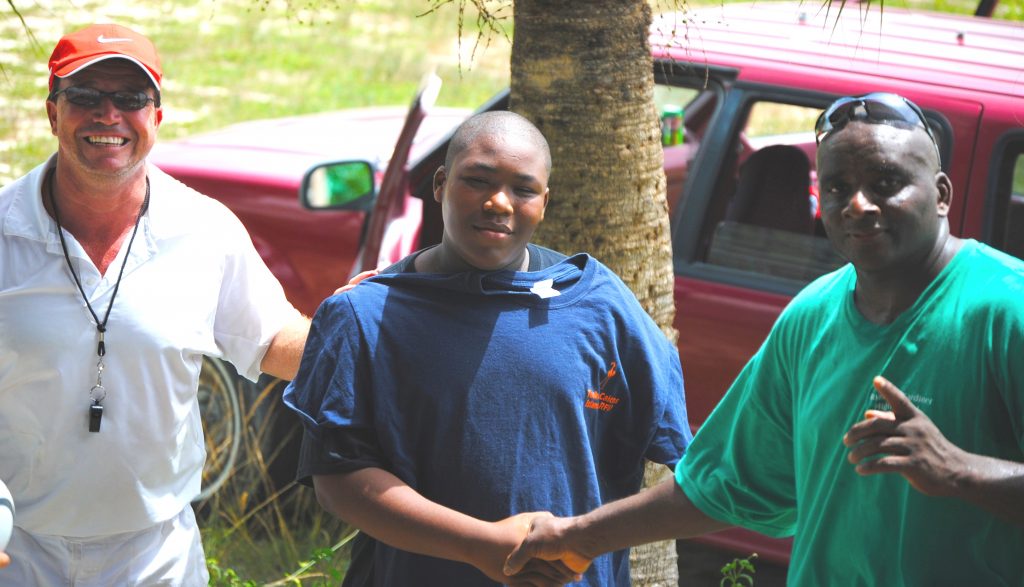 “Playing in the UK has been a really good experience for me,” he says. “I play mostly 15s now and we also play a lot more rugby over here because there are bigger leagues. There are hundreds of teams with a regular match schedule, so I have been really able to consistently practice my skills.”

Although Mompremier is still very much a TCI player, he admits that due to his relocation overseas he only plays with the national team now when there are tournaments, but he does remain an enthusiastic and committed TCI team member.

Franco says one of the biggest highlights of his rugby career is the breadth of travelling he has been able to experience in the name of his beloved game.

At just 15-years-old, telecommunications company Digicel sponsored Franco to travel to Ireland for a week to participate in a rugby camp. Shortly after that, Mompremier travelled again – this time to Canada – on an official tour with the TCI National Under 17s.

He also travelled with the Under 19s 15s squad to Trinidad in 2014, historically bringing home the first international rugby trophy for TCI. “That trip was so special,” he says. “Winning that trophy was a mind-blowing experience and that tournament is without a doubt at the top of my list for memorable moments in my career.”

Not only that, Franco has also travelled for various Senior Men’s international tournaments for TCIRFU for both 7s and 15s competitions including to places like Orlando, Miami, Barbados, Jamaica, the Cayman Islands, British Virgin Islands, Bermuda, the Bahamas, the Dominican Republic, and Mexico.

“It has been a lovely journey,” he says. “I have met so many people and had the opportunity to experience so many different cultures through playing rugby. It has really made me realize that there is so much out there in the world and all I have to do is just go out there and embrace the opportunities – rugby has taught me that nothing can hold me back.”

And, next month is no exception. 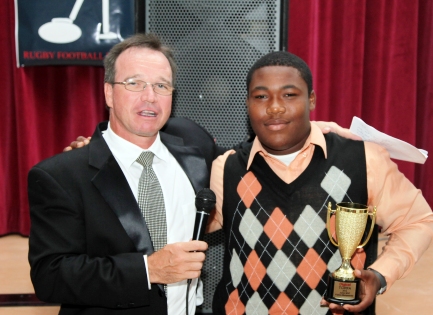 With the return of international rugby to the region for the Fireminds RAN 7s 2021 over 16-17 October in Mompremier’s home nation of TCI, Franco says he is now putting in the training to ensure his 7s game and fitness is on point when he once again flies home to represent TCI.

“I am very much looking forward to playing at Fireminds RAN 7s next month,” he says. “I will be flying in from England just to compete and I can’t wait to put the skills I’ve been learning in the UK into action and hopefully offer a new perspective on rugby to my home team. Jamaica and Mexico are going to be the teams to watch this year and playing against Belize will be an exciting first for us too.”

Mompremier says he would like to see rugby progress further in the TCI, primarily through more government funding and sponsorship.

“We could use more support in terms of getting equipment, funding for international travel, and maybe a paid international coach from abroad that can come down and teach us some extra skills on a more regular basis,” he says. “We have already been able to work rugby into the local school curriculum which has been really positive at showing young people what kinds of exciting opportunities are available through rugby.”

As for his career, Franco says he wants to continue to play rugby for as long as he can for precisely those reasons – the vast opportunities the sport provides as well as the ‘home away from home’ rugby atmosphere wherever you are in the world.

When asked what the future holds for Mompremier, he says he would ideally like the opportunity to represent a National team in England.

“I feel like that would be a dream come true,” he says. “I am looking forward to that still being a possibility for me, despite the current COVID-19 climate. I feel like being here in the UK there are lot of doors that can be opened, and I am keeping my fingers crossed and my heart open.” 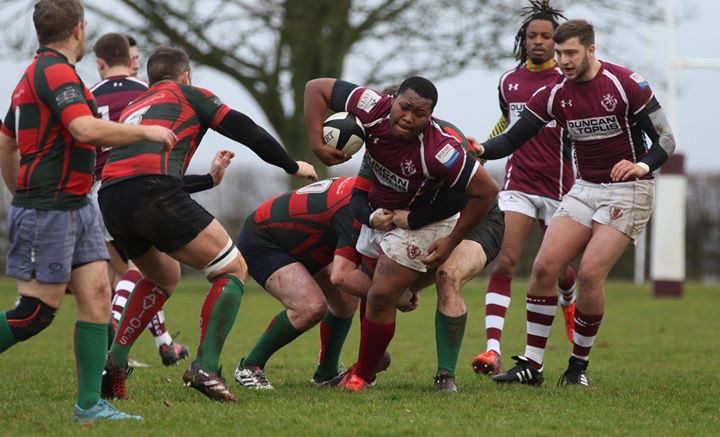