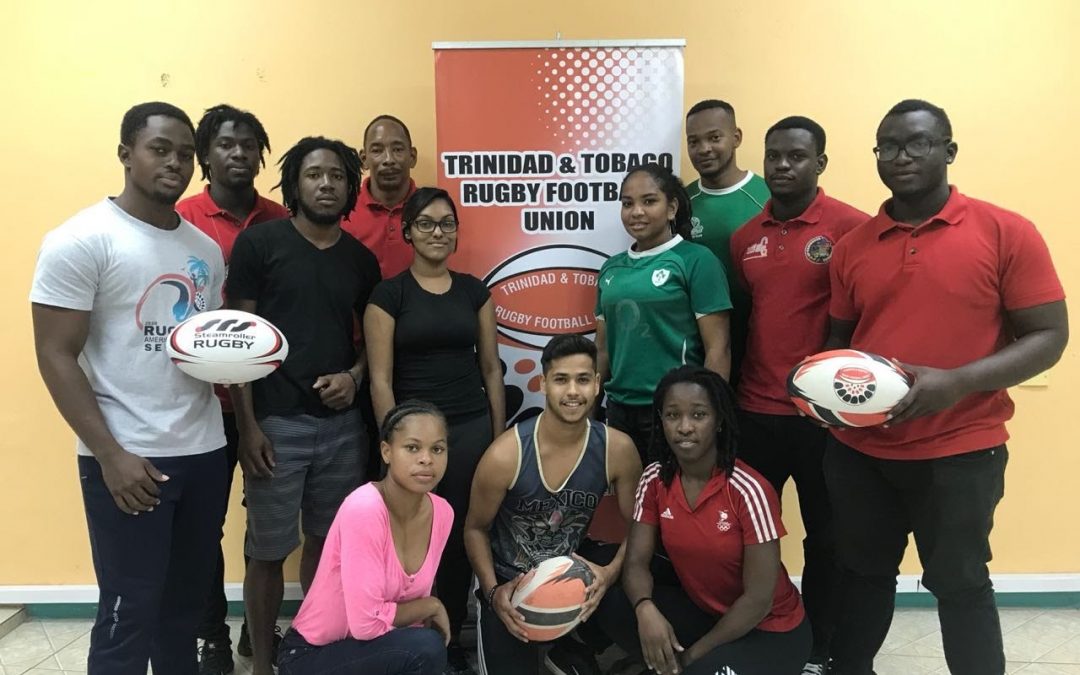 If rugby is going to grow in a meaningful direction, then it has to be more than a sport to its participants. Trinidad and Tobago Rugby Football Union (TTRFU) embraces this tenet, and engages the country’s young people in multi-dimensional ways. From the expansion of its Youth Development Program (YDP), to its collaboration with the Youth Transformation and Rehabilitation Centre (YTRC), the TTRFU hopes the approach sparks growth at its core.

“We recognize, more than anything else, that our aim is to help create a promising future for young people,” said Karl Muckette, who serves as the TTRFU Assistant Secretary/Treasurer and Youth Development Program coordinator. “We can’t focus on only sport development because less than 1% of the people we interact with will play rugby at an elite level. And even in our case in Trinidad and Tobago, people don’t get paid for playing rugby.”

On February 9, the TTRFU held a youth symposium and offered some insight into the YDP’s plans. Approximately 130-140 teenagers (40% of which were girls) assembled at the Youth Transformation and Rehabilitation Centre for a day-long event. The Centre has been home to a U19 rugby program on and off since 1966, and although no one from the Centre was able to participate on the day, the facility provided a backdrop that emphasized both the importance of learning life skills beyond the rugby pitch, as well as what rugby can do to improve the lives of the Centre’s residents.

The symposium included a two-hour block for rugby, but there were also five life skills sessions and enrichment activities that addressed money management, entrepreneurship, violence prevention and delinquency assistance, and health.

Muckette with youth at the Youth Development Symposium

“This quarter, we had the life skills [event], and next quarter the intention is to have a university fair,” Muckette explained the four-phase progression. “University of Trinidad and Tobago, University of the Southern Caribbean, and University of the West Indies will display their programs, explain the qualifications you need to enroll, and the process of enrollment. And then the third quarter we want to do our job fair.”

The year builds like one’s life might proceed. The job fair will feature protective services like the police and fire departments, the defense force and other organizations, as well as companies like credit unions and banks. The fourth quarter will then host a year-end recognition and award function. These non-competition events seek to educate and enhance the players’ lives.

“Things are often planned in a particular way but the reality may challenge some of the plans,” Muckette said. “But that is what we hope to achieve and the boxes we want to check as the quarters roll by.”

The YDP has been at work for 4-5 years now, and last year saw 11 teams (8 boys, 3 girls) participate in a five-stop 7s series. The program is planning for further growth, and focusing on building a stable club system and meaningful competition structure in which its new members can thrive.

At present, rugby is concentrated in the northern part of the country, which brings the burden of travel to any foundling team located elsewhere.

“We’re trying to decentralize the competitive blocks,” said Muckette. “We want to create zones in the east, south and north, and Tobago.

“The real aim this year is to increase the administrative density in the new zones,” he continued. “We have 18 persons who were recruited as volunteers in the past month. We pay [the Youth Development Officers] a stipend and they’ll be asked to form executive boards in the new zones, while we provide training for things like how to conduct meetings, creating a constitution and job applications.”

The Youth Development Officers (YDOs) are equally distributed between the three zones, and they’re responsible for nurturing six U15 and/or U18 teams per zone. Muckette hopes that it will only take 2-3 years for these 18 teams to be operational and stable, and in the meantime, they have a transparent competition in which to grow.

Home-and-away games occur in March and April – ideally 10s but 7s is also accommodated in the early years. In May, all six teams within a single zone play each other, and then they’re seeded 1-6 and placed into three tiers for the June championship. There, the top-two teams from each zone will compete against each other for the Trinidad and Tobago Cup, the middle-two teams for the Bowl, and bottom two for the Plate.

In July, those players who excel at the national festivals will be invited to the U19 league from September-November and benefit from that uptick play. The 7s series will resume toward the end of November and teams will be expected to play in at least three of five tournaments.

In between those competition blocks, August will be dedicated to capacity building. There will be more leadership and management training for the YDOs, as well as referee and coaching clinics.

TTRFU and the Youth Development Program have a round approach to building rugby in the country, but it’s not the first time or the only angle in which the country has experienced such successes. The YTRC, for example, was host to Saturday’s youth symposium; however, the residents of the facility could not participate on the day. But there is an active, successful boys’ team on site.

“Their program is highly structured,” said Muckette, whose been working with YTRC since 2000. “They have a coach and a board, and the coach is the manager of the national U19 team. Through the years, we’ve had a number of YTRC players make it onto the national U19 team and compete in RAN events.”

Back in 2002, when Trinidad and Tobago qualified for the then-named iRB U19 World Championship, it was a YTRC boy who scored the country’s only try.

There are some caveats with the YTRC team, Muckette explained, as the U19 age requirements are waived for YTRC residents, who serve three-year terms, and thus they can physically overpower the opposition. But the benefits speak to the YDO’s overall goals.

“The program has been instrumental in creating that new kind of reality for the young men there,” Muckette explained. “Rugby also provides the opportunity to associate with persons who … are ‘pro-social,’ because they might be accustomed to anti-social or delinquent-type behaviors. It integrates them into the world.”

There is now a YTRCF, or Youth Transformation and Rehabilitation Centre for Females, and Muckette is working with the superintendent to replicate a rugby program for the girls. It’s a bit more slow going on the girls’ side of the development but addressing those challenges is also top of mind. To learn more about the TTRFU, visit www.ttrfu.com.