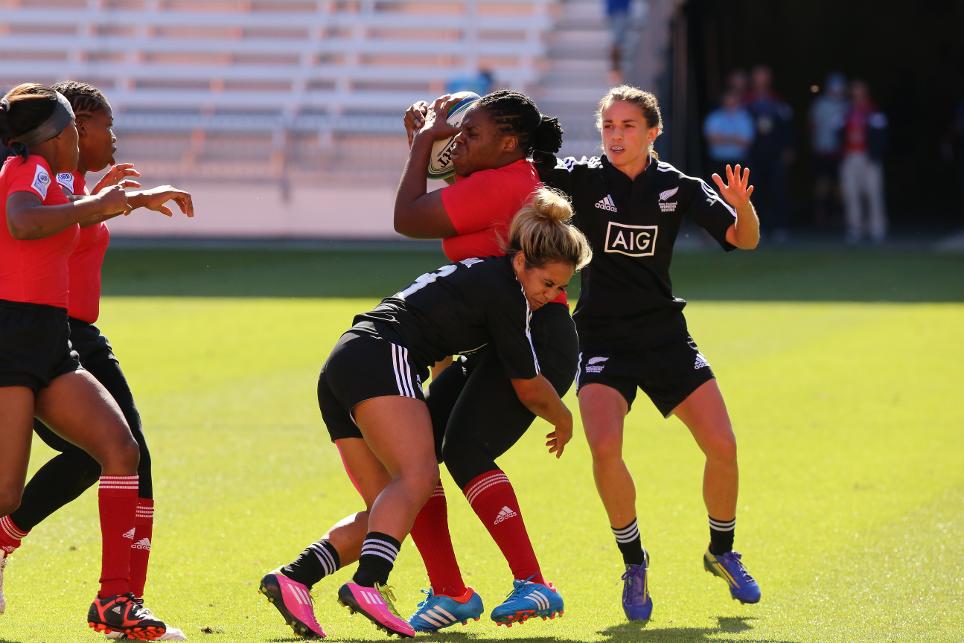 To some rugby fans the Caribbean island state of Trinidad and Tobago may be best known as the birthplace of Steffon Armitage, European Player of the Year 2014, and his brother Delon – but there’s a lot more to its rugby than the England pair.Rugby has been played in Trinidad and Tobago for almost a century, with the first recorded game taking place in 1922.Women’s sevens team manager Ebony Young says the sport has made “tremendous strides” over the last eight years in her nation, where 15s is rarely played by women.

“We usually have a 10-a-side league followed by numerous sevens tournaments to close out the season that runs from July to December,” she explained.

The Trinidad and Tobago Rugby Football Union’s slogan is ‘accept no limits’, and Young shows that determination when discussing a tough draw for this weekend’s Olympic repechage which sees her side face hosts Ireland, China and Portugal in Pool C in Dublin.

“We’re aware of them from what we’ve seen in other tournaments. We do not expect it to be a walk in the park as we all want to win.”

The ScarleTTs come to Dublin having missed out on automatic qualification for rugby sevens’ debut at the Rio 2016 Olympic Games in the Rugby Americas North qualifier in North Carolina last June.

Although they had beaten Mexico 26-21 in Medellín, Colombia, the month before, they finished second to them in Pool B, and again lost to the Central Americans in the semi-finals.

A 12-10 victory over Jamaica in the third place play-off earned them a spot in the Olympic repechage alongside Mexico as the Rugby Americas North representatives.

“The women’s team is going through a rebuilding phase at the moment, having lost a number of experienced players over the past year and a half. Despite this, though, the new additions to the squad have all adapted very well and we are on the up” – Trinidad & Tobago women’s sevens coach Carlton Felix

“It really was a heart-breaking moment,” says Young, herself a former international. “It placed the team in a more difficult position to qualify.”

Coach Carlton Felix added: “The women’s team is going through a rebuilding phase at the moment, having lost a number of experienced players over the past year and a half.  Despite this, though, the new additions to the squad have all adapted very well and we are on the up.”

Much of the leadership, including the manager, captain and coaches, comes from the Royalians club in Port of Spain.

“Our captain Ayana Skeete is one of the most experienced players on the team, having been a national player since 2007. Though she’s a naturally a very quiet person, she works extremely hard on the field and helps to set the tone of the game,” explained Felix.

Another key player, according to manager Young, is Nicolette Pantor, who has been playing rugby since she was a toddler and a member of the squad for around six years.

“She’s very skilful and agile with a great awareness of the game and can play a number of positions. She comes from a rugby family with both of her younger brothers being current national players at youth and senior level and her dad himself is a former national player and current national U19 coach. Her mom is a former player and currently coaches their club team,” explained Young.

Another stand-out player is Ornella George, who is expected to make an impact in Dublin. Standing at over 6ft tall, the Police RFC player has also tried her hand at basketball, netball, hockey and track.

Felix expects their toughest challenge in Dublin to come from hosts Ireland, who have been a core team on the HSBC World Rugby Women’s Sevens Series in 2015-16.

“Ireland are very physical and coupled with their experience of playing on the women’s circuit they will be quite a handful to deal with. China seems to be well organised and a bit physical as well to cope with their lack of genuine pace.

“Portugal looks like a very skilful team that plays as a unit and are strong in the contact areas. Though they seem to lack genuine pace they make up for that with good teamwork and ball retention.

“I expect all of these teams to be extra physical with us so it will be a great test for our players.”

With just 200 active players, the ScarleTTs draw from a smaller player pool than their rivals, but that ‘accept no limits’ attitude carries through.

“We are going to try and do our best,” insisted Young. “There’s no doubt in our mind of how challenging it’s going to be.”