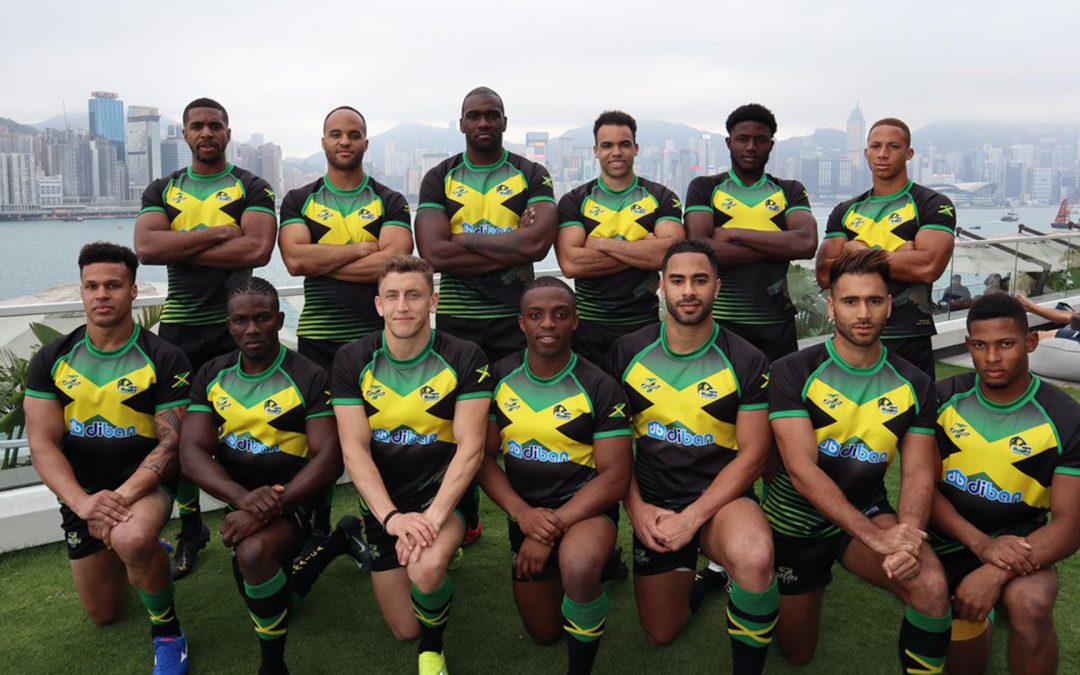 Jamaica men’s sevens captain Conan Osborne says qualification for the Tokyo Olympics would be the pinnacle for his fast-improving Reggae Crocs team.

When Conan Osborne scored the last-gasp try that qualified Jamaica for their first Rugby World Cup Sevens in 2018, the Reggae Crocs’ captain did not think it could get any better than that.

What had already been a ground-breaking year following their participation in the Commonwealth Games for the first time was topped by making it to San Francisco in the most dramatic of styles.

Jamaica booked their place at the Rugby World Cup Sevens 2018 as Rugby Americas North sevens champions, a crown they were unable to successfully defend in the Cayman Islands the following year.

Losing to Canada in the final of RAN Sevens 2019 means they missed out on an automatic place at the Olympics but they are still in with a shot of claiming the last ticket to Tokyo, as winners of the 12-team repechage, in Monaco, on 19-20 June.

“ We’ve played a World Cup for the first time; we’ve played at a Commonwealth Games for the first time; we were invited onto the tier two inaugural (Challenger) series as a core team; we have gone from turning up at competitions like Hong Kong and stuff, when people were like ‘oh, Jamaica have a team’, to now where they almost expect us to be there; we are winning games against teams we have never beaten before.

“In the Challenger Series last year, we beat Uganda, who have played a lot of World Series invitational tournaments; we beat Uruguay who have those kinds of invites; we beat Portugal who used to be on the World Series. So we are starting to take scalps of teams who you’d never imagine us beating four or five years ago.

“It is now up to us to take that next stage, to take the next scalp up from that – the sides at the top of the tier two, like Germany and Japan, or even world series teams. The repechage gives us a real opportunity to do that.

“We don’t have the benefit now of being an unknown entity,” he added. “People know who we are now, which is a good thing and a bad thing, I guess. But it’s really exciting and I think the Olympics would be the last stone we’ve not turned.”

Having seen the positive impact that their involvement in the Commonwealth Games and the Rugby World Cup Sevens had on the team, Osborne says Olympic qualification would be huge for rugby in the Caribbean country.

“Since qualifying for the last Commonwealth Games (on the Gold Coast in 2018) and other competitions funded by the Jamaican Olympic Association, we are now one of the core teams and get some funding. We are massively on their radar now, which wasn’t the case before, it was just athletics focused,” he said.

“It shows what qualifying for the Commonwealth Games and other tournaments has done. I think the Olympics would be the final thing to cement us as one of the major sports in Jamaica.”

Like all teams, COVID-19 has been disruptive to their preparations. But the London-based contingent of players, led by Osborne, have been training together at Maidenhead RFC since February and they have kept in touch with the rest of the squad and what they have been doing via a WhatsApp group.

Jamaica are in with France, Hong Kong, Chile and Uganda in Pool B in Monaco, with the top two teams from both of the pools making through to the knockout stages.

“We’ve played every team at the repechage now, which shows in itself just how far we have come,” he said.

“Up until last February, we’d never beaten Uganda before, and they used to beat us quite comfortably; we beat them two tries to nil. To hold a team to zero in a game of sevens is a massive achievement.

“We only lost to Hong Kong by seven points on one of the Challenger Series weekends, and they’re a full-time professional team, Chile are a strong team and we played France at the World Cup and they beat us comfortably. But we were a different outfit then, and we were almost caught in the headlights at the thought of playing a world series team at a World Cup. We took a lot of learnings from that.”

Osborne’s confidence also stems from the fact that most of the other teams in Monaco will be just as undercooked as them.

“Normally the likes of France and Ireland would be coming into this off the back of a world series and would be very battle hardened. But instead they have had similar preparation to us. I know Ireland played at St George’s Park the other week, but I feel it (COVID-19) has levelled out the playing field. They have had to deal with the trials and tribulations of not being able to spend four to five hours a day out on the paddock together.

“I don’t see any reason why we can’t do really well in that group,” he added.

“Top two would be an absolute dream. I think our minimum target is two wins but top two is definitely a stretch goal for us, and for the first time I see it being an achievable stretch goal.”