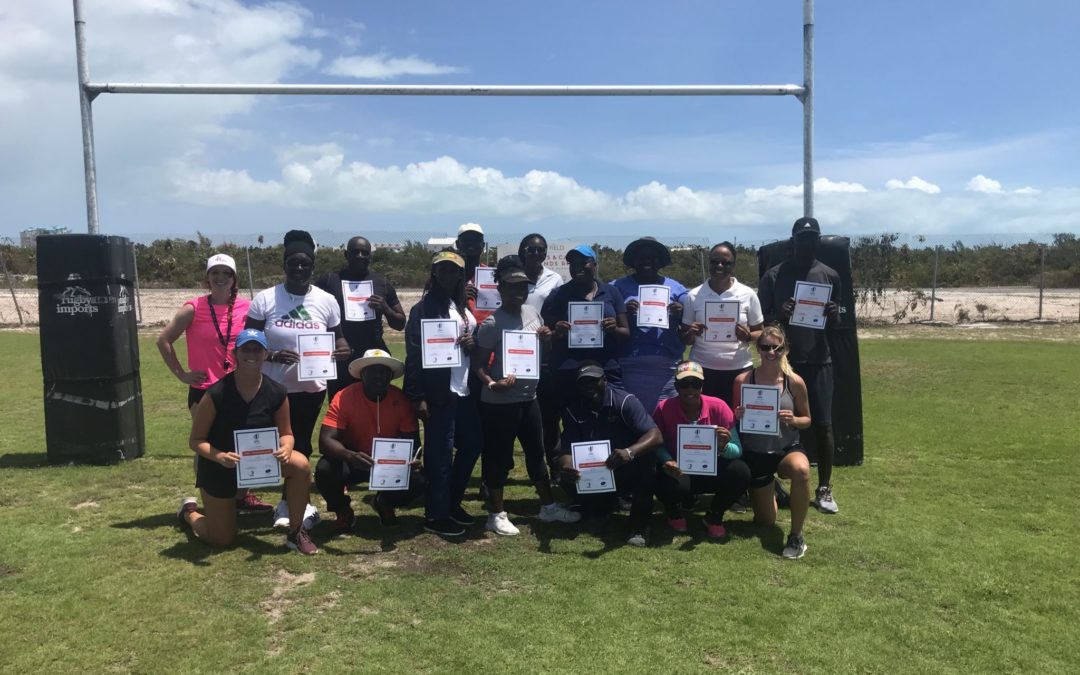 To understand the tremendous growth of the sport of rugby in The Turks and Caicos Islands, understanding the history of the sport is essential. As anybody who knows these islands will testify, grass is a rare luxury meaning non-contact or touch rugby was the preferred version of the game for many years and was initially played in Grand Turk. In 2001, The Turks and Caicos Islands Rugby Union officially was formed, which opened the doors to be able to compete in international competitions. Nearly ten years later Meridian Field in Grace Bay Village had its grand opening, and the TCIRFU became the proud owners of one of the premier grassed rugby facilities in the Caribbean.

Today, TCI has four clubs: The Provo Hurricane, The TCI Police, The North Caicos Ospreys, and The South Caicos Sharks. Throughout the year there are also various mixed leagues such as beach rugby, tag rugby, and youth rugby, that welcome all playing abilities. The rugby family has grown to around 300 individuals through such programs. From the 300 players, approximately 50 of them play with the men’s international team, who most recently beat The British Virgin Islands in the Rugby Americas North Cup. The small and big successes are what help make the rugby family here so strong. 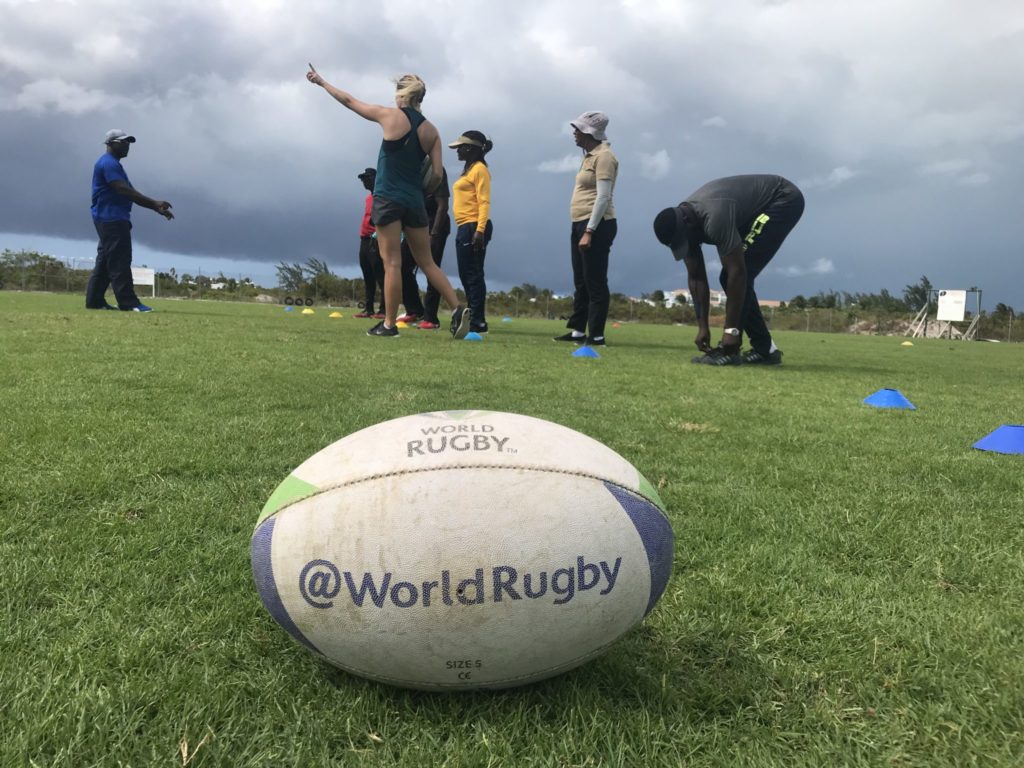 To help continue the development of rugby, international interns have been travelling to The Turks and Caicos Islands for a couple of years now. Interns travel between schools teaching the basics of rugby through fun games and drills in the hopes that they will join youth rugby and continue to play outside of school.
Recently, 13 physical education teachers in TCI received a level 1 Get Into Rugby coaching course, to help incorporate rugby more into the school curriculum, which is a significant step forward into sharing the knowledge of the game. The growth of youth rugby is imperative to enable the growth/consistency of the international team. The youth of today are the future of the TCIRFU, and as more become involved, we can measure our success of developing the sport over the years.

Starting from the ground up from touch rugby that used to be the main version of the sport to now tackle rugby has become just as popular. The TCIRFU has grown immensely and continues to fundraise to keep the union afloat. The TCI government has played a minimal role in contributing to the rugby union but has helped contribute to travel costs. The need for funding remains as the sport of rugby continues to grow in The Turks and Caicos Islands.
The Fall of 2019 will be exciting for rugby in the TCI as the clubhouse has been completely renovated and the addition of proper bathroom facilities, TV and plumbed bar will enhance the rugby experience. TFICRFU also plans to have the ground breaking for a 30 bed hostel that will provide both domestic and international visiting sides very reasonable accommodation. Two rugby interns arrive in September and the TCIRFU hopes the new facilities and their enthusiasm will provide a large boost to rugby this Fall.