The next generation of America’s rugby talent: The backs 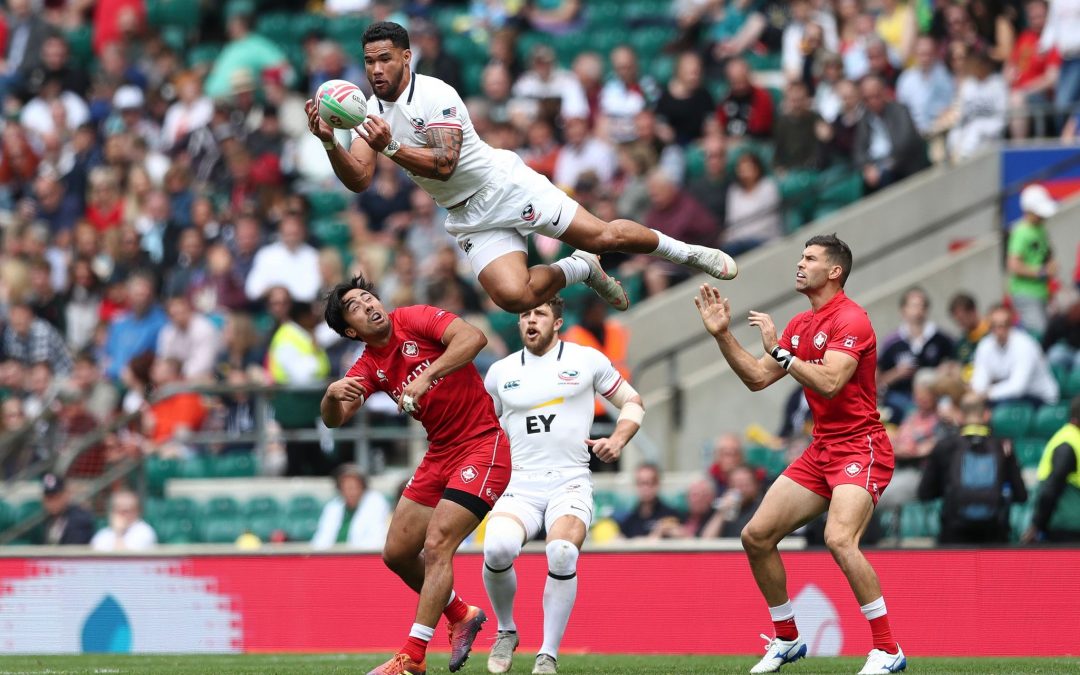 Former Men’s Eagles Sevens player and World Rugby commentator, Dallen Stanford, recently picked out the 17 players who could transform USA Rugby’s forward line-up in the years to come. Now his attention has turned to the players who may soon be lighting up the American backline and help Coach Gary Gold and his current squad deliver Rugby World Cup 2023 qualification and a first win on rugby’s biggest stage since 2011.

Ruben de Haas is an unbelievable distributor that has made something of a name for himself already at the tender age of 22. You need a slippery eel in the number nine position, and de Haas is certainly that. He’s played recently with the Cheetahs in South Africa, where both his father and grandfather also played. His fitness and timing to get around the field and control the pace is what makes him standout in Coach Gold’s eyes, and what makes him a building block for the future.

Ryan Rees, the Life University product and Rudy Scholz Award winner for the top American college player marshals the troops as a fantastic communicator from the scrum-half position. He was a back-to-back National Champion in college, and will look to bring that success to the international game.

The 23-year-old recently signed with one of the MLR’s expansion franchises, the L.A. Giltinis. America will be able to get a closer look at the little brother of Irish international Jack Carty, as he is U.S. eligible through American grandparents and is on the radar for Gary Gold’s squad. He’s got a great boot, reads the game well, and with some experience at 12, has the strength and athleticism to make plenty of breaks on his own.


Walsh just recently qualified as U.S. eligible and is studying at the University of California, Berkeley, a top-flight rugby university that has been something of a feeder program for the U.S. national team for decades. He could easily be one of the next Cal grads to pull on a U.S. jersey, and is very much on the radar.

An exceptional player who has been carving up the MLR since he was just 20 years old, Kruse refused to take a back seat on a team full of veterans. A fast and versatile player, he’s also spent parts of his career at wing and fly-half, but 13 is the position that Coach Gold would most like to see him have a go at.

A more experienced option to compete with youngster Kruse, Chris Mattina has been superb for Rugby United New York, and also has experience on the HSBC World Rugby Sevens Series. A great option to provide some backline cover in the Rugby World Cup squad.

Martin Iosefo is of course one of our favorites on the HSBC World Rugby Sevens Series, and we were very excited to see him featured at Rugby World Cup 2019 in Japan. He had two starts and played in three games and really stood out for the Eagles. He’s more elusive than the Loch Ness Monster, and you need players like that who can change the game and give their side a score or a long break, and Iosefo is certainly one of those players.

A player who has been dominating the MLR competition, John Ryberg is known as “the flying bulldozer”. Unsurprising to hear that he spends a lot of time in the gym, Ryberg was a standout player for the now-defunct Colorado Raptors. His performances in the MLR caught the eyes of the coaches and he has impressed tremendously in the U.S. camp. Ryberg signed with the aforementioned Giltinis in December where he’ll join Carty, making this team one of the must-watches of MLR’s 2021 season.

One of the fastest players in the MLR, Esdale has notched a number of long-distance tries for the Houston Sabercats. He’s one of a handful of wings in the mix that have been in the USA 7s setup, and with a solid frame to provide some power on the outside.

A standout on the USA Club 7s scene before his MLR days, where he suits up as a top try scorer for the Utah Warriors. He has great vision and runs excellent support lines. At just under 100kg, he has a tonne of athleticism packed into that bigger frame, which can be so important for the modern day wing.

The standout MLR fullback with Austin Gilgronis, Elan-Puttick can also slot in at 10, and was named after the famous All Black Zinzan Brooke. The Gilgronis’ stalwart provides plenty of athleticism while also having the rugby IQ to use the boot when called upon. A team leader, he’s a great player for the Americans to have in the mix.