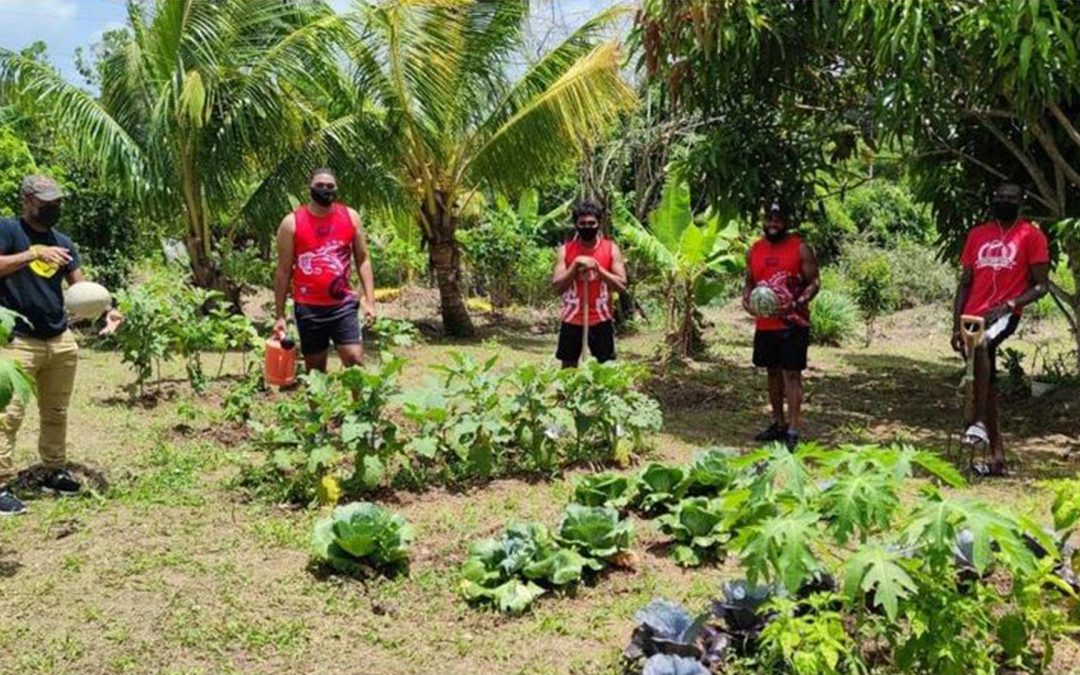 For Leon Pantor, national player and Vice President of Trinidad’s Exile Rugby Youth Club, the start of the COVID-19 pandemic in 2019 dealt a serious blow to his training and playing dreams.

With no contact sport permitted and everything ‘rugby’ at a standstill in Trinidad, Pantor found himself and his teammates were building in stress and anxiety, with no end in sight.

However, in the midst of all the chaos, a beautiful initiative of growth and regeneration was born.

“My brother Jeron came home from studying overseas and we decided to start a home garden as a way to keep ourselves occupied and alleviate some of our lockdown tension,” says Leon. “We knew others at the Club were struggling too so we started brainstorming about how we could get everyone together to do something positive. Then, it clicked – this gardening right here is a natural stress reliever, that is what we need to do.”

And just like that, the Community Garden Project came to light as a way to assist Exile players and club members to constructively channel their energy while coping with national COVID-19 restrictions. Located right next to the Rugby Clubhouse, a few meters from the rugby field, the Exile’s garden is now thriving and receiving rave reviews not only from fellow ruggers, but the local community at large. 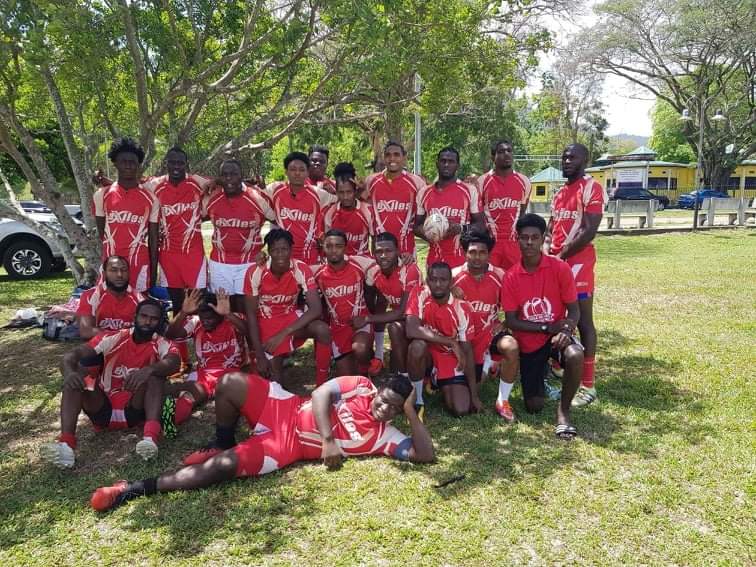 Leon says that once he and Jeron had settled on the gardening idea, they shared the concept with the President of the Exile Rugby Youth Club who gave them permission to use a wide space of land at the side of the Rugby Club.

“The area was really bushy so it was actually a win-win situation because the place would be both cleaned up andbeautified by our garden,” he says. “Once we had the agreed location, we started networking with everyone involved with the Club to gather interest. At the time, the Ministry of Health only allowed five persons to gather outdoors so we just worked with those guidelines and prepared the land step-by-step. Then we rostered the players in groups of no more than five for specific duties – some would cut the grass, others planting, and others watering. We had people from ages 2 years up to 60 years helping out, so it was literally all hands on deck!”

Pantor says to make things more rugby-oriented, they kept a rugby ball in the garden so that while they were working the land, they were also working on their passing and kicks. He also admits there was some inevitable stiff competition between teammates as to whose crop could grow the fastest!

And, as luck would have it, one of the Club members is a farmer by profession so he was able to share his knowledge with the team and assist to drive and manage the garden project to reach its full potential.

“Under Wasiym’s guidance, we planted crops that would have a quick turnover,” he says. “We decided to go with peppers, pumpkin, okra, cabbage, and tomato. We also planted a few fruit trees to beautify the place and some ornamental plants to help border the surrounding area.”

Leon says one of the best things about the garden is that everything that is grown is shared not only amongst the Club, but also with those in the community who may need a little helping hand. “In the true spirit of community and with the infamous rugby comradery, we also put together vegetable bags to share with families who we know are doing it tough, special courtesy of the Rugby Club and all who played a part in our garden.” 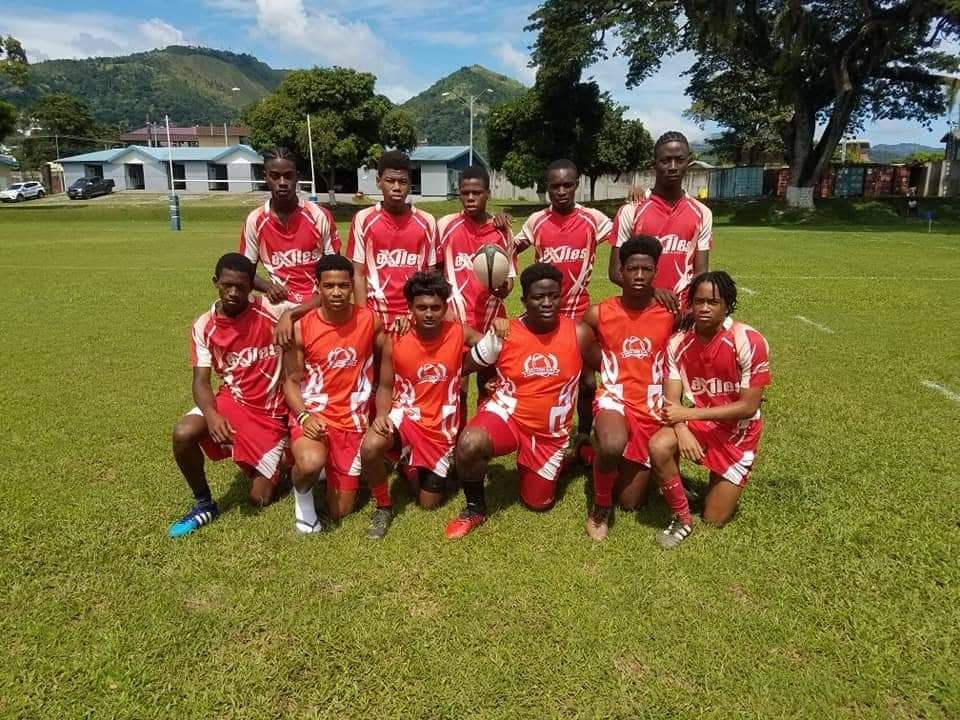 You reap what you sow …

Pantor says that despite the project starting out slow and with a small number of participants, as word got around and as members shared photos of their crops on WhatsApp, everyone wanted to know how they could be a part of the initiative; nobody wanted to be left out.

He says that for all the hard physical work they have put into the garden, the positive mental results for the team have been a huge payoff.

“As soft as it sounds, we all agree that gardening is a great stress reliever and it is actually lots of fun,” he says. “Because you have to nurture your crops every day, watching them grow gives you a great sense of achievement and a focus outside of what is going on in the wider world. There is just an overall good vibes to it – you might go into in the garden with stress but by the time you leave, it’s a totally different story.”

And it seems the good gardening vibes are contagious. Leon says when the neighbors adjoining the rugby field first saw what the Club was doing, they all asked to come and lend a hand in the beautification and transformation of the surroundings.

“This project has really surpassed just the gardening element,” says Pantor. “Not only have we all been able to cope better with the stress and issues associated with the COVID-19 pandemic, but it has taught us to appreciate the simple things in life, as well as promote healthier lifestyles and better eating practices. Bigger than that, it also has literally brought the local community together.”

It has even left such a lasting impression on players and members, that many have carried the skills they are learning back to their families and are starting home gardening projects of their own.

Leon says that for something that began as a once-off, the resounding success of the project has also seen it become an annual initiative – continuing from 2019 to 2020, and now into this year, and is something the Club is determined to continue even after the pandemic is over.

“Right now, it is the wet season and the land is nurturing back itself,” he says. “It is all part of the natural cycle. We are just waiting for the land to rebuild so can go in again hard next year and continue building the positive energy and unity for all involved.” 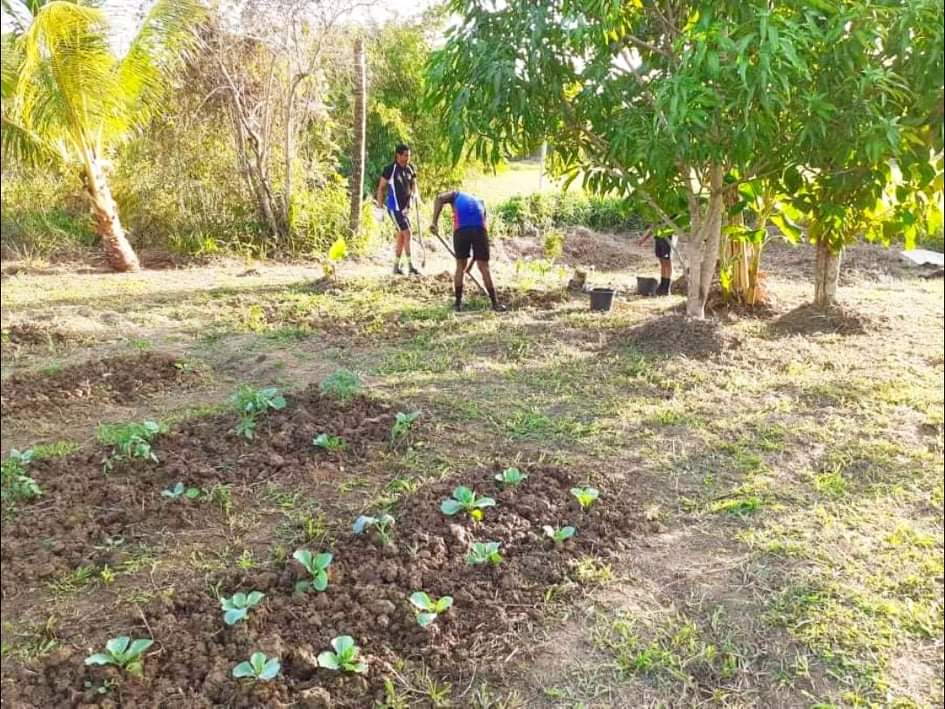