That first feeling: How Gavan D’Amore took big risks for his Olympic dream 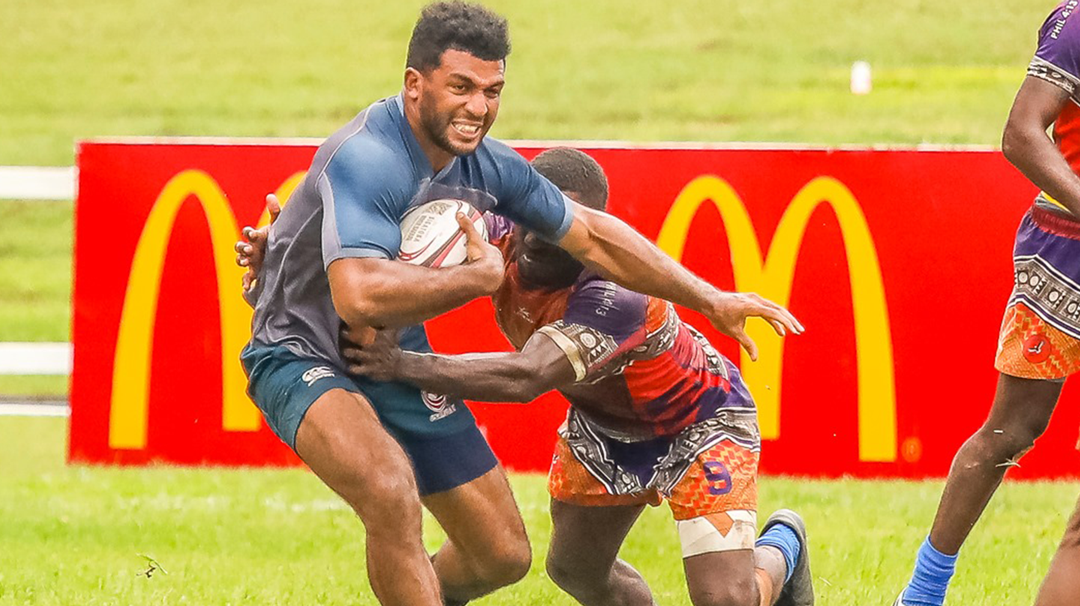 It was the classic story of an American rugby player.

Gavan D’Amore grew up knowing nothing of the sport with no reason to follow it.

And who could blame him?

His father immigrated from Honduras to the United States with a mountain of raw, unhindered, athletic talent that translated in spades on the basketball court. D’Amore would hear stories of skill and notoriety that he only hoped to one day grow into himself.

In high school, he channeled that energy into football and basketball but neither truly fit the bill. Where basketball suited his father to the tee, it didn’t deliver the contact D’Amore craved. And while football made up for that, it’s nature was too one-dimensional to fill every gap.

“I was so used to handing the ball off to other people and never getting a chance to handle it myself, knowing that I always wanted to,” he said. “They had me as a lineman and I’m not built to be a lineman. I didn’t want to waste four years in that position knowing there wasn’t any future in it for me. I like running, I don’t just want to be a doorway for people to run through.”

At the time, club sports were out of the question. If D’Amore truly wanted to harness the talent his father had, he needed to be surrounded by serious athletes.

Rugby was definitely not it, or so he thought.

“I remember talking to the then captain of the team and he invited me to play rugby for the first time. I actually told him no. It boiled down to him challenging me as an athlete and I was like ‘oh no’ so I came out to practice.

“The first time I got to hold the ball in my hand, it blew my mind. I could never put it down. I just remember hitting that first pad, holding the ball in my hand and knowing this is what I want to do, this is everything. That was huge for me, it was history after that.”

And history it was.

What D’Amore found in rugby was what he wanted in basketball and never got in football. The ability to handle the ball, make a direct impact on the score, still play a role defensively; and all the while relishing in a culture which most sports strive for and rugby cannot function without.

He can trace the moment he was hooked back to that first game in high school. A rivalry between Brookline High and Catholic Memorial.

“I just remember how passionate both teams were about the game. Things were intense. It started raining and thundering but we played on. I remember the atmosphere, seeing the steam rising up off the scrum and everyone soaking wet. We beat the hell out of each other for 80 minutes; and at the end, everyone was shaking hands and showing respect I’ve never seen.

“No one was rubbing it in the face of the other team. It was a mutual understanding that we went through something special right there. Everyone was humbled by the experience. I’d never seen that anywhere else and it spoke volumes for me.”

It’s cliche, of course, for any player who’s spent their life knowing the game. But years later, the exhilaration of holding the ball, and the culture that comes with it, are still what hook almost every new member of the game.

In the years that followed, D’Amore played for Boston Men’s Club, American International College (AIC), Rugby United New York of MLR and Old Blue. After graduating college with multiple All-American honors under his belt, D’Amore went on to play for Old Blue and entered a transitional period.

He didn’t quite know his next move. So, just as his dad left basketball after college, D’Amore gave his own professional career a shot.

Only for him, it wasn’t the same.

“I love working with kids, It’s one of my favorite things. But I could feel my body tightening up because I wasn’t putting as much time into rugby, I was losing that passion and spark. I could feel things becoming more linear and I didn’t like the direction I was headed in.”

As D’Amore almost felt the walls closing in, he realized it was too soon to give up on rugby.

“I could still become a teacher later on, but I won’t have the drive, the passion, or the strength to pursue rugby. And as long as I’m closer to rugby, I’ll be a happier person. So I started taking it more seriously. I was training harder, I was pushing myself and it started paying off. I wasn’t worried about what was in front of me, I was only worried about getting better.”

At the 2019 Club Sevens National Championships, D’Amore won bronze with Old Blue; and it was there that everything changed. He ran into USA Men’s Sevens Head Coach Mike Friday and managed a conversation that, without knowing it, put him in national team territory.

“I told him that I’d just ended my two-year program and I was only focused on getting better at rugby. I didn’t really take into account what he said, which was that we had two weeks until RugbyTown and to keep an eye on my mailbox. I had no idea what they meant.

“And then, I was at home in New York, going through my inbox, and I saw that first invite to camp. I was like a little kid opening up a game system.”

When D’Amore finally attended that camp at the Elite Athlete Training Center in Chula Vista, almost everything came full circle. He took a big risk in giving up teaching and relying on his savings, only to give everything he had to see how far rugby could take him.

D’Amore represented the USA Men’s Sevens at Oktoberfest 7s in 2019. After that, he played for the Ramblin Jesters at Dubai Sevens Invitational and went on to compete for the USA Falcons at Coral Sevens in January and the Los Angeles Invitational in February of 2020.

Where he was once bouncing between basketball and football, unable to find a platform for his athletic abilities, D’Amore is now in pursuit of a new dream.

As D’Amore will attest to, it took a massive leap of faith. And it serves as a great reminder of what happens when you trust your gut and focus on the things that deliver fulfillment in life.

“It was scary to walk away from the jobs I was offered to pursue something that was really risky. Honestly, I’m so thankful I did and I found myself here, around so many great athletes and inspirational people. I couldn’t say I’d be happier if I played it safe.”

For D’Amore, it all goes back to that first game.

Challenged by the captain, the rivalry with Catholic Memorial, the steam coming off the scrum, the brute intensity and the overwhelming respect, it was everything.

“That first feeling where I picked up the ball set the standard. I knew I was headed down the right path if I kept experiencing that feeling. Stepping out there for the first time at camp in Chula Vista, seeing all those people I’d only seen on Instagram and in highlight reels.”

“Learning from them matched what I felt when I first picked up the ball.

“I knew it was the right thing.”