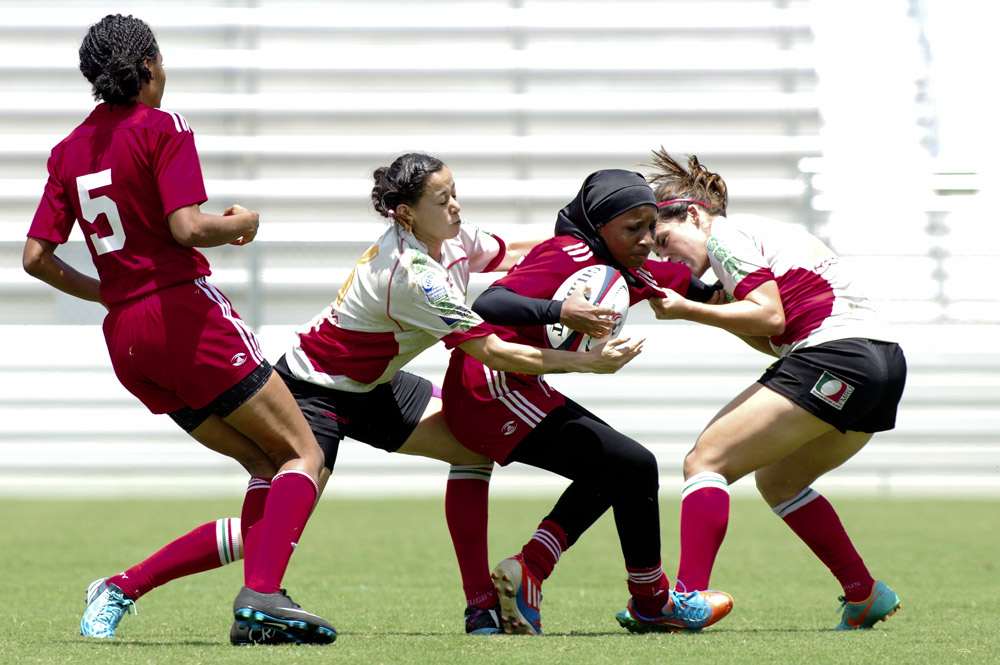 PORT OF SPAIN, Trinidad — Marking one month until Rugby Americas North (RAN) crowns two regional sevens champions, 14 men’s teams and ten women’s teams have been confirmed to participate in the annual international competition. CIC Grounds at St. Mary’s College has been selected as the tournament venue, giving teams and spectators alike a chance to experience high caliber rugby in a festival-like atmosphere close to downtown, parks and the island’s coastline. Matches will take place over two days on November 12th and 13th, 2016.

Coming off rugby’s Olympic debut, this year’s RAN Sevens will give new rugby fans a chance to watch two full days of speed and hard-hitting action. After winning bronze in Rio, regional powerhouse Rugby Canada will be sending a Maple Leafs representative women’s side to compete. Also attending the tournament will be the Trinidad & Tobago and Mexico women’s sevens teams. Both sides competed in the Olympic Repechage this past year and are expected to test the Canadian Maple Leafs.

In the men’s bracket, Mexico will surely be a dominant force after the fifteens side recently won the regional RAN 2019 Rugby World Cup Qualifier. The Cayman Islands, who recently competed in Hong Kong Sevens alongside Mexico, are expected to be a strong contender in the tournament as well.

“The annual RAN Sevens is one of our region’s flagship tournaments,” said Brooks. “Attracting the vast majority of the region’s teams, we look forward to the high level of competition. This year there is also added incentive as the top two men’s teams will earn a spot in the 2017 Hong Kong Sevens Tournament.”

Hosts Trinidad & Tobago Rugby Football Union (TTRFU) are looking forward to once again bringing in teams from around the region. The TTRFU hosted the RAN Under 19 Men’s 15-A-Side Tournament in 2013 and 2014.

“The TTRFU and Fraternity is beaming with pride in the fact the RAN has granted Trinidad and Tobago the rites to host one of the largest tournaments in the region,” said TTRFU President Leslie Figaro. “We are partnering with major government agencies to ensure the success of this tournament.  It is also an ideal opportunity to showcase the beauty and magnificence of our Twin Island Republic and the friendliness and warmth of our people.  I can ensure that the players and officials visiting, along with their spectators, will have a wonderful experience and fond memories that will last them a lifetime.”

CIC Grounds is the athletic home of St. Mary’s College—an all-boys college established in 1863. RAN Sevens competition will take place from approximately 9:00 a.m. to 5:00 p.m. local time on both Saturday and Sunday. RAN’s Get Into Rugby program will also be on display, with an area for children to participate in age-appropriate rugby games and activities.

Fans are encouraged to attend the event and take advantage of the unique opportunity to witness international sevens. Entry into the event will be $20 TT ($3 US). For those unable to attend, matches will be broadcast locally and streamed live from both fields. Viewing details will be forthcoming.