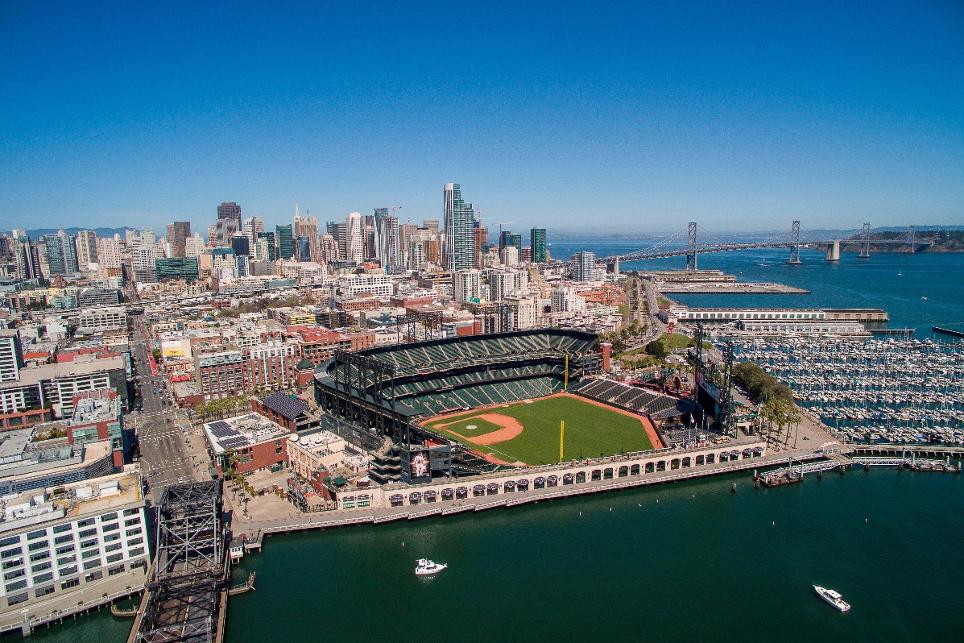 Your main purpose for visiting San Francisco should, of course, be RWC Sevens, but that doesn’t mean you shouldn’t make the most of your trip to the Bay Area and further afield. Plenty of surprises await…

From Dirty Harry to Mrs Doubtfire, from the Maltese Falcon by Dashiell Hammett to Golden Gate by Vikram Seth, or from the Giants to the 49ers, San Francisco will mean something to you, somehow. Whatever your cultural reference point or if you just have a preoccupation for impenetrable prisons, colourful suspension bridges or flamboyant streetcars, you will surely find something you love about this iconic City on the Bay.

And of course, just in case you needed an extra reason to go there, July 2018 is the perfect time to do it. The best sevens players in the world will be stretching their legs and showing off their skills as Rugby World Cup Sevens meets one of American sports’ most recognizable theatres for what will be the highlight of the rugby year.

We know what World Rugby thinks about it. “With three days of amazing rugby action on offer, coupled with everything else San Francisco and surrounding area has to offer, it could really be the holiday of a lifetime for rugby fans around the world,” Chairman Bill Beaumont tells us.

Whether you decide to come early or to stay on after the tournament, do yourself a favour and make sure you carve out some time to witness all this amazing part of the world has to offer.

Just ask Joe D’Alessandro. He is president and CEO of the San Francisco Travel Association so clearly he’s biased – but that doesn’t mean he’s wrong. He says: “San Francisco is the ideal location for the best-ever Rugby World Cup Sevens. Our city has become an expert at hosting global sporting events like the recent Super Bowl 50 and the 34th America’s Cup. Our passion for sport is fed by our three-time World Series Champions San Francisco Giants and NBA Champions Golden State Warriors. We are eager to welcome rugby players and fans from all over the world.”

So let’s start with a couple of days’ worth of sightseeing. San Francisco is home to some of the most iconic landmarks in the world. If it’s sea lions and seafood chowder you’re after, head to Pier 39 on Fisherman’s Wharf, SF’s most visited attraction. Located along the historic San Francisco waterfront, Pier 39’s location provides the perfect vantage point from where to view the Golden Gate and Bay Bridges, Alcatraz, Angel Island and the famous city skyline.

Officially its colour is ‘international orange’ but it will always be the Golden Gate Bridge to us and no trip to the city would be complete without seeing what was once called “the bridge that couldn’t be built”. This magnificent suspension bridge opened in 1937 after a four-year struggle against relentless winds, fog, rocks and treacherous tides. Spanning 1.7 miles from San Francisco to the Marin headlands, the bridge’s sidewalks are open during the day to pedestrians including wheelchair users and cyclists.

After all that physical exercise, perhaps you’ll need some cerebral stimulation. If so, the California Academy of Sciences is for you. Home to an aquarium, planetarium, natural history museum, and world-class research and education programmes, the academy is one of San Francisco’s must-see attractions.

Keeping it high-brow, don’t miss the De Young Museum, in Golden Gate Park, which showcases American art from the 17th through 21st centuries, modern and contemporary art, photography, international textiles and costumes, and art from Africa, Oceania, and the Americas. The ninth-floor Observation Level of the de Young’s Hamon Tower offers breathtaking 360-degree views of San Francisco and the Pacific Ocean.

Conservatory of flowers in the Golden Gate Park

San Francisco’s Museum of Modern Art is world renowned and definitely worth a visit, even just to marvel at the sheer scale of the place. Don’t expect to see every inch of its 170,000 square feet of galleries with more than 32,000 pieces of art on display.

If your boots are still made for walking, other museums you might consider include the Walt Disney Family Museum in the Presidio or the Cable-Car Museum in the Washington-Mason powerhouse and car barn on Nob Hill, which overlooks the huge engines and winding wheels that pull the cables for San Francisco’s famous trams. It also features three antique cable cars from the 1870s. Yerba Buena Gardens is an award-winning public facility at the heart of San Francisco’s downtown cultural district, featuring a children’s garden, public art, museums, a historic carousel, ice-skating and bowling centers.

Jump on a ferry at Fisherman’s Wharf and head to Angel Island State Park, often referred to as the “Ellis Island of the West”. It was the immigration point for the area from 1910 until its closure as the result of a fire in 1940. During that time, more than one million people were processed through the centre.

Speaking of islands in the Bay, no trip to San Francisco would be complete without taking the boat to Alcatraz. The infamous federal penitentiary has been immortalized through the work of Burt Lancaster, Lee Marvin, Clint Eastwood, Sean Connery and other icons of the silver screen. The tour is a fascinating and, at times, eerily poignant experience as you get a glimpse of what life was like for inmates of the notoriously brutal jail, which was finally decommissioned in 1963.

The Mayor of San Francisco himself, Mark Farrell, says his city is ready and waiting to welcome the rugby world. He says: “We’re honoured to be the first North American city to host this prestigious competition. We’re excited to welcome fans from across the world for this global sporting event, and we look forward to introducing rugby sevens to new audiences here stateside. This will be a great opportunity to see some of the finest athletes in the sport compete against each other, while representing their country with pride. If you enjoy witnessing greatness, you will need to be in San Francisco this July for the Rugby World Cup Sevens!”

Where to stay and what to eat

They city has hotels to meet every taste. The Intercontinental San Francisco is particularly good – and well located close to AT&T Park – but all of the major hotel companies are here. In addition, there are historic “grand dames” like the Palace and the Scarlett Huntington and there are charming boutique hotels throughout the city.

As for gastronomy, there are more Michelin three-star restaurants in the San Francisco Bay Area than there are in New York City and a combined total of 55 stars. Visitors benefit from San Francisco’s very diverse population in the variety and quality of food and beverage in the city. You can find ethnic cuisines from around the world, often innovatively interpreted and affordably priced. For more ideas, visit www.sftravel.com/explore/dining.

As good as it is, don’t limit yourself to the city. An hour up the road you have Napa Valley, world renowned wineries, stunning vistas, exquisite cafes, top restaurants and… rugby clubs?

New Zealander Philip Hansell is a founder of the local rugby club in Napa and has sent a message of welcome to rugby-lovers from around the globe. He says: “Cheer for your team, your country and enjoy the spectacle and excitement of rugby sevens. But take the time to plan and experience all the region has to offer. Wine capitals of the globe are often rugby capitals and Napa has risen to both heights.

“Our team has been coached with influences from rugby-loving locals as well as South Africans, Aussies, Tongans, Samoans, Irish, French and even Kiwis like me, most of whom work and thrive in the wine and hospitality world of the Napa Valley.”

If you’re coming to Napa, Hansell suggests starting the day with a spectacular balloon ride (check out ‘Balloons Above the Valley’) or rent a bike (from ‘Getaway Adventures’) and cruise around the town of Yountville. Kick start your day with a coffee and pastry from ‘Bouchon’ or ‘Model’ bakeries.

Then, head up to the Hess Collection winery and adventure on an ATV vineyard tour, test your skills at wine blending or savour a wine-and-food pairing second to none. Little-known fact about Napa – not only is it home to a couple of hundred wineries but the craft beer movement is also well established with the likes of ‘Fieldworks’ and ‘Trade and Stone’ all downtown.

Napa Valley is filled with a range of exciting accommodation options, from intimate B&B inns, to chic hotels, to plush resorts. Visit https://www.visitnapavalley.com/ for more ideas.