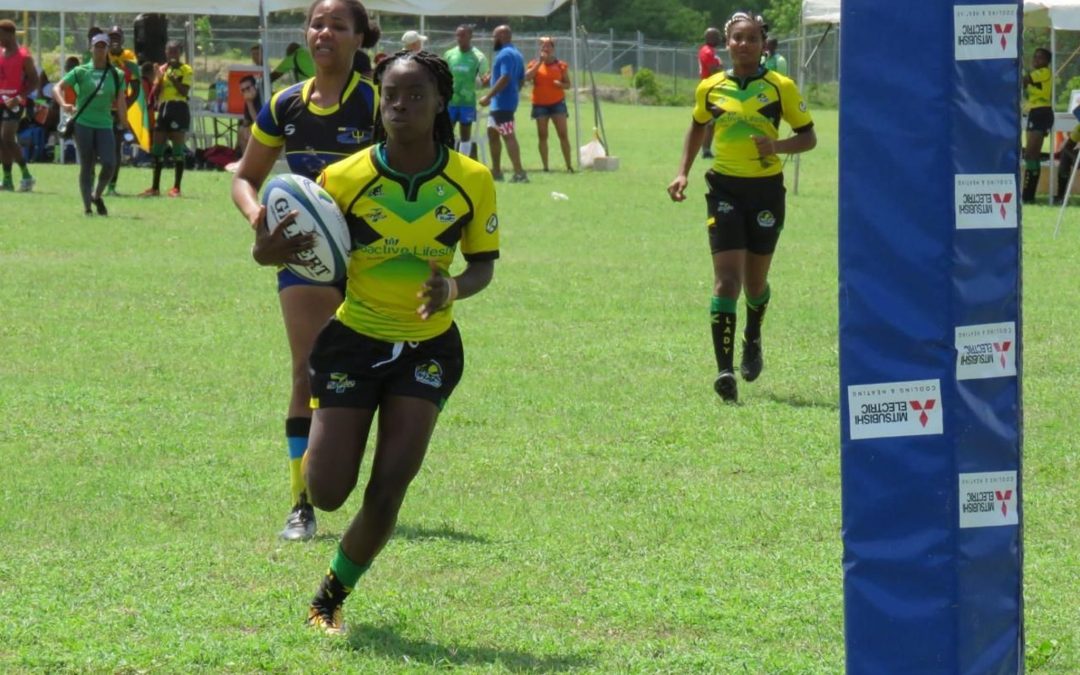 The Jamaica women’s sevens player is keen to help spread awareness of the game on the Caribbean island as one of four recipients of the scholarship scheme.

Shanae Gordon hopes to use her Jamaica Olympic Association (JOA) scholarship to finish her degree and help spread awareness of women’s rugby on the Caribbean island.

Jamaica sevens player Gordon was confirmed as one of four recipients of the inaugural JOA scholarship scheme earlier this month. As part of the programme, each of the beneficiaries will receive JM $500,000 (£2,588) per annum for up to three years of study.

Gordon has just started the third year of her course at G.C. Foster College of Physical Education and Sport, and admitted that she would have struggled to complete her studies without the JOA grant.

“I am not financially stable,” she told World Rugby. “So I was feeling really overwhelmed knowing that they’re covering all my tuition for this year, and I would be able to finish my degree.”

Gordon, 18, who first represented Jamaica at the Rugby Americas North Women’s 10s in Barbados in July, 2019, had planned to become a sports journalist at the end of her studies.

However, she is now keen to give back to the rugby community and help increase participation on the island through coaching, refereeing, mentoring and volunteering.

“I would see myself actually coaching, maybe the national team,” Gordon said.

“Or, say… teaching younger ones the game and developing rugby in Jamaica some more, because actually rugby isn’t really [played] in the rural areas in Jamaica.

“So, when I get a job to teach in a rural area, I would then spend my evenings coaching.”

Gordon discovered rugby shortly after beginning her studies at G.C. Foster in September, 2018, having met some players from St Catherine Lionesses Rugby Club.

Following her appearance in Barbados, Gordon was promoted to the training squad as part of the senior Jamaica women’s sevens set-up.

Due to the impact of the COVID-19 pandemic, national team training has been limited to online sessions over the past few months. Although she knows she has a long future in the game, Gordon is working hard to break into the senior squad ahead of Jamaica’s appearance at the Olympic Repechage tournament next year.

“It is really a long-term goal that I am looking forward to, honestly,” she added.

“So, it is really a long-term goal for me. So, I am trying to work hard to actually make the team and not only the training squad. My goal is to be one of the next Olympians, because I want to be in the Olympics.

“And then moving on forward, I want to pass down my knowledge because I am just 18 years of age. So I really have a long time in rugby.”

“WOW, THIS GIRL IS AMAZING”

Gordon does not have far to look to find a role model as she plots that path towards full international honours. Jamaica women’s sevens captain Sasha-Gaye Green is a club-mate at St Catherine, and also studied at G.C. Foster.

“She is a really wonderful girl,” Gordon said. “She ventured into rugby and she came to G.C. Foster at the age of 16. And I’m like, ‘Wow, this girl is amazing.’

“I looked at her leadership qualities, everything and Sasha-Gaye was the bomb, actually.”