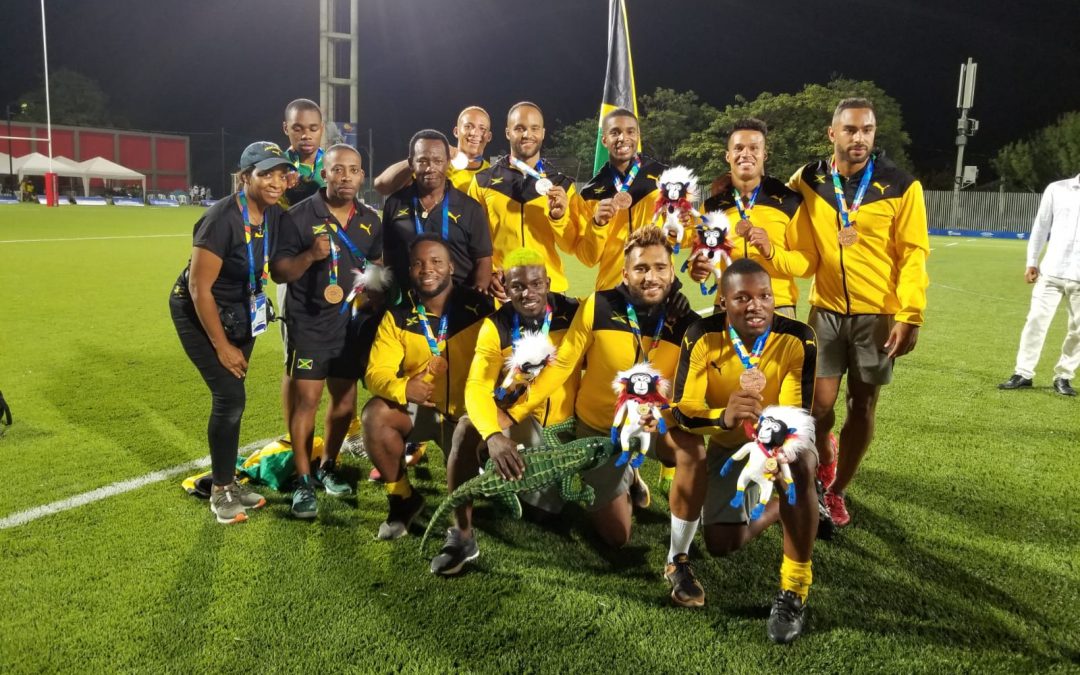 This article was written for Jamaica RFU’s “Croc Times” newsletter. Click here to sign up for the email service.

Mrs. Audrey Brown is an experienced, skillful and highly sought after physiotherapist, both on-and-off the field of play. So it’s no surprise the Jamaica Rugby Football Union (JRFU) developed a relationship with one of the best. She has provided expert service, as a certified level 2 physio, to our national teams on numerous tours, and sought to the welfare of our players. However, her greatest challenge came to her in March 2018 when she was diagnosed with breast cancer.

Breast cancer is one of the world’s most common forms of cancer and is the highest diagnosed cancer among women in Jamaica. While doing a usual breast self examination (BSE), Brown became concerned as she felt a lump during the process. She described feeling “consternation, as this lump was different, it came up real fast and was painless”. Immediately, Brown and her family, who committed to attending to everything for her, were concerned. This concern grew even more as she discovered that her mother’s aunt may have had the disease. Through all of this, the family displayed a brave face for her and she did the same for them.

Her support, in particular, from her immediate family gave her great strength to tackle this challenge head on. As she tells it; “my son became my nurse, my daughter was my cook and my husband was my driver and handy man”. Credit was also attributed to her wider family, friends, church family, peers, work and sport colleaguese who formed a very encouraging and supportive network during the treatment process. 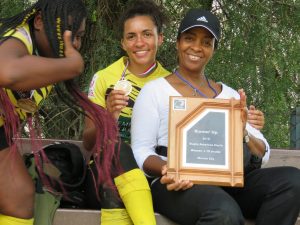 After discussions with medical staff, it was recommended she do neo-adjuvent chemotherapy (pre-surgery chemo) and then radiation. She recalls the many advice she received, particularly from those who did not agree with and even warned her against her particular treatment option. Yet she pressed on. She credits her ability to overcome, strive and thrive to the grace of god. “His provision literal earth angels (especially the kindness of some of the hospital’s staff and fellow patients) and the prayers of the saints. And gospel music, constant diet of particular songs, such as I didn’t know my own strength, God’s mercy kept me, among others”.

Along this entire journey, Brown would go on to serve the JRFU National Teams as the selected physio on several tours in 2018, most notably, of the Crocs 7s and Lady Crocs 7s teams to the 2020 CAC Games of the Barranquilla, Colombia. Truly a hero among mere humans.

“Rugby most certainly helped me! Working with Jamaica’s Rugby Teams energized me when I needed it the most.The vibes of these teams everywhere they go … the dancing … anywhere.. draws most everyone as moths to a light in great support.”

As she recalled the whole journey, she had this to say, “So funny, but it was when I came to the last of them, radiation, I was teary. Feeling as though I had finally reached the third of the main hurdles. I remember having to look up some pictures for someone came upon one of my pre-op, laughing and chatting, as if oblivious of what my outcome could possibly be, I was prepared. I cried on seeing that girl. God is good! I was and remain extremely thankful.”