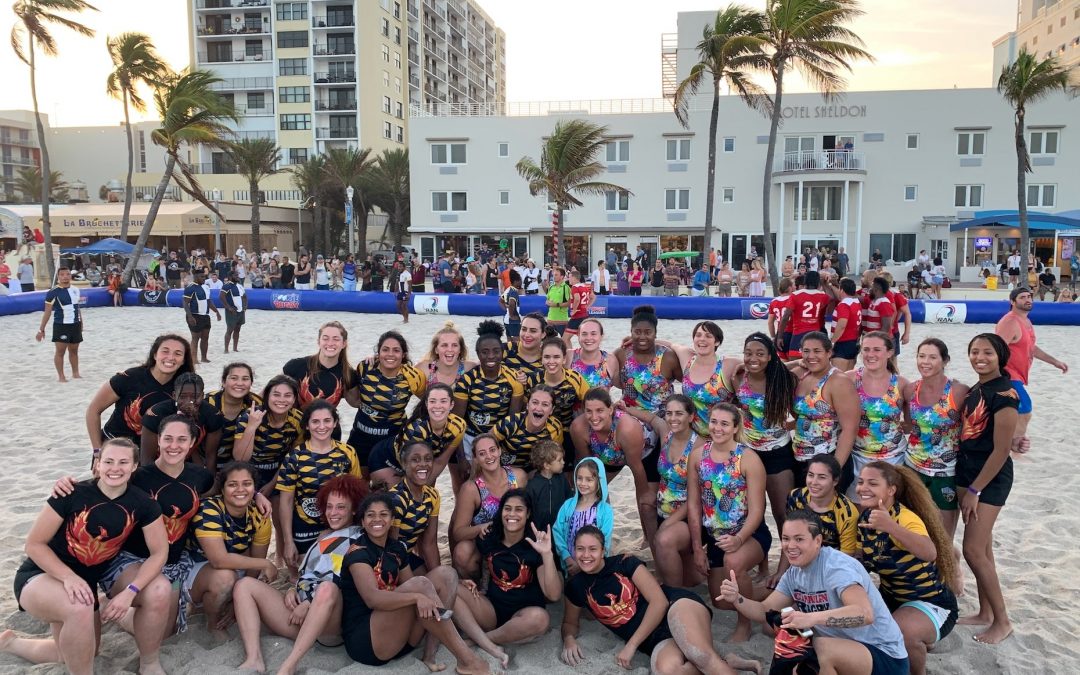 HOLLYWOOD, FL (JANUARY 13) – The 2020 rugby calendar kicked-off on a high note with the 2nd Annual Rugby Americas North Beach Rugby 5s tournament in Hollywood, Florida this past Saturday. 23 teams comprised of nearly 250 players representing clubs and Unions from throughout the Americas and Caribbean participated in the second instalment of the highly-anticipated community sporting event which was held in partnership with USA Rugby and the Florida Rugby Union.

“What we enjoy most about hosting this tournament is being able to facilitate an inclusive yet competitive environment where players of all levels and abilities can come together to hone their skills and have some fun,” said Niall Brooks, General Manager for Rugby Americas North. “Not only does this tournament showcase outstanding talent, but also gives club teams from across North America and the Caribbean a platform to prepare for the upcoming rugby season while facing off against competitors they wouldn’t normally get the opportunity to play against.” 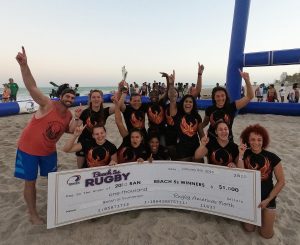 As beach rugby’s popularity has increased around the world, RAN’s flagship beach rugby competition has become a signature event on the rugby calendar played in accordance with World Rugby’s Beach 5s rules. Trading in grass for sand, Florida’s world-famous Hollywood Beach provided the perfect setting for the inflatable pitch where 46 games took place throughout the one-day tournament.

As well as teams from Florida, others travelled from Tennessee, North Carolina, Georgia, Detroit and from the British Virgin Islands, Dominican Republic and Bahamas in the Caribbean to hit the pitch competing in multiple categories including men’s, women’s, high school boys and girls in the festival-like atmosphere.

“This tournament plays an important role in connecting and engaging athletes from across the Americas while also attracting a new demographic of players looking to give the game a go in a non-traditional setting,” Brooks added. “We believe events like this are vital to the success and growth of the game throughout our region and look forward to hosting the tournament again next year.”

In addition to the competitions, the family-friendly event included live music and multiple food, drink and merchandise vendors as well as one-off activities like the fastest sprint competition. Conveniently located next to oceanfront resorts, hotels, restaurants and a world-class boardwalk, the overall fun environment drew thousands of fans and spectators who gathered under sunny skies to catch all the action.

RAN would like to thank the countless volunteers for their efforts throughout the day, along with the following sponsors for their support: Mickey Byrne’s Irish Pub, GNC, Ocean Alley Restaurant, Florida Rugby Union, USA Rugby & Unilink Sports.

Follow Rugby Americas North on social media for photos and videos from the tournament.