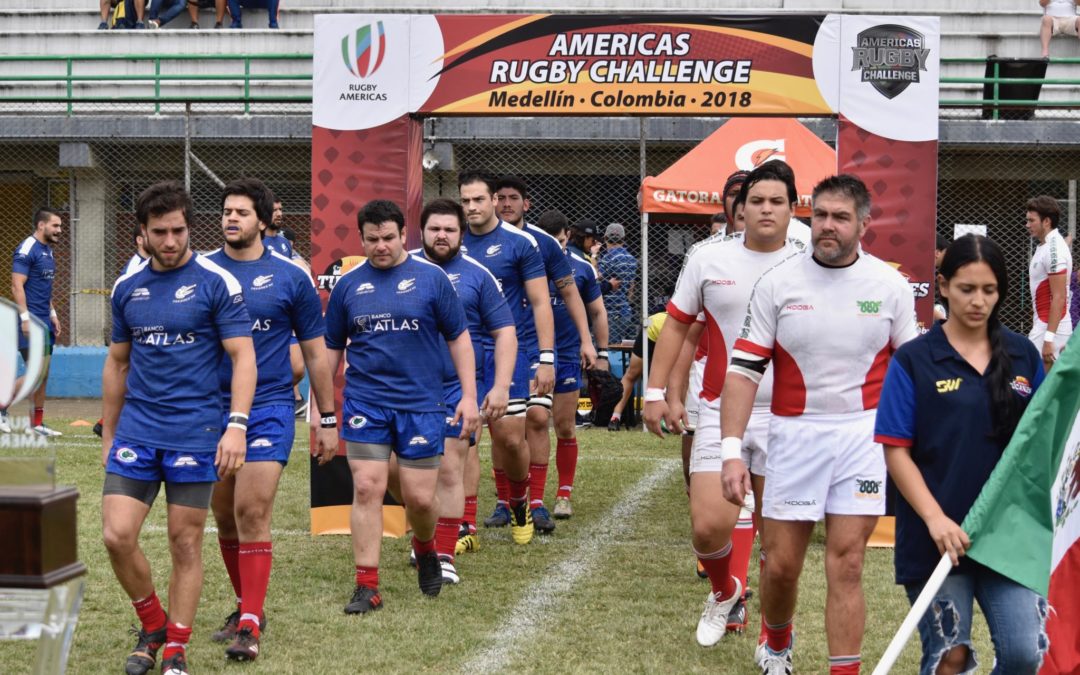 Medellín, Colombia (August 21, 2019) – Following a highly successful inaugural year in 2018, the second edition of the Americas Rugby Challenge (ARCh) is set to kick off this Sunday in Colombia.

Three of the four participating nations from the 2018 ARCh return in 2019, including Colombia, Paraguay and Mexico with the one change seeing the Cayman Islands replacing Guyana from Rugby Americas North. The tournament will once again be held at the Estadio Cincuentenario in Medellín and hosted by Federación Colombiana de Rugby.

The ARCh was created by Rugby Americas with support from World Rugby to supplement the highly successful Americas Rugby Championship to underpin growth and development through high performance competition amongst the Americas.

“Competition is the strongest fuel for growing our game and we are working hard within Rugby Americas to create meaningful high-performance tournaments to help develop players, coaches and referees,” said World Rugby Vice President and Americas Rugby Chairman Agustín Pichot.

“Furthermore, competitions create and amplify content that can be used to reach new fans and players, intrigue commercial partners and generate excitement in the region. The approach we have built and successfully aligned within the Americas region subscribes to this method and we’re looking forward to another exciting tournament this year.”

“As we enter the second year of the Americas Rugby Challenge, it will be important to see which teams made gains and which did not over the past 12 months,” added Pichot.

In the tournament’s inaugural year, Colombia finished the competition unbeaten with a 3-0 record, including their first-ever victory over Paraguay, who finished in second place.

The 2019 edition will see each team play three games in a round-robin style format with double-header match days on Sunday, August 25, Wednesday August 28, and the final round set for Saturday, August 31. The winner will be the team with the most tournament points and will be awarded through 4 points for a win, 2 points for a draw and 1 point for a bonus point (loss by 7 or less points and/or scoring four tries).

Colombia is the highest ranked team in the tournament, currently sitting in 34thplace in the World Rugby official rankings. Paraguay, who is also representing Sudamérica Rugby in the competition, is ranked 44thwhile last year’s third place finishers Mexico sit in 51st.

The Cayman Islands will be making their tournament debut this year, after an impressive 58-14 win over Guyana in George Town in February. The island nation holds the 50thspot in the rankings.

All six matches can be watched live on Facebook at https://www.facebook.com/FecorugbyTucanes/

Paraguay vs Mexico at 9am
Colombia vs Cayman Islands at 4pm

Cayman Islands vs Paraguay at 10am
Colombia vs Mexico at 3pm

Colombia vs Paraguay at 10am
Mexico vs Cayman Islands at 3pm