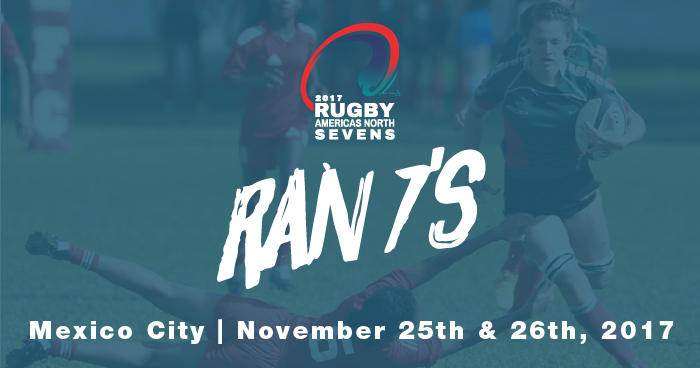 The schedule for the 2017 Rugby Americas North Sevens tournament has been released, and players and fans alike have much to look forward to when the event kicks off in Mexico City on November 25th and 26th. Ten men’s teams and sevens women’s teams from the RAN region will square off for the title of champion and the right to advance to several tournaments in the coming year.

The tournament will be played at Campo Marte, a military and equestrian venue located next to the National Auditorium in Chapultepec Park, Mexico City. Campo Marte hosts major events on behalf of the Mexican Government. The spacious grounds will house two fields of play, two warm-up areas, medical and team facilities, and covered spectator seating.

Admission to the tournament is free and youth activities will be hosted at the tournament. Food trucks and sponsor tents will also be in attendance.

Media may apply for credentials for the event by clicking on “media” on the RAN Sevens event page.

All matches will be streamed live on the Rugby Americas North Youtube channel, and fans can follow the action on social media using the hashtag #RAN7s.