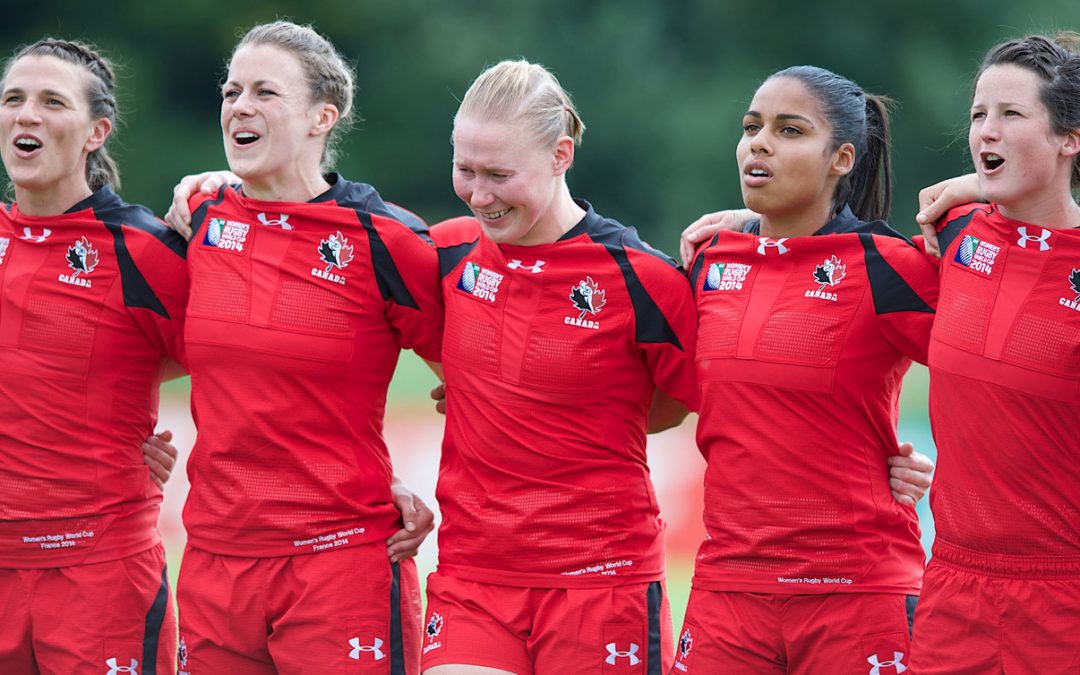 We continue our countdown to the Rugby World Cup 2021 Draw by taking a look at Canada’s history in the tournament.

Canada contested the first-ever women’s Rugby World Cup match, losing 24-8 to New Zealand at Glamorgan Wanderers’ Memorial Ground. They have been one of the more successful teams in the tournament’s 29-year history, and are one of only four teams to reach a final. However, their sole appearance in the showpiece match resulted in defeat to England in 2014.

We take a look back at Canada’s Rugby World Cup story.

Most memorable match: Canada took on hosts France at a packed Stade Jean Bouin for a place in the RWC 2014 final. The teams traded first-half penalties before the Canadians stormed into an 18-6 lead with tries from Elissa Alarie and Magali Harvey (pictured) early in the second half. France hit back through Safi N’Diaye and Assa Koita, but a missed conversion from Sandrine Agricole ensured Canada held on to win 18-16. 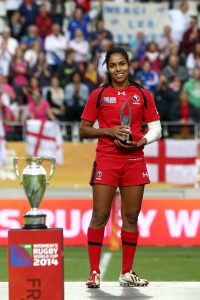 Iconic moment: Shortly after Alarie had scored in that RWC 2014 semi-final, Canada came under pressure and had to defend an attacking scrum, five metres from their own line. They did so comfortably, and set in motion a potent counter-attack. Magali Harvey received the ball deep inside her own 22, but within seconds had stepped inside Christelle Le Duff and set a course for the try-line. If that wasn’t enough, Harvey gathered her breath and sent the touchline conversion through the posts. It would prove decisive.

Low point: Defeat in the RWC 2014 final would have hurt, but it was not the team’s lowest moment. That came four years previously in England, as neighbours USA pulled off a second-half comeback to beat them 23-20 in the fifth place play-off. It was only the second time that Canada had finished a Rugby World Cup ranked lower than fifth.

Iconic player: Heather Moyse. It is a crowded field, but a return of 14 tries in only 10 Rugby World Cup appearances shades it for the World Rugby Hall of Fame inductee. A double Olympic bobsleigh gold medallist, Moyse used her pace to score seven tries on home soil in 2006 and again at England 2010.

Did you know? Canada have never finished a Rugby World Cup ranked lower than sixth. The Canadians have made the semi-finals on four occasions. They have also contested four fifth-place play-offs, winning two and losing two.

Quote: “I can’t stop smiling, it’s just a huge rush of adrenalin. I’m not realising it fully now, but I soon will,” – Magali Harvey’s reaction to scoring a try later nominated for IPRA Try of the Year 2014 that earned Canada a first appearance in a RWC final.