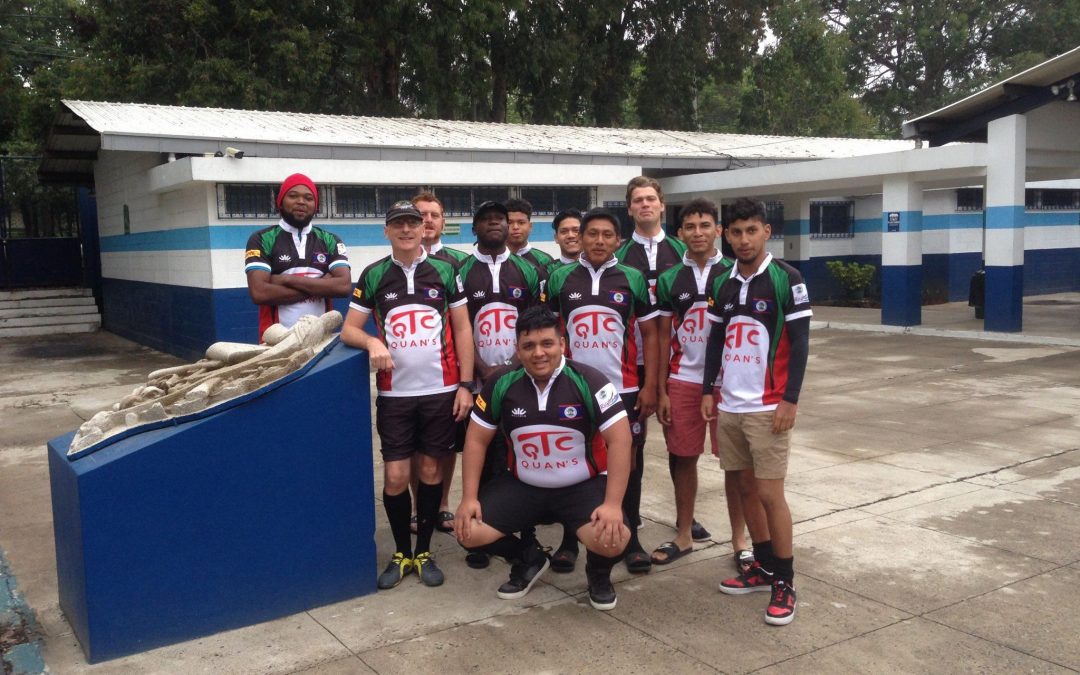 Rugby Belize founder Tony Gillings has bold ambitions for the game in the Caribbean nation.

Briton Gillings, who fell in love with Belize during a 12-month tour with the Royal Air Force (RAF) 38 years ago, returned permanently in 2015 having beaten testicular cancer.

Since then he has worked tirelessly, growing rugby from scratch into Belize’s seventh most-popular sport, with two national teams, six senior men’s sides, one women’s team and about 300 registered youth.

In August, 2019, less than four years after Gillings first set off into Belize City, oval ball in hand, in search of interested players, the union became an Associate Member of Rugby Americas North (RAN).

But Gillings has even grander plans for Central America’s newest rugby-playing nation. Based on the work Ben Ryan did in Fiji prior to the Pacific nation’s gold-medal performance at Rio 2016, he has devised a four-year plan he hopes will deliver Olympic qualification.

“I am hoping that we can get a team to the Paris Olympics,” Gillings told World Rugby.

“Now, that might sound like a pipe dream but everything that I do in Belize is basically based on what happened in Fiji. Because Fiji and Belize are very similar economically speaking, and Belize has been to every Olympic Games, the same as Fiji has but never won a single Olympic medal.

“So, the way I try to inspire the youth here is, let’s get a team together, let’s qualify, let’s go there and let’s bring back Belize’s first medal from an Olympic Games.”

In order to make that dream a reality, Gillings — who also sits on Belize’s Olympic committee — coaches the country’s youth team, and continues to spread the gospel of rugby.

“I spend most of my time talking to people about rugby and trying to get more mass-appeal for the sport,” he admitted. “I guess, basically, I’m preaching a lot.”

If Gillings is evangelical about rugby then that is perhaps because this is a chance he thought he might not get.

When he left the Caribbean following his RAF tour he vowed to come back one day, but fast-forward 30 years and his return journey had taken him no further than Dublin.

That is where he noticed some pain in his testicles. Gillings visited his doctor on a Monday morning, by Tuesday he had been diagnosed with cancer by a specialist at St. Luke’s Hospital.

He returned to the hospital that Tuesday night and was operated on the following day. “If I hadn’t gone into the hospital and had an operation it would have been too late,” Gillings said.

“When you get to that stage you think, man, what have I achieved in life? What have I done? And I realised I really haven’t done that much. So, yeah, it was life-changing.”

Following the breakdown of his marriage, Gillings decided to make good on the promise he had made himself in the early 1980s and return to Belize.

He made two trips to the country in 2014, making friends at Belize City Council and sowing the seeds for the rugby programme that would pull him back permanently.

In 2015, Gillings departed Dublin and shipped two Get Into Rugby (GIR) kits to Belize. Locals initially mistook the rugby balls for American footballs, but were soon convinced to swap scrimmaging for scrums.

“I was just telling people, ‘No, this is called rugby’,” he explained.

“Within the space of a couple of weeks, on Saturdays and Sundays, I had two little groups of kids that I was doing the basics of rugby with in local parks. And it literally grew from there.”

Within a year, Belize would play its first sevens international, against Guatemala, while Gillings has helped to organise three national championships to date.

In 2018, he took rugby into Belize Central Prison and subsequently put on an eight-week rolling programme for inmates on the youth wing.

Plans to roll out a similar programme in the men’s prison has been delayed by the COVID-19 pandemic, but Gillings is hopeful it will be laid on by the end of the year.

“I am immensely proud of what rugby’s achieved in Belize,” Gillings said.

“I mean, in the space of less than five years we got six teams set up, we were able to join our regional body as an associate member within four years, we have a great prison programme.

“I have lots of kids all over the country who now all know about rugby, whereas they didn’t before.”