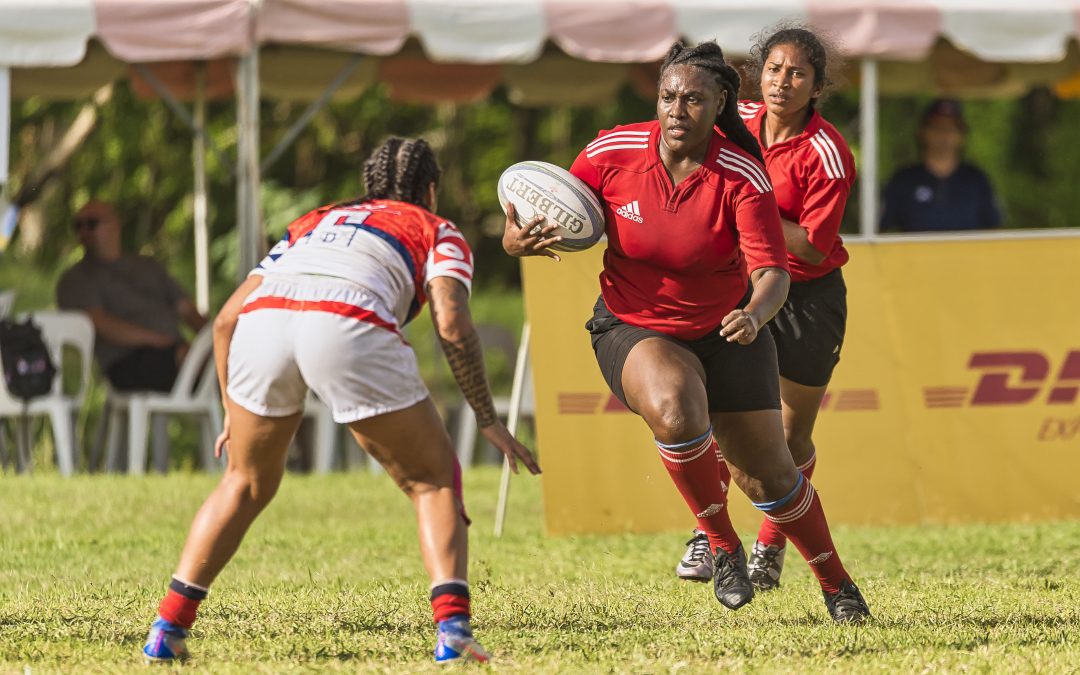 The regional association launched an online campaign on Monday that will showcase the inspirational stories of women from the Caribbean and North America.

Rugby Americas North (RAN) will shine a light on the work being done to grow women’s rugby in the region as it hosts its inaugural ‘Unstoppables’ campaign this month.

Launched on Monday, the online campaign will showcase the inspirational stories of a number of ‘Unstoppable’ women from North America and the Caribbean.

Building on the success of RAN’s first Women’s Online Forum, which took place in August, the ‘Unstoppables’ month will also feature a series of three Women in Rugby online panel discussions.

It is hoped that the initiative can “highlight [the] exciting growth of women’s rugby throughout North America and the Caribbean”. According to figures released by RAN, the number of registered female players in the region rose from 31,000 to 43,000 between 2012-19.

“World Rugby launched the second phase of the ‘Unstoppables’ campaign and we really saw that as an opportunity for RAN to dive a little bit deeper into our region to find our own ‘Unstoppables’,” RAN Regional Development Manager, Erin Kennedy told World Rugby.

“Following the success that we had with the Women’s Forum in August, we saw it as a really great opportunity to keep that momentum going and keep that focus on the women’s game.”

Topics for the panel discussions, which will begin on 17 November and run until 1 December, were decided on following feedback from the Women’s Online Forum in August.

A number of high-profile women in rugby from the region, including Emilie Bydwell, Julianne Zussman, Tiffany Faaee and Maria Thomas, will take part in those discussions.

Thomas is scheduled to take part in the second discussion on 24 November, which will concern opportunities in the game for women away from the pitch.

She will share her experience as a World Rugby Women’s Executive Leadership Scholarship recipient in order to encourage more women leaders from the Caribbean and North America to consider applying for the programme.

“I’m looking forward to this being an opportunity for women that we haven’t seen yet,” Thomas told World Rugby.

“There are many women who are working extremely hard, they’re very dedicated. Whether it’s their personal athletic goals that they’re achieving or goals in leadership, coaching, refereeing, there’s so many stories that just go untold.

“Sometimes there’s not time to do it. We don’t have access to those people, and this is a platform that we can use to tell more stories and to highlight other people who are doing amazing things in the community.

“Right now, the World Rugby Women’s Executive Leadership Scholarship is up for application again. So, I’m hoping that a lot of women will see the difference that it’s been making and put their names forward.

“Even if you’re not one of the few who are selected, it still means that your name is forward and it’s there because the purpose of this isn’t to only support the education of a few people, it’s to actually have a ripple effect and effect as many people as possible.”

RAN’s ‘Unstoppables’ month comes as part of the second phase of World Rugby’s ‘Try and Stop Us’ campaign, and follows localised initiatives in Africa, Asia, South America and Oceania.

Kennedy believes that the online campaign underway in the Caribbean and North America can help bring women from across the region closer together.

“In our region, having some larger unions, a lot of the focus tends to be on those unions,” she said.

“This is an opportunity for us to really showcase what’s going on in some of our smaller unions, as well as our bigger unions, and connect the two.

“Maybe they look a little different, but this has really allowed us to bring it all together so that hopefully everyone, no matter where they’re living in our region, is able to take something away from this and apply it into their communities.”