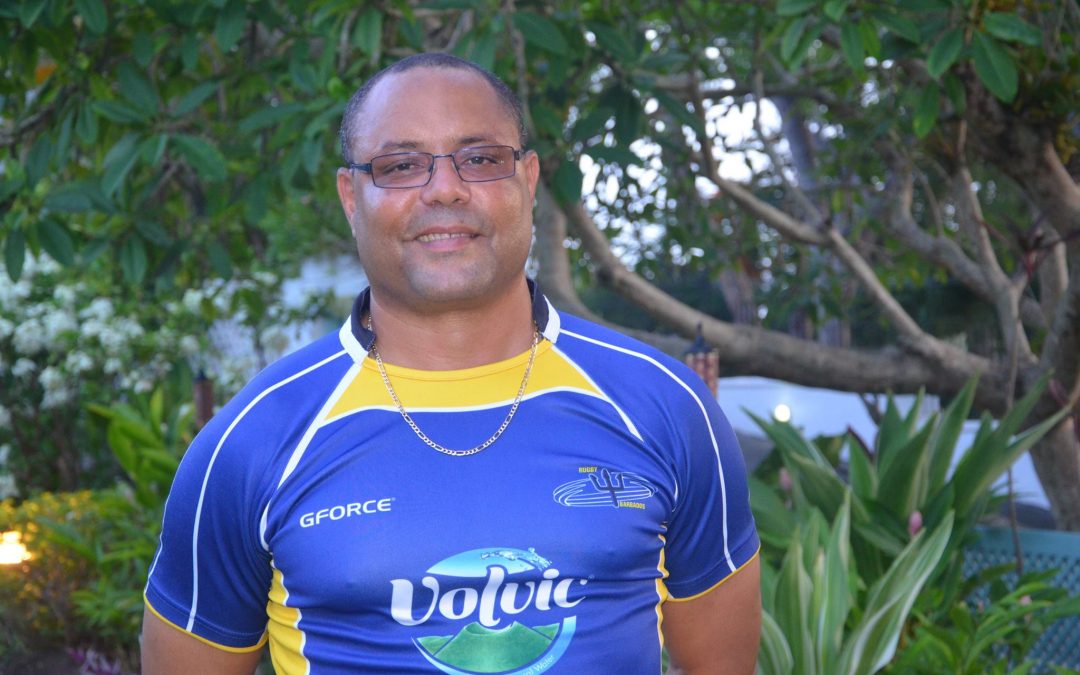 George Nicholson, who has been a passionate player, match official and executive for more than 35 years in our region, and a member of RAN’s EXCO for the last thirteen years, has been appointed to the role of President.

Click here to read a full RAN bio on Nicholson.

Joining RAN’s EXCO for the first time are Paul Santinelli and Wayne Pantor.

Santinelli is an inveterate rugby player, having played more than 30 years at all levels of the game and is currently the CEO of Rugby ATL in Major League Rugby. His professional experience is that of an entrepreneur and venture capitalist where he is currently a part of Raptor Sports Capital that has a focus on investments in sports, tech, and media. He has broad experience in executive operations and governance with both corporate and rugby organizations.

“On behalf of RAN, I would like to thank Bob Latham for his dedication and commitment to growing the sport of rugby in North America and the Caribbean as a member of its EXCO and USA’s representative for the past 15 years,” Miguel Carner, RAN’s former President

“I would also like to acknowledge Dennis Dwyer, who has stepped down from his role on RAN’s EXCO after 20 years, but will remain as RAN’s World Rugby council rep,” added Carner. 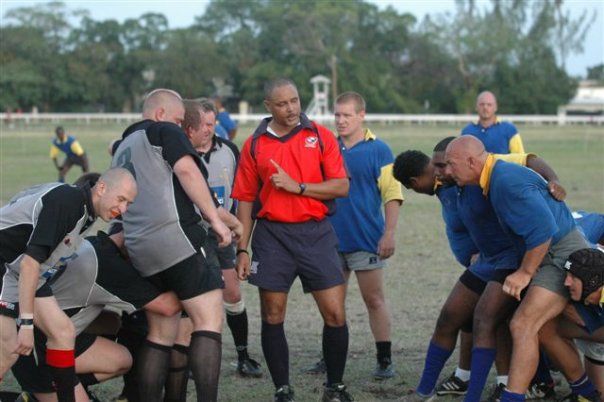 Mr. Nicholson got his start in Rugby during a stint at the International School of Kuala Lumpur, where he was accompanying his father on his one-year sabbatical. Upon returning to Barbados in 1984, he was instrumental in getting rugby restarted at Harrison College, and at age 17 was invited to National training. Thus began a Rugby career that would span 22 years as a player and 14 years as a referee. Mr. Nicholson captained Barbados in the 1999 RWC Qualifier against Bermuda in 1997 and played rugby until 2006. He also served as President of the Barbados Rugby Football Union from 2008 to 2014, and was elected to the Executive Committee of NAWIRA (subsequently NACRA and now Rugby America’s North (RAN) in 2008.

In a recent interview, he expressed the following views when asked how his background as a player prepared him for this role: “One of the great things about Rugby is that it is the ultimate team sport. Every player does their bit to support the team, sometimes without recognition or glory. While being the President of Rugby Americas North certainly does provide the recognition, it is the work that has to be done behind the scenes to make the game in our region better and stronger that will define how the ‘team’ will perform. I am fully prepared to assist any one of our Members that is ready to do the ‘hard yards’ to achieve their objectives.”

When asked what his appointment meant for him and for Barbados Rugby, he responded: “For me it is an opportunity to execute my vision of increasing awareness of the sport of Rugby in our region, to publicize the opportunities, personal development and life-long camaraderie that can derive from playing the game. For Barbados Rugby, and for the rest of RAN’s members the Caribbean and Mexico, the new direction that was agreed upon by Members at the recently concluded RAN AGM will mean greater opportunities for players, coaches, trainers, physios and Unions to participate at higher levels and to grow in the game.”

Mr. Nicholson also described RAN’s response to the COVID-19 pandemic’s disastrous effects on regional Rugby: “One of the main points that came out of the RAN AGM was that Rugby is a community, and our region needs to act in a more united manner when addressing issues such as the recovery from the pandemic. Several of our Unions have been taking advantage of the break to strengthen their organizational structures, with some brilliant ideas and concepts being implemented. RAN will be facilitating quarterly ‘check-ins’ with Unions in an online forum where ideas and approaches can be discussed and disseminated. The new RAN Strategic Plans that were drafted during the Women’s Planning Forum and the RAN Strategic Planning Session before the RAN AGM will require Union personnel to execute specific tasks with RAN support in several key areas.”

Mr. Nicholson also plans to take Rugby in new directions across the region. He said, “One of my goals is to ensure that RAN fully taps into the diversity that this region possesses. While Canada and the USA are RAN’s biggest members, seemingly doing well on the world stage, at the domestic level they face many of the challenges that we in the Caribbean and Mexico do. With the advent of a professional Rugby league in the USA, and the start of the Pro Rugby 7s (PR7s) tournament, opportunities for people from our region that are involved with Rugby could be endless. RAN intends to create opportunities for our region through collaboration and negotiation with all stakeholders.”

In addition, Mr. Nicholson was very enthusiastic about promoting rugby from the grassroots level upwards, across the entire region. He said: “RAN acknowledges that it has the resources to assist its members with promotion and education in a more interactive way and will be implementing regular promotional campaigns that will feature local footage from each member’s country. RAN will also be encouraging Unions to publicize the fact that Rugby is a Community, and to send the message that ours is an inclusive sport that celebrates diversity. We want everyone to feel that they can be a part of the sport, whether they are parents, teachers or supporters who may not want to actually play the game.”

When asked about possible pain points, he was very candid in his response: “As always, it’s about the money. If Rugby is to truly grow in our region, RAN needs to generate its own revenue so that it can support the development of its members in a more robust and diverse manner. I believe that the new direction given to RAN by its members, and the new ExCo (Executive Committee) that was recently appointed, will position us to make headway in terms of independent revenue generation over the next few years. Our product is not just our tournaments, but every Union, every player, every supporter, and every administrator that is involved in Rugby in our region. Together, we comprise over 1 million people with social media channels and followers. I believe that could be a very attractive ‘product’ for a major advertiser to tap into.”

Prior to the COVID-19 pandemic, Rugby Union was described as the fastest growing sport in the world. Emerging professional leagues and tournaments are providing burgeoning opportunities for players, administrators, coaches, and trainers from the Rugby Americas North region.

As we prepare to enter 2022, the regional Rugby Community can feel confident that the new RAN President, supported by his new ExCo, has the knowledge, expertise and drive to maximize growth, while making history as the first Barbadian to head the regional rugby body.