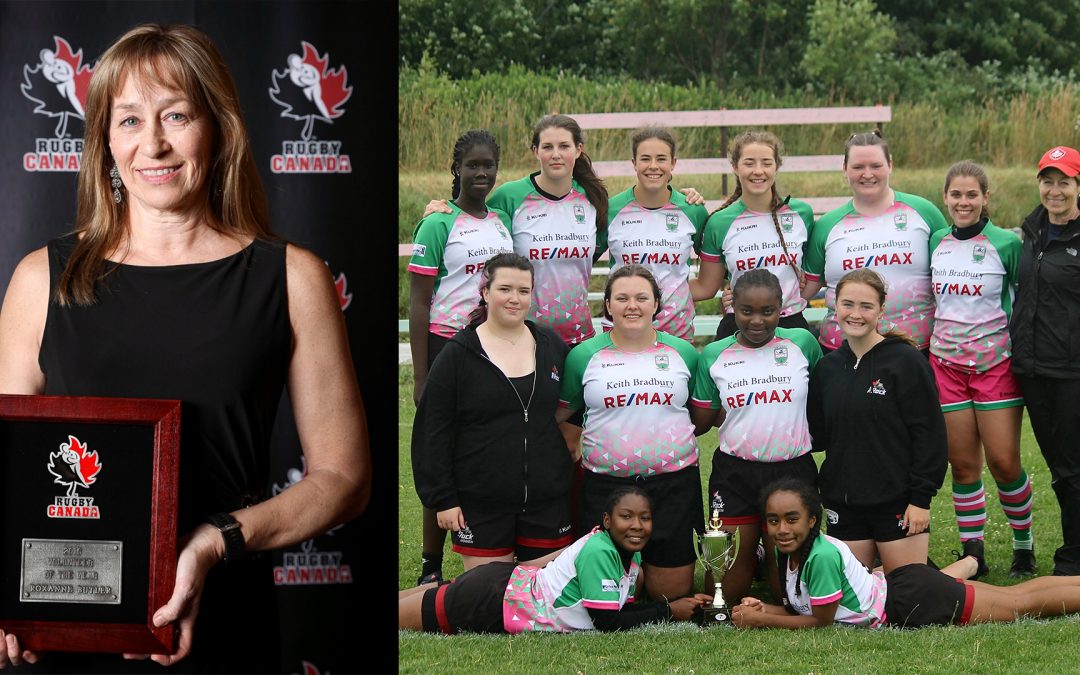 Roxanne Butler has been dedicated to rugby in Canada for over 30 years now, serving in a variety of capacities – player, coach, manager, volunteer, director, and Board member, just to name a few.

Her latest role, as Team Manager for the 2022 Canadian Classics Women’s team, will see Roxanne manage the women’s side, who will be taking part in the event for the first time in 15 years.

Not one to relish in the limelight, it is worth noting that Butler was also awarded Rugby Canada’s ‘Volunteer of the Year’ Award in 2016 for her behind the scenes commitment to Provincial Rugby – as past Women’s Director and current Secretary, Junior Girls Coach, and for her assistance with programmes coordination and fundraising efforts for over 20 years. 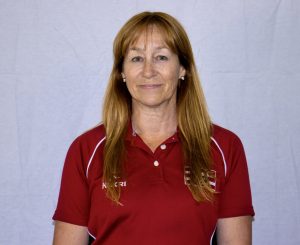 In her early years, Roxanne says she had previously tried a number of other sports like softball, volleyball, and even touch football, before finally getting involved with rugby.

“I watched the men play a game of rugby and I thought, ‘I’d like to do that’,” she says. “From then on, I started going to the Swilers club practices and it all just kind of snowballed from there.”

What started out as training with the Swilers quickly turned into ‘captaining’, and Butler rose up the ranks to Captain the Swilers from 1994-1997 and even led them to winning the Club Championship, the ‘Deacy Cup’.

Roxanne says that over her career, she has had many highlights both on and off the field which have shaped her journey to where she is today.

She captained the first ever Newfoundland Senior Women’s team to attend the Rugby Canada National Tournament, as well as represented the province as Captain in the late 1990s.

In 1996, she also took the first ever U19 Junior Girls team – the Newfoundland and Labrador ‘Rock’ Girls – to Nationals and returned home with the bronze medal as reward for the first ever female appearance at a National event.

From 1996 to 2008, Roxanne was also the Volunteer Team Manager of the Canadian National Women’s Senior team, and in 2017 (even as the only appointed Coach) she managed to take both a Senior and Junior Newfoundland Women’s team on an international tour to Ireland to play in the Women’s World Cup Fringe Tournament; both teams coming home with trophies.

Fast forward to 2021-2022, as restrictions started to ease surrounding the COVID-19 pandemic, Butler says the general focus shifted to hosting the 2022 Atlantic Youth Tournament at Swilers RFC. Held over 7-9 July 2022, the Tournament saw over 600 participants, six divisions, and 23 teams competing, and Roxanne was both one of the lead organizers and a co-Coach for each of the three NL Girls’ Provincial teams. 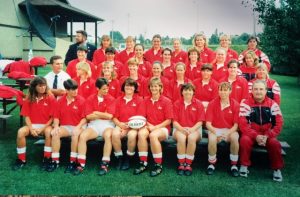 A woman of many talents …

Roxanne currently serves in a variety of roles within rugby and shows no signs of slowing down.

She says her current and most recent role as Team Manager of the 2022 Canadian Classics Women’s team provides support for an event that provides a platform for former Canadian International players and deserving domestic players to represent Canada together on a world stage in the ‘Classic’ (over 32-years old) category.

“I was invited to be Team Manager,” she says. “I initially wasn’t sure as my plate is already very full, but I really couldn’t turn down the opportunity to see some old friends and again work with some of the best rugby athletes in the world, so I said ‘yes’.”

And, as fate would have it, Butler says the highly-anticipated event will now be held at her club – the Swilers Rugby Club.

Roxanne is also Head Coach for the Provincial Junior Rugby programmes – U15, U19 and U17 – all of which recently played in the 2022 Atlantic Youth Tournament; the U15 and U17 both taking out bronze medals.

Adding another notch to her belt, Butler is simultaneously Head Coach for Team NL Rugby 7s which will now see her take a team to compete in the Canada Games in Niagara, Ontario next month.

She also serves in administrative roles for both Newfoundland and Labrador Rugby Union (Secretary), and Swilers RFC (Women’s Director).

Her multitude of roles means she is impressively still involved in rugby at a variety of levels.

Although Roxanne says she had planned to start stepping back a little this season, this year alone, she has already managed to: 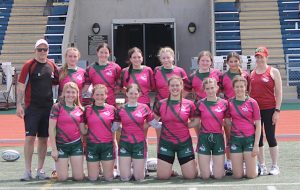 With her wealth of experience and true passion for the sport, it is safe to say that Roxanne Butler is a real ‘woman of rugby’.

When asked why she is driven to continue to progress rugby on all levels, she says the overwhelming support of the rugby community and other pivotal stakeholders is a key factor in what motivates her to keep doing what she does best.

“I am so lucky to get to work with amazing, knowledgeable, and skillful people,” she says. “The coaches and the awesome athletes that somehow never fail to energize me, the supporters who always seem to come through whenever needed, and the sponsorships and Government programs that provide great support is what contributes to keeping me in the sport year after year.”

She says with all the hard work that is being put in right now, it really is a case of the sky is the limits for where the path may lead for women’s rugby in Canada.

“On a more personal note and closer to home, my vision is to have some of my Newfoundland U19 girls getting a look in by the National program,” she says. “A small number have already been selected to play for Canada at past events, as well as attended Identification Camps, so we are moving in the right direction. We have a number of young players in our Canada Games program and others in the Provincial program who, with adequate training and experience, I am hoping will get a look at by Canada in the next year or two.” 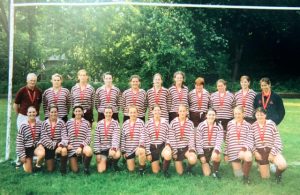