Record numbers Get Into Rugby in 2017 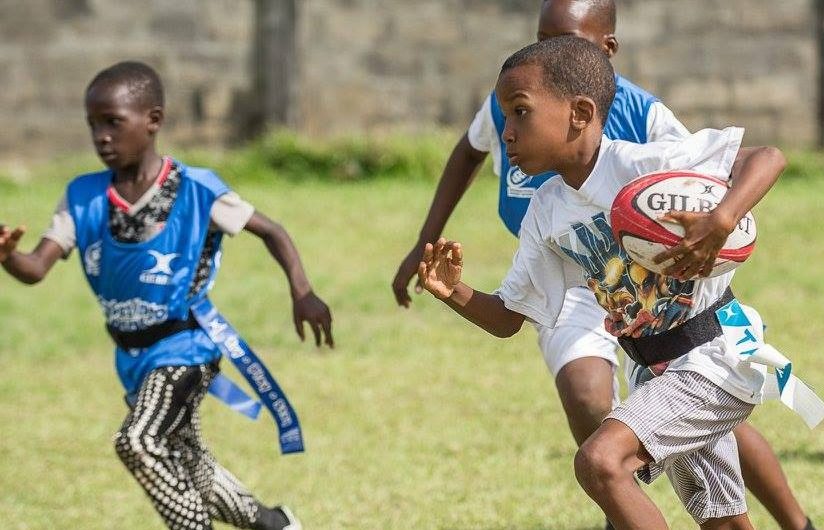 Record numbers Get Into Rugby in 2017

A record number of girls and boys were introduced to rugby in 2017, according to the World Rugby Year in Review 2017 released today, as the sport continues its unprecedented growth with 9.1 million men, women and children playing the sport in World Rugby member unions worldwide.

With rugby now played in more countries around the world than ever before, World Rugby’s development programme Get Into Rugby has been a major catalyst behind the global rise in participation numbers, acting as a gateway for young peopleto try, play and stay in rugby. In 2017, more than two million (2,139,300) girls and boys across 133 active unions took part in the programme, an increase of 7.5 per cent compared to 2016.

Across the Rugby Americas North region, a total of 106,900 girls and boys were introduced to the sport through Get Into Rugby throughout 2017, with Canada ranked among the top 10 unions in participation numbers worldwide with 93,653 taking part.

“The program has really assisted unions with rethinking the growth of the game and making the game accessible to new populations,” said Kwanieze John, Rugby Americas North Get Into Rugby Program Manager.

With a continuing focus on training and education in 2017, Rugby Americas North nearly doubled the number of trained personnel – rising by 81 per cent compared to 2016 – helping to expand Get Into Rugby’s reach across the region. Bermuda and Guyana, in particular, experienced massive growth, with participation increases of 155 and 143 per cent respectively.

Pleasingly, in a Women’s Rugby World Cup year, 39 percent of all Get Into Rugby participants were female – rising to 45 percent in the Rugby Americas North region – as World Rugby continues to prioritise the acceleration of the women’s game through its landmark 2017-25 Women’s Plan. In total 2.4 million women and girls are playing rugby at all levels, accounting for more than a quarter (26 per cent) of players globally and an increase in player numbers of 60 percent since 2013.

Rugby Americas North ensured it was at the forefront of developing the women’s game with dedicated women’s coaching courses and by promoting gender balance in key leadership and technical positions during tournaments hosted in the region, such as the Commonwealth Youth Games 2017 in the Bahamas.

The latest figures further demonstrate the youth appeal of a sport that is increasingly attracting new players and fans due to its character–building and inclusive values. Coupled with record growth of its fan base to 338 million worldwide and a social media following of eight million across all World Rugby social and digital platforms, 2017 has been a ground-breaking year. And with more than US$1 million earmarked for rugby projects in more than 40 National Olympic Committees (NOCs) in this first year of new Olympic Solidarity cycle, almost matching in one year the results over four years of the previous cycle, this growth looks set to continue.

World Rugby Chairman Bill Beaumont said: “2017 was another exceptional year for Rugby Americas North. With excellent participation through the Get Into Rugby and the Rookie Rugby programmes, and engagement on digital media platforms significantly up, it has been quite a year for the region.

“Particularly pleasing is the level of female participation both in Get Into Rugby and overall during a record-breaking Women’s Rugby World Cup year. An impressive 45 percent of Rugby Americas North Get Into Rugby participants were female in 2017, adding considerable momentum to the global growth of the women’s game, which now boasts more than 2.4 million registered female players worldwide.”

Get Into Rugby promotes the character-building values of the game and allows children to experience rugby in a safe and progressive environment. Launched in 2013, a total of 5,948,556 participants have progressed through the programme.