Realizing the Dream: Scott Kirk’s Journey from BVI to Bath 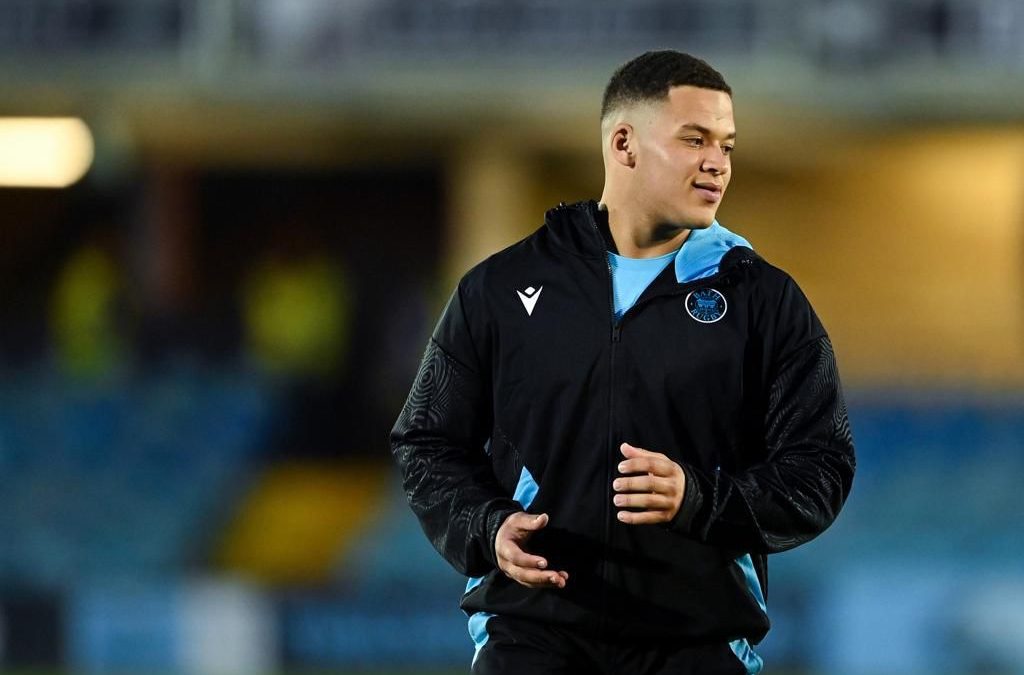 Having recently made his professional debut with Bath Rugby in England, 18-year-old Scott Kirk is one of the youngest players who have fallen under the auspices of Rugby Americas North (RAN) – having spent several his formative years in the Caribbean – to reach this impressive milestone.

Born in 2004 in London to South African parents, Scott first came to the Caribbean at age three when his family moved to Bermuda. It was there he was introduced to rugby by his father, before moving on for a stint in Hong Kong, and then back to the Caribbean to the British Virgin Islands (BVI).

From 2014-2016, Scott was based and schooled in the BVI and he credits his experiences there for reigniting his passion for his beloved rugby; a sport that has already provided Kirk with numerous lifechanging opportunities, including now paving the way for a possible promising professional international rugby career.

Scott was four years old when his father introduced him to rugby, while he and his family were living in Bermuda.

“The earliest memory I have of rugby is in Bermuda,” he says. “I remember my dad took me down to the local Bermuda mini rugby club where there was training for kids. It was just simply passing around, chucking the ball to your dad, and kicking off a cone – things like that – but it got me interested in the game from very early on.”

Kirk also remembers every weekend sitting on the couch watching rugby and says it was the unique camaraderie and community spirit that really attracted him to the sport.

“That bond and the relationships that you build with your teammates is like nothing I have ever seen or experienced before,” he says. “I think that is what separates rugby from other sports, and it is something I still really love about it.”

In 2009, Scott and his family moved from Bermuda to Hong Kong, where Scott continued to play rugby for the successful Sandy Bay Rugby Football Club (now known as the Hong Kong University Sandy Bay Rugby Club), before then moving to the BVI when Scott was ten.

Scott says that when he first moved to the BVI, initially he took a slight step back from rugby. He explains that interestingly it was his subsequent time in the BVI that seemed to reignite his spark and keep his passion for rugby alive.

“I do owe a big thank you to BVI Rugby,” he says. “I went through a stage where I lost some interest in the game, but BVI Rugby brought back that drive for me. If it was not for my BVI training sessions, the various coaches and players, as well as the inter-school touch tournaments, I think I would have possibly fallen out of love with the sport and maybe that desire, and hunger, would have left me. I don’t think I would be where I am today if it wasn’t for my time with BVI Rugby.”

In fact, Kirk says it was the nature of rugby in the BVI that also inspired him to reach for new heights and to move to South Africa to further pursue his career in rugby.

At the age of 12, Scott decided to move from the BVI to South Africa to attend Michaelhouse boarding school and follow his rugby dream.

“I went over to South Africa in 2017 with that rekindled passion and desire to want to make it pro,” he says. “If you had asked me why I left BVI at such a young age, (to my parents) I would have said for education, but for me it was really to continue developing my rugby in a place where it is part of the fabric of society, where I knew it would be the perfect opportunity for me to turn my dream into a reality.”

Despite his excitement, Scott says he initially found the move to South Africa quite challenging – he had to become very independent at a young age and was only able to see his parents three times a year.

“Having said that, these challenges actually made me more resilient and confident, and even more determined to do well,” he says.

And do well, he did. 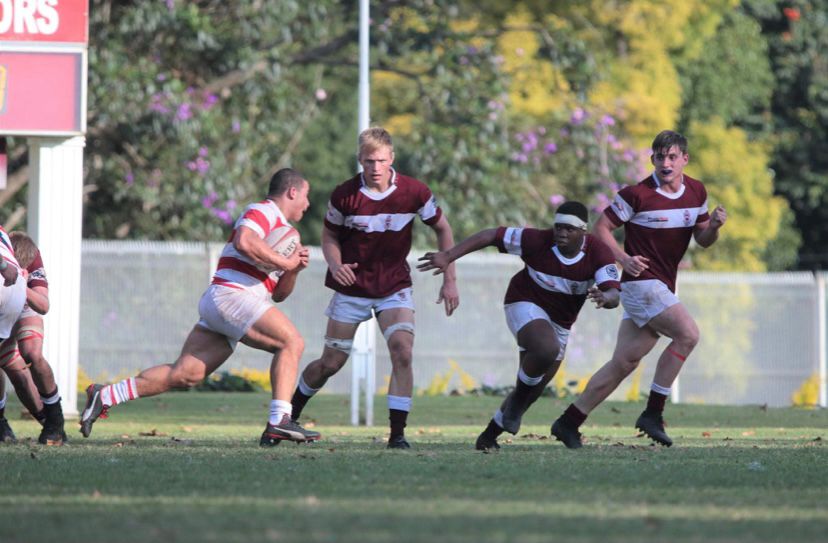 When he arrived in South Africa, Kirk began playing in the Michaelhouse Under 14 B’s but after a couple of games in, he was moved up to the A Team. Over the next few years, Scott says he continued to progress his rugby skills and was guided and mentored by the Director of Rugby at Michaelhouse, James Flemming, who Kirk says was pivotal in the development of his career to date.

In 2021, Scott was then impressively selected for the Springbok Under 17’s Elite Player Development Squad.

“This was a big turning point for me,” he says. “It opened up a lot of doors and allowed me to connect with people not only in South Africa, but also with clubs and rugby networks all over the world,”.

Once he finished school in South Africa, a 17-year-old Scott made the decision to travel to Bath in England to join the Bath Under 18s League. Following the Under 18’s season, he signed a scholarship contract with Bath Rugby, making his professional debut in the Premier Cup for Bath Rugby on October 19 this year against the Bristol Bears.

“Making my pro debut was extremely special to me,” he says. “I did not think that I would get that chance yet, especially being a prop and being so young. It was a very proud moment.”

Having settled in Bath for a year now, Kirk is also studying and playing rugby with the University of Bath and says he loves his new home. 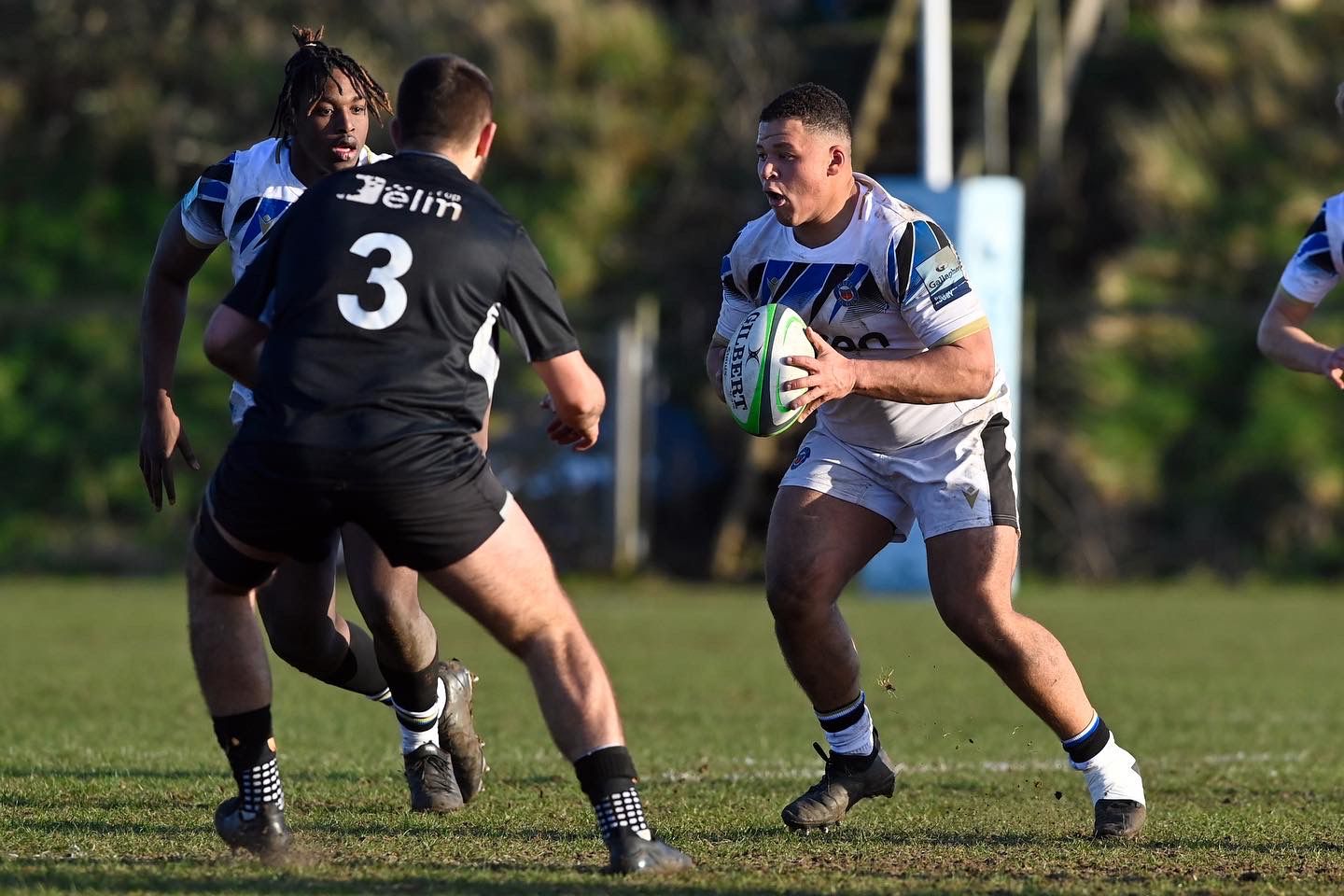 Scott notes that Bath Rugby have been incredible in their support of his rugby development and that he has learnt so much during his time at the club, making a special mention to Craig Lilley, Academy Manager at Bath Rugby.

“I have made friends, I love the club, and I love the culture and the city itself,” he says. “I am extremely grateful for the opportunity, and I am determined to continue to push my career to the next level.”

When asked about his future plans, Scott says he would like the opportunity to be selected for the England Under 20s.

“I really just want to try to develop my game as much as possible, and play as much rugby as I possibly can,” he says. “I would love to play international representative rugby; that is the goal.”

Despite his move across the world and his global ambitions, Scott says he has not forgotten the people in the BVI.

“I have received so much support from the BVI,” he says. “Whenever I go back, the rugby community really embraces me and is always willing to keep me engaged with the sport as much as possible. I am eternally grateful to the people in the BVI, especially the club, the players, and the coaching staff – hopefully one day I can donate an international rugby shirt to the BVI Rugby Club.”

Scott’s father is also the Chairman of the BVI Rugby Club and keeps him updated on upcoming games, tours, and other developments at the Club and in the BVI rugby community.

Kirk says he is also passionate about developing rugby throughout the region, particularly in the BVI, and would love to play a role in getting more youth involved in the sport.

“I would love to get the chance to coach kids in the BVI that are just starting to get into rugby, as well as those who have never played rugby, never experienced it, or never really even watched it,” he says. “I would really love to be able to bring more people into the sport and show them how it changed my life, it can change theirs too.”