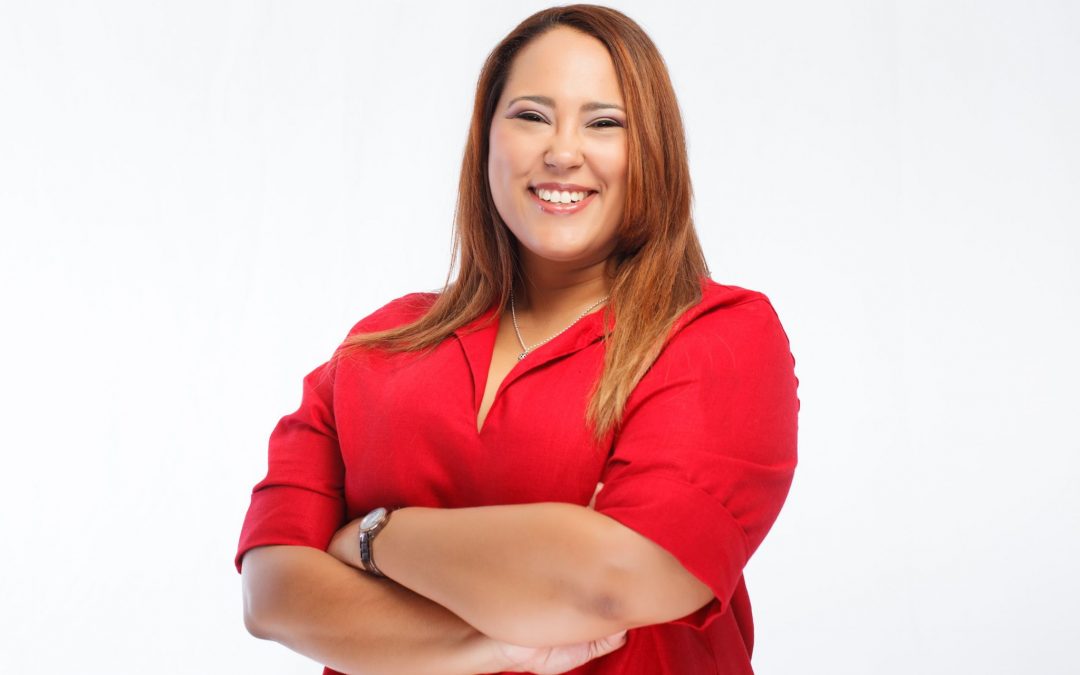 Down tells World Rugby that the Women’s Executive Leadership Scholarship has “blown open the doors” of possibility for both her and her country.

Growing up in Jamaica in the 1980s, Keisha-Ann Down was surrounded by rugby.

At a young age, her Saturdays would be spent watching her father, Mervyn, playing or refereeing, often on the same day.

Mervyn had emigrated to the Caribbean from Devon, and on family holidays to the UK, Down would accompany him to his old club, Okehampton RFC.

Her cousins all played for the club too, but there was no women’s section. “As a woman getting involved, you were doing the teas,” Down admitted to World Rugby. “I know how it sounds, but that was the reality.”

It was not until Down moved to the UK to complete her education, and was studying at Kingston University in south-west London, that an opportunity to put on a pair of boots presented itself.

“This small, tiny girl called Helen basically came up and asked me if I was interested in playing in freshers’ week,” she said.

“I was like, ‘You play?’ Because she was tiny and she was like, ‘Yeah’. So, I got involved that way, and I started with this incredible group of women.

“We were a new rugby team and we did very, very well. We managed to play and beat teams that were from much more experienced colleges.”

The crowning moment of Down’s playing career arrived in 1998, when she was selected to represent Jamaica in the Cayman Islands.

Named on the replacements’ bench, she came on for the final 10 minutes. But, that doesn’t tell the whole story as Down was injured before she even made it onto the pitch, the result of an over-exuberant warm-up.

“I was practising with my dad and he did a dummy tackle, and sprained my ankle,” she said. “I was like, ‘My one shot!’ But, it was a great bunch of girls once again.”

It proved to be Down’s only taste of international rugby, as she hung up her boots following graduation, and embarked on a career in teaching and volunteering.

However, when Down moved back to Jamaica six years ago, rugby began to play a more significant role in her life again — and unsurprisingly her father was involved.

Soon after returning, she was introduced to Jamaica Rugby Football Union (JRFU) chairman Jerry Benzwick while attending a local match alongside Mervyn, and offered to help the governing body.

“Somehow I went from ‘Yeah, sure I’ll help volunteering’ to going to the AGM, where [Benzwick] put me forward as vice chair,” she said.

The pair have worked together ever since, with the shared ambition of growing the popularity of rugby in Jamaica, a country in which cricket and football remain the two dominant sports.

In March, Down was confirmed as one of the World Rugby Women’s Executive Leadership Scholarship recipients for 2020. She believes the programme has “blown open the doors” of what is possible for her and Jamaica.

As a result of the scholarship, Down has completed an eCornell Women in Leadership programme and has enrolled on e-learning courses focused in sports management, coaching and psychology.

In September, Down returned to the UK, where she quarantined for two weeks in London before heading to her uncle’s farm in Devon.

Down, who says it is her responsibility to create opportunities for other women, has been “knocking on the RFU’s door quite a lot” as she attempts to soak up information and knowledge that can be used to benefit Jamaica and the Caribbean.

She has also been working as a presenter for the YouTube channel, The Women’s Rugby Show.

“[The scholarship] is a great opportunity and with great opportunity comes great responsibility. And that’s the big thing, what am I going to do to ensure that what World Rugby has invested in me… they get value for money?” Down said.

“And, you know, a lot of the times the islands feel left out, and so this is a big deal. This is a big deal because it’s saying, ‘Hey, we’re investing in you because we see that the potential for growth is huge’.

“So, it’s [about] finding a way to make sure that that happens.”

Down says she has rediscovered the camaraderie of her playing days within the network of her fellow recipients.

She is hopeful that her work can help grow the game in Jamaica to a point where it is taught in schools and becomes a potential career for its players.

“I want it to be taught the same way football is taught in all schools. I want to see rugby balls being sold in Jamaica,” said Down, whose ambitious goals also include Olympic qualification.

“For us and for me, it would be [great] to have opportunities for the young people in Jamaica to play at a level and get to that point where, you know what? If you want to play rugby as a career, you can.

“So, I guess [the goal over] the next 10, 20 years is to have rugby go professional in Jamaica, to have it be as popular as football and cricket, and to be recognised — and not Jamaica, the Caribbean — to be recognised as, hey, we also play rugby.”