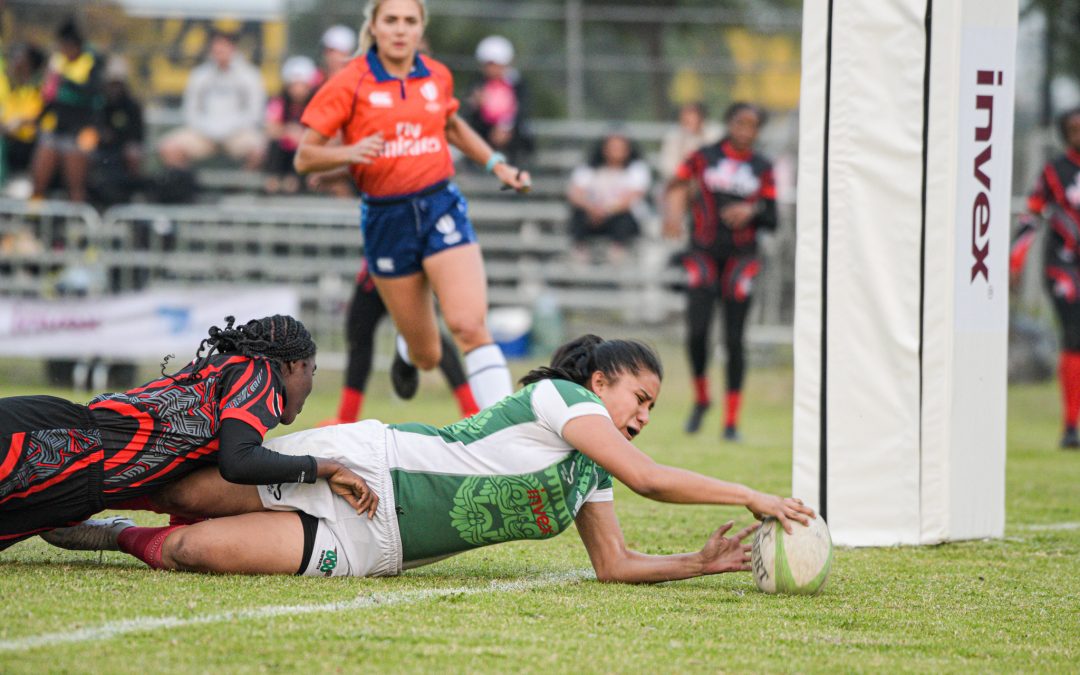 It’s safe to say that this past weekend’s 2022 RAN Super Sevens in Mexico City was a resounding success, setting the stage for some of the region’s best teams to qualify for next year’s World Rugby Sevens Challenger Series, the Pan American Games, and Centro Caribe Games (formerly CASCO Games Sevens).

Taking place at UNAM’s Deportivo Alfredo Harp Helu grounds over November 11-13, the competition was hot, with 28 teams from 12 countries (across Senior Men, Senior Women, and Age-Grade Men’s and Women’s divisions all bringing their ‘A-Game’ for three days of fierce rugby action.

The tournament was a key initiative in the progression of the game regionally and showcases RAN’s continued support of both senior and up-and-coming young players. Here’s what you need to know.

This year’s RAN Super Sevens made regional history, not only as the biggest ever RAN tournament to date, but also for the very first time with the inclusion of Age-Grade brackets, signifying RAN’s firm commitment to the growth of the sport at all levels.

RAN members came out in fine form to compete in the Super Sevens and to give their players the chance to participate in this crucial development opportunity for men, women, boys, and girls.

Countries who completed in each division included:

The Results Are In
The tournament was jam-packed with highlights which are not always reflected on the scoreboard, however the official top three teams for each division were as follows:

Who Qualified?
Another big drawcard of the 2022 RAN Super Sevens was the chance for teams to qualify for the following events:

Impressively, both Jamaica and Mexico qualified for all three events, while Trinidad and Tobago, Bermuda, and the Cayman Islands all qualified to head off to the Centro Caribe Games next year.

“RAN gratefully appreciate the time, effort, and commitment, both personally from team managers, coaches, medics and players, and also financially from their respective Unions, in making the 2022 RAN Super Sevens a resounding success.

The event not only showcased the talent that already exists at the Senior sevens level, but also the future with some inspiring, skillful, and passionate rugby taking place within the Age-Grade brackets. It was tremendous to see so many Age-Grade teams compete in this inaugural event which bears well for the development and growth of rugby around the region.

RAN would particularly like to thank the Federación Mexicana de Rugby Union for their hard work, dedication, and organization of the tournament, and UNAM for allowing the event to take place at the Pumas Rugby grounds. RAN congratulates all of the teams that have qualified for the Panam Games, Challenger Series and Centro Caribe Games and wishes each of them successful and enjoyable competition(s).”

Missed any of the Super Sevens action?
Get all the replays, highlights reels, photos, and results right here on our website.