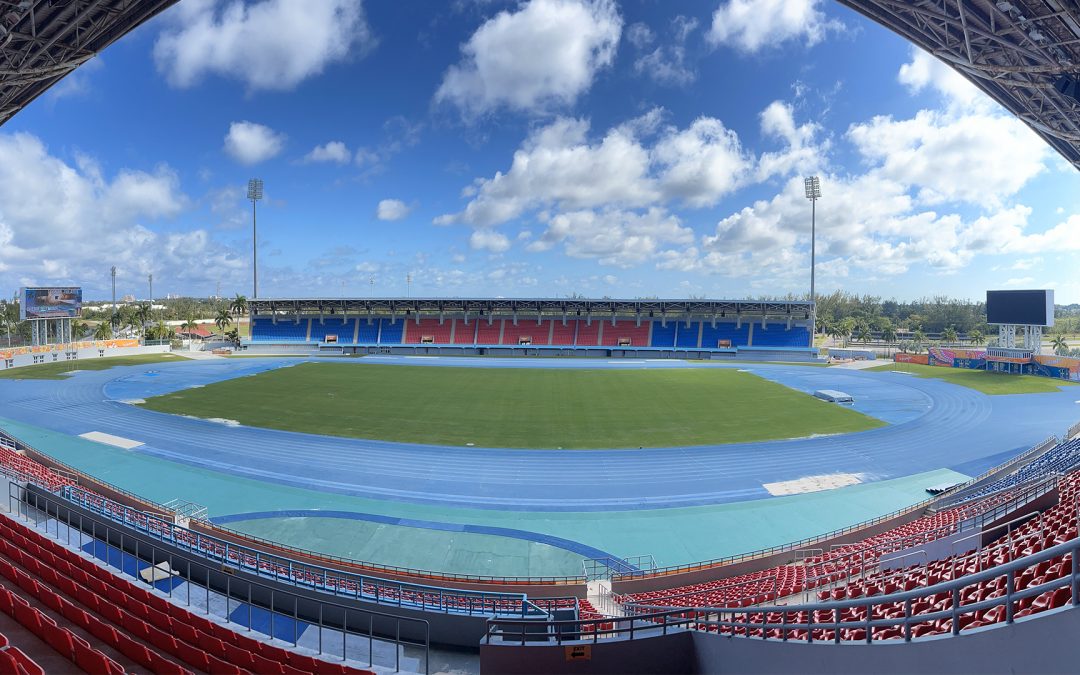 March 12, 2022 – With just 42 days until kick off, Rugby Americas North is delighted to announce the tournament format, competing nations and pools for the upcoming RAN Sevens Qualifiers in Nassau, Bahamas.

Hosted at Thomas A. Robinson National Stadium in conjunction with The Bahamas Rugby Football Union, the two-day event will serve as qualifiers for the Rugby World Cup Sevens 2022 in Cape Town, South Africa in September, along with The Commonwealth Games 2022 in Birmingham, England in July. 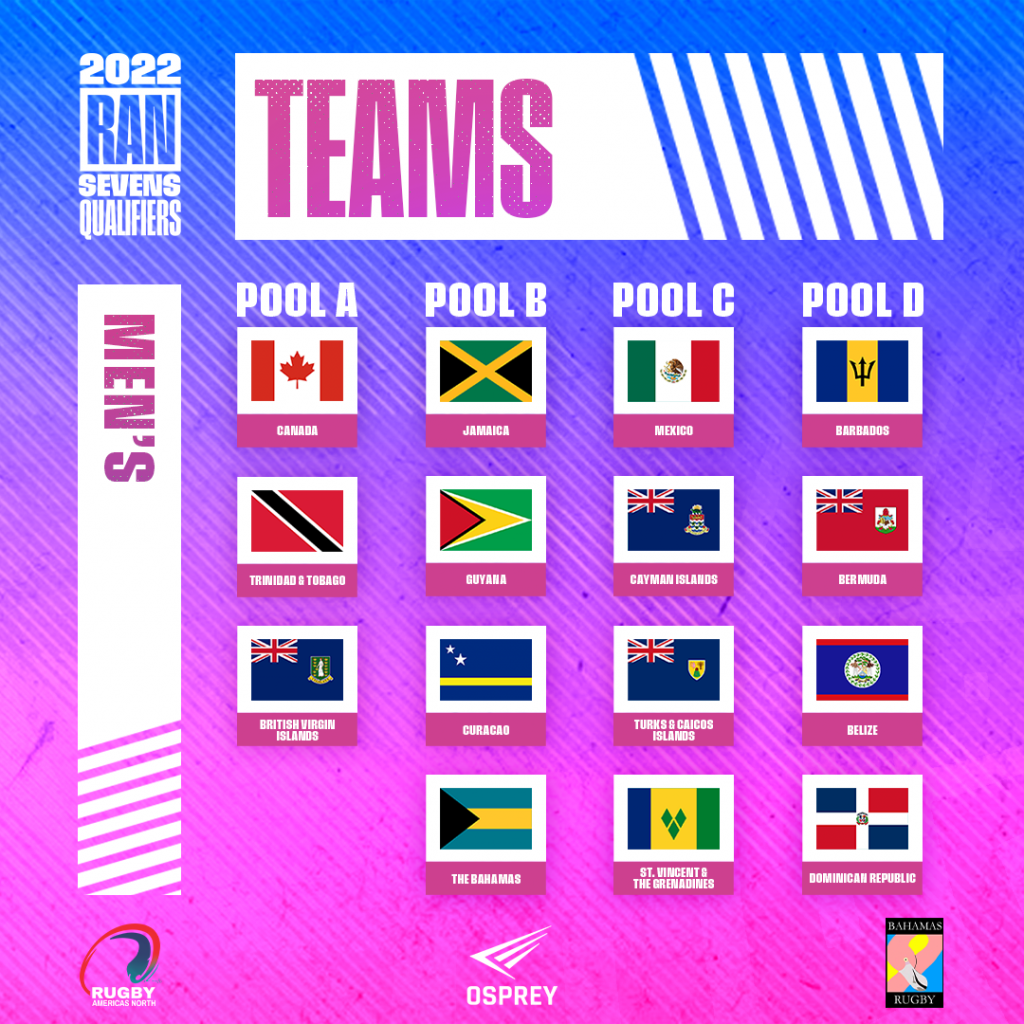 15 men’s nations will compete in a round-robin style format over the two-day event.

Day one will see each team play three matches against their pool opponents (Pool A will only play two games), with the two top sides qualifying for the Cup quarterfinal on day two.

Following day one, the seven remaining teams that did not qualify for the Cup rounds will compete in one of two round-robin competitions – Shield 1 for the 3rd place finishing pool sides and Shield 2 for the three 4th place pool finishing teams.

Pool A sees Canada, who will be fresh off playing in Singapore and Vancouver the two prior weekends on the HSBC World Rugby Sevens Series, alongside Trinidad & Tobago, who finished 6th in 2019 and British Virgin Islands.

Pool B will be hotly contested between last year’s Fireminds RAN Sevens winners Jamaica, Guyana, Curaçao and the hosts, The Bahamas.

Two familiar opponents – Mexico and Cayman Islands – are set to clash in Pool C along with Turks and Caicos Islands and Saint Vincent and the Grenadines, who are returning to international competition for the first time since 2018.

There will be a replay in Pool D of one of the most exciting matches from last October’s Fireminds RAN Sevens, with Bermuda looking for redemption after falling to Barbados 17 – 12 in overtime in the bronze medal match. They’ll be joined by Belize and the Dominican Republic. 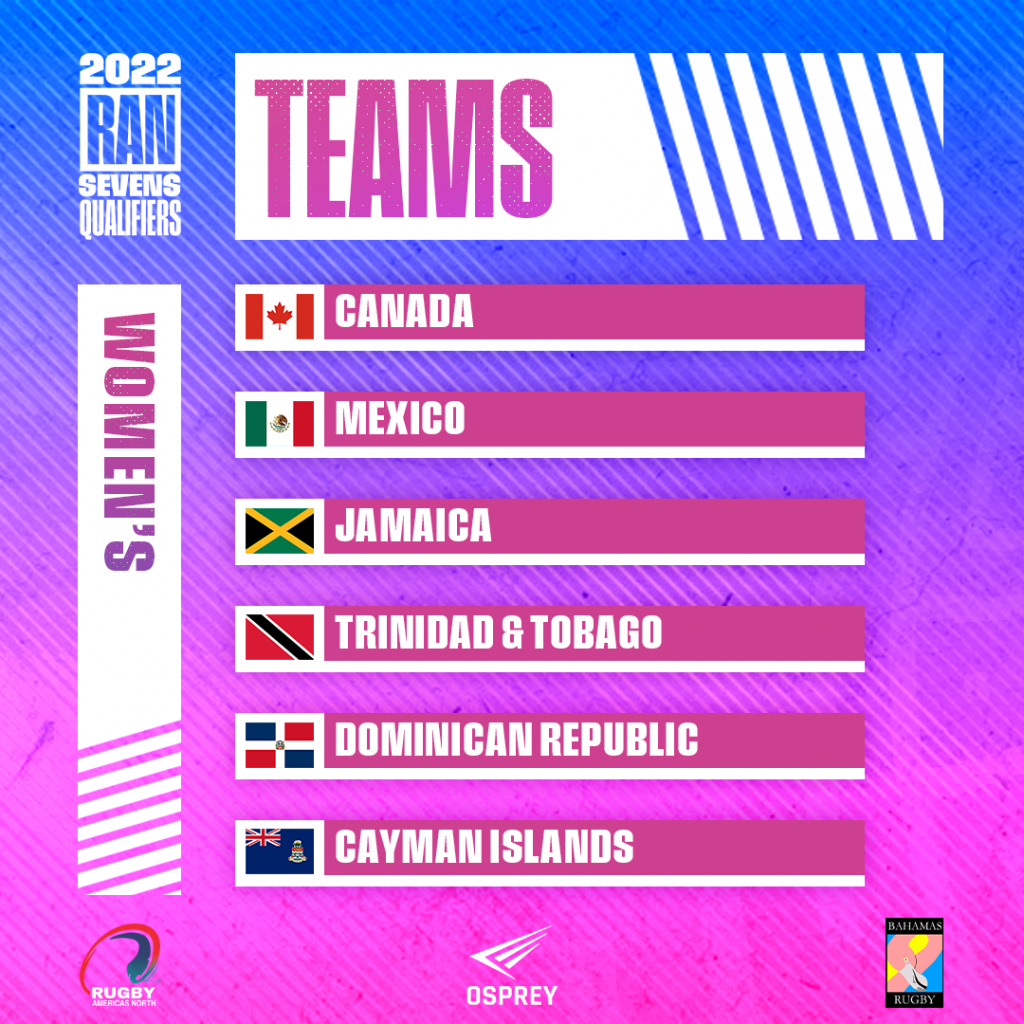 Six women’s nations are set to return to action for the first time since 2019.

Each team will play against the other five nations – three matches on day one, followed by two on day two. Following their fifth match, the teams will be seeded into 1st vs 2nd, 3rd vs 4th and 5th vs 6th, with the top two sides squaring off in the final game of the competition on Sunday to crown a champion.

Regulars on the HSBC World Rugby Sevens Series, Canada enter the tournament as favourites and will be competing in back-to-back events with the HSBC Canada Sevens taking place in Langford, BC the weekend following, alongside Mexico, who have been invited as the 12th team.

2019 runners-up Jamaica and 4th place finishers Trinidad & Tobago will be eager to return to action, along with the Dominican Republic and Cayman Islands.