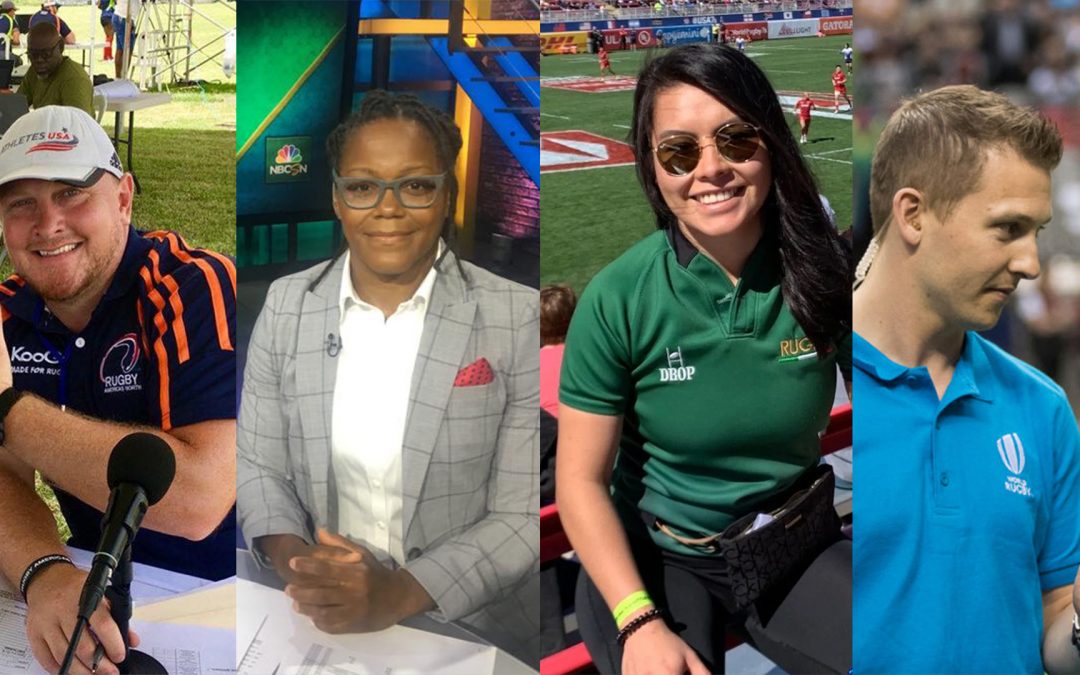 April 12, 2022 – Rugby Americas North is delighted to announce the commentary team for next weekend’s RAN Sevens Qualifiers in Nassau, Bahamas.

They will be joined by former professional rugby player and experienced commentator Gavin McLeavy and RAN’s Communications Manager Bryan Kelly, who has done the commentary for more than 30 test matches and 20 Sevens tournaments.

“Rugby Americas North is thrilled to feature a diverse and talented squad of broadcast commentators for next weekend’s RAN Sevens Qualifiers,” said Kelly on behalf of RAN.

Every minute of every match at Thomas A. Robinson National Stadium is set to be live streamed on www.rugbyamericasnorth.com, and with Vasquez and McLeavy both being bilingual, the feed will include a mixture of English and Spanish over the weekend.

“Having represented the Eagles for well over a decade and been inducted into the World Rugby Hall of Fame in 2017, Phaidra Knight is one of the most respected members of the North American rugby community. After being awarded one of World Rugby Women’s Executive Leadership Scholarships, Fernanda Vasquez took part in a six-month Sports Management program at the [Real] Federación Española de Futbol, which is run by FIFA. Both women are paving the way for others in the game, and we couldn’t be more excited to have them join our broadcast team in Nassau,” added Kelly.

With 15 men’s teams and six women’s teams set to take part in the two-day qualifying tournament for the Rugby World Cup Sevens 2022 in Cape Town, South Africa in September, along with The Commonwealth Games 2022 in Birmingham, England in July, a total of 58 matches are set to be played next weekend.

“Our Fireminds RAN Sevens tournament live stream in October had more than 35,000 viewers over the two days in Turks and Caicos and, since next weekend’s competition is going to be one of the biggest events in our history, we know the audience is going to be significant over the weekend.”

Follow Rugby Americas North on social media for up-to-date photos, videos and tournament updates over the next two weeks.