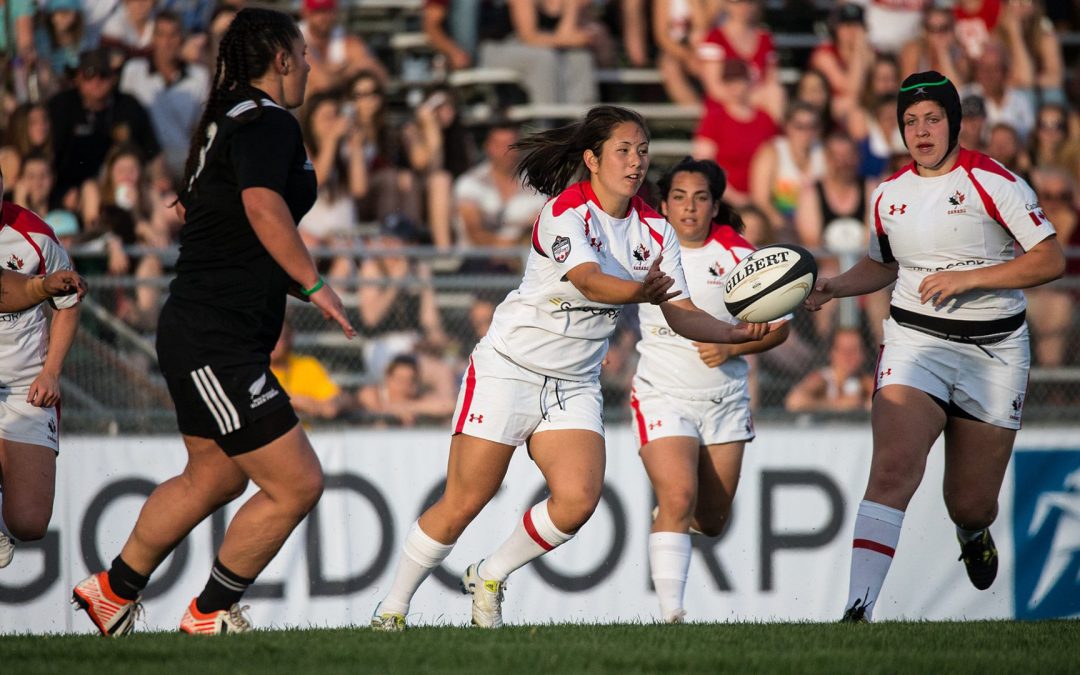 At the age of just 25, Jessica Neilson has an impressive list of accomplishments – on and off the rugby pitch.

The Victoria, BC native picked up a rugby ball at eight years old and has never looked back. She’s represented Castaway Wanderers, Vancouver Island, British Columbia and won a national championship with the University of Victoria Vikes while graduating with a BA Hons in Political Science and a minor in Public Administration.

Playing scrumhalf or flyhalf, Neilson’s stellar knowledge of the game paired with her outstanding skillset caught the attention of then Under-20 Head Coach Sandro Fiorino in 2013. In the same year she was valedictorian of her high school graduating class at Carson Graham Secondary School, she first donned the red and black national team colours in 2013, winning Nations Cup that same year and the Can-Am Trophy in 2014.

Neilson won her first National Team cap in 2015 against the New Zealand Black Ferns in Calgary during the Women’s Rugby Super Series and has won a total of five caps.

And if all that wasn’t enough, Neilson has also given back to the game by sharing her expertise as a coach along the way. Her coaching resume includes Oak Bay High School, UVIC Vikes assistant coach and B.C. Under-16.

In 2020, Neilson took on a new opportunity in becoming Head Coach of York University, which meant a moved from B.C. to Ontario.

To learn more about Jess, please watch the video above.