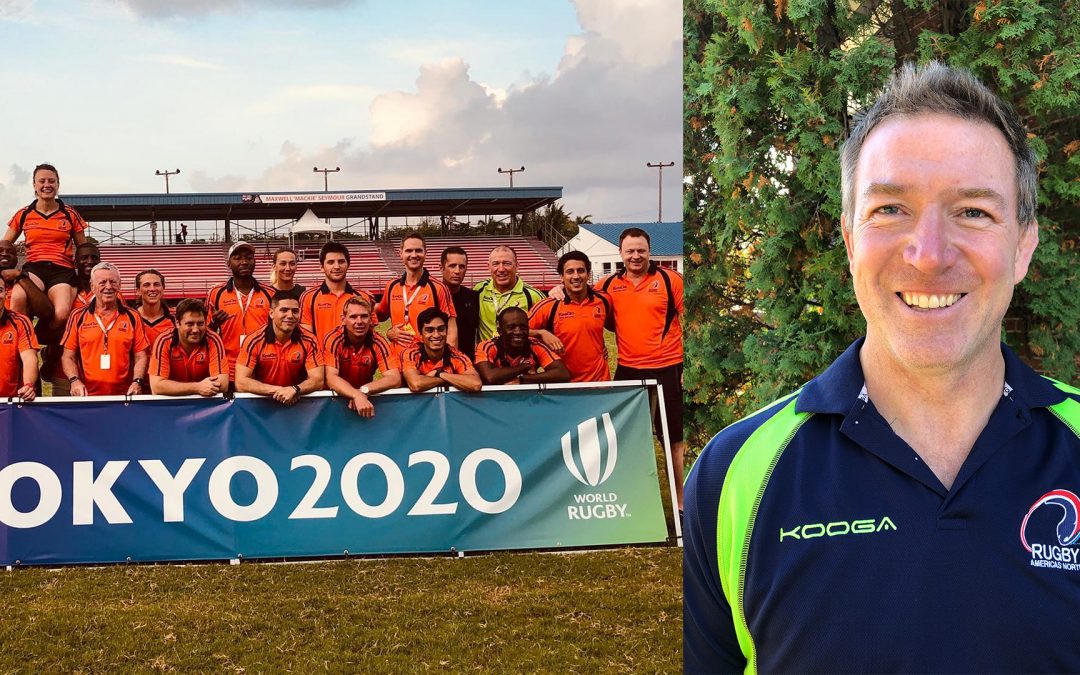 Scott Harland was the Regional Development Manager for Rugby Americas North from 2008 to 2019, when he took on the T&E Manager role. Scott started coaching and refereeing Rugby in 1987, and has done both at national and international levels. He helped start high school girls rugby in Winnipeg and Saskatoon, and has spent much of his coaching career focused on building the sport for women and girls. 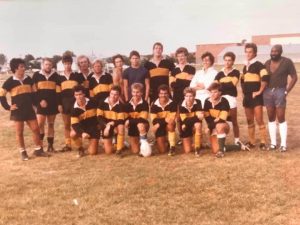 Scott started coaching and refereeing Rugby in 1987, and has done both at national and international levels.

As the Regional Training Manager and a World Rugby accredited Trainer, Scott directs Training and Education personnel and programs across North America and the Caribbean. He still plays rugby whenever he can.

Played mostly loose forward for about 20 years, then played 10, 12 or 13 for a few seasons. I was a bit of a “put him anywhere” player because I was quite quick for my size. That meant I played fullback against Junior Wales one year, then #8 against them two years later. For the past 20 years I have played wherever needed, from fullback to lock to prop. Still hope to get in a game each year, but usually only manage a Sevens tournament or two. 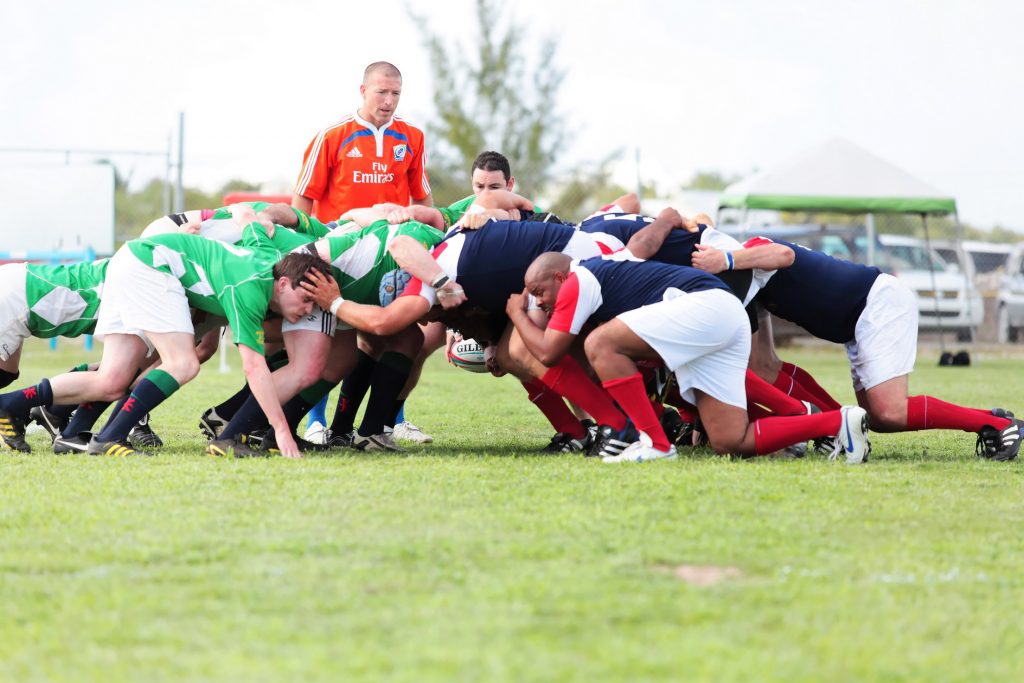 “Rugby offers a lifetime of meaningful roles and rewarding experiences.”

Most of my life has been as a Winnipeg Wasp. I was on the U21 Canada squad in 1987, but didn’t get a cap. Then I played for l’USON in Nevers, France (now a Pro D2 club). I played for the Saskatoon Gophers when I moved there to court my wife (also a rugby player, coach and referee).

Wow, it’s hard to pick only three! I’ll narrow it down by picking XVs players. I like players that impress in unexpected ways; the scrum-half that tackles like a truck, or the big player with the clever kick or pass. One of my favourite players would be Marie-Pierre Pinaud-Reid. She came to the Canadian junior team as a big, strong open-field runner that thought she would be an 8 or 12, and had no idea that she would be playing prop, for the first time, against a strong junior England scrum in three days. She was very rattled by the news but buckled down, worked hard and after the first match she was fired up because of the things the other prop was doing to her. That fire in her eyes and fierce desire to learn more and dominate in the second match told us all that prop was exactly where she should play, and she became, in my opinion, the best loosehead prop in the world, as she showed in the 2010 RWC. Another favourite would be Zinzan Brooke, the multi-talented loose forward from New Zealand, who held the record for international tries scored by a forward, and still holds the record for the number of international drop goals for a forward (3!), one of which was over 40 metres, near the sideline, in a World Cup knockout match against England. Stunning. Claire Richardson was a phenomenal player to watch, a #10 for NZ that made all the players around her better, and hit like she was twice her size. In the 2006 RWC final she made countless tackles against England’s big crashing forwards , but gave as good as she got and was still a wizard with pass and kick, even sending a perfect cross-field kick for a 2nd row to run in a 25m try. I could list so many more players that inspire and energize me, for many different reasons, but alas I was only asked for three. 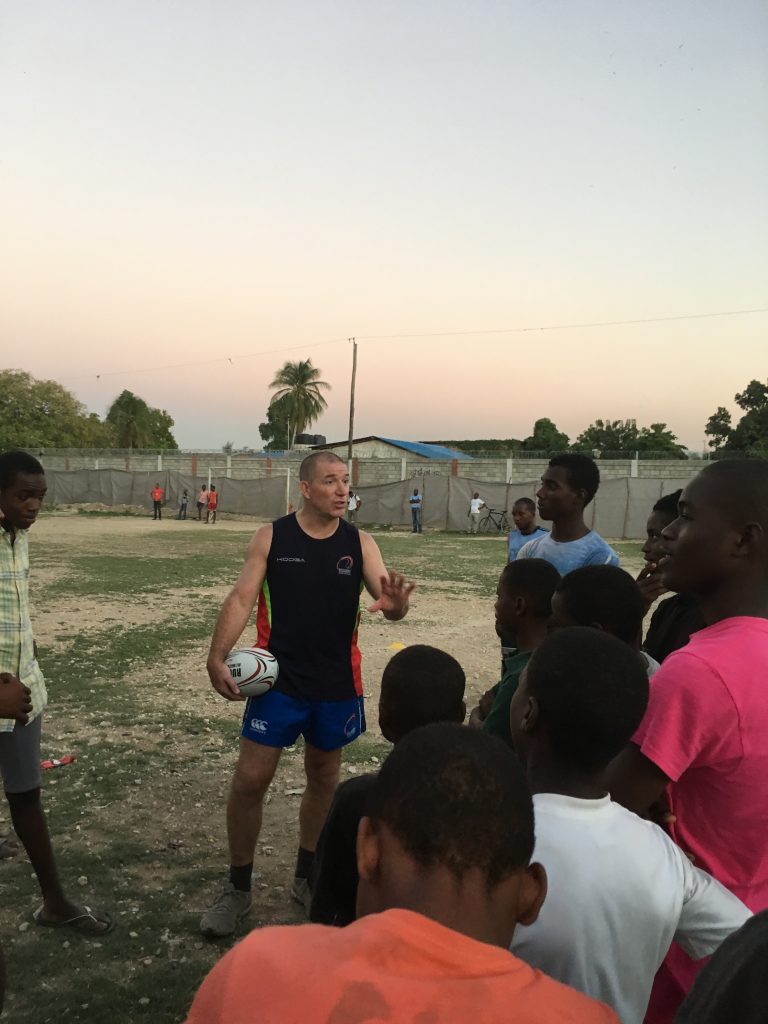 My favourite Value is Solidarity, since it reflects the concept that all rugby people are connected on a global scale-which I think is unique to our game.

New Zealand vs Ireland in Chicago was special for so many reasons. Ireland’s first win over NZ, in front of a sell-out crowd in an amazing venue and atmosphere. The build-up to the match was topped by an amazing on-field display and the most entertaining post-match function I have ever attended. I was very privileged to be part of it (as Match Commissioner) and I cherish so many memories from that great event.

Too many! Perhaps being sideline (Referee Manager) for the finals of the Pan Am Games Rugby 7s in Toronto. The packed stadium rocked as Canada women trounced USA in the final, and Canada men had to claw their way through three desperate matches to win the gold, all in front of a highly energized crowd.

Pick it up! Make sure to look around at the culture of the club and the broader rugby community you are joining, and see where you might fit in at different stages of your life. Coach? Manager? Referee? Board Member or general supporter? The sport offers a lifetime of meaningful roles and rewarding experiences.

Singing songs after the match. I am more of a fan of folk songs or ones that you can sing in front of any crowd, as opposed to the often too-crude versions we often hear. 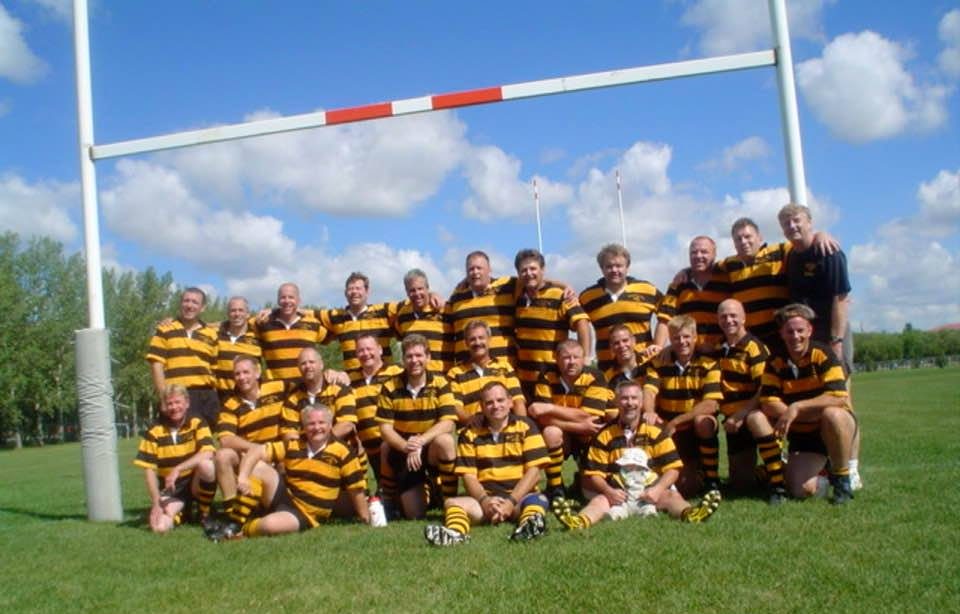 Scott still manages to play whenever he can in Winnipeg, Canada

So many times! My favourite Value is Solidarity, since it reflects the concept that all rugby people are connected on a global scale-which I think is unique to our game. So I’ll share a time that Solidarity was demonstrated in our region. In one of our Caribbean countries, schools from one neighbourhood could not send teams to play against the neighbouring schools, because of a history of violence between the communities. Buses would be stoned, players attacked. But they could visit to play rugby. They could play rugby because the home team made it clear to the rest of their own community that these visiting players were to be protected, and even hosted, because that was core to the spirit of the game. Then the host team would meet the bus on foot and escort it to its parking spot, staring down any that might have wanted to through a rock or start some heat. Rugby was the only sport for these schools that could have home and away games, and soon other sports were “crossing the road” as well. I got to see and referee one of these matches, and the players’ expressions of unity afterwards.

All shapes, sizes, intellects and fitness levels have a place on the field. It is at once the most challenging and accepting sport of any I know.

I was playing an away match for a club in France against the next town, a big rival. It happened to be April Fools’ day, and after a few years of jokes I had pulled on my friends, they got me back by attaching a tutu to my playing shorts and frills on my socks and shoes. The crowd kept calling out not to hurt the ballerina, but I had the last laugh scoring the two tries that were our only points in the match.

Other than my wife? Huh. I’ve had the great privilege to have dinner or drinks with lots of the players, coaches and officials that I admire, but one that I think I would enjoy is legendary referee Clive Norling. He refereed in the much rougher era of rugby, and I think there would be some great stories to hear.

Well, I think it would bring valuable attention to our sport to see an All-Star Sevens series using the Hollywood’s leading men and women. Can’t you just picture Dwayne Johnson tackling Jason Momoa? Pink running over Gal Gadot? So many options. 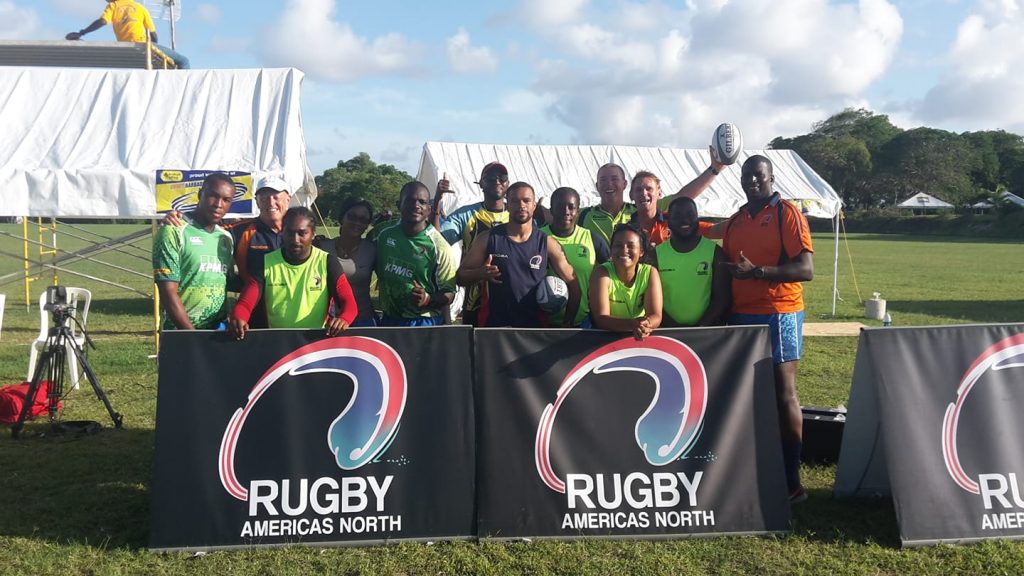