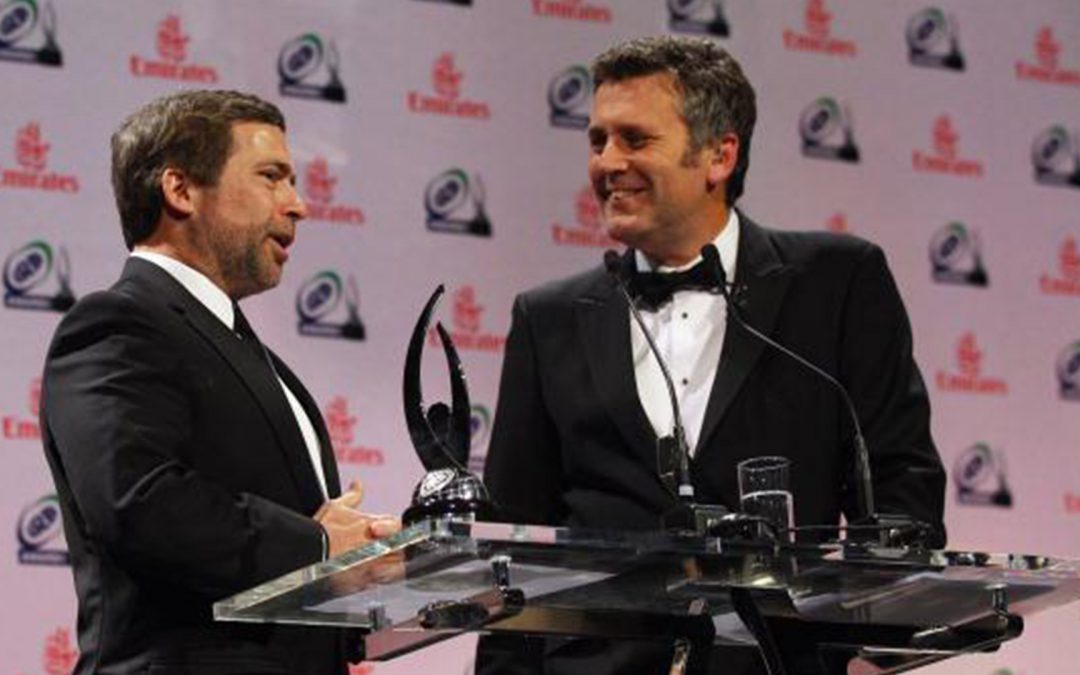 Bob Latham has been involved with Rugby Americas North since 2006 when he became an executive committee member. He was elected president of RAN and served in the role from 2009 to 2013. Latham was also the longest serving board member in USA Rugby history and served as Chairman of USA Rugby in 2006, and again from 2014 to 2016. 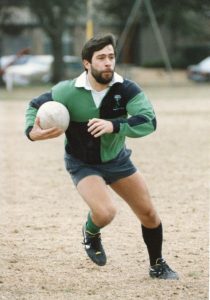 In his 34 years as a trial lawyer Bob has distinguished himself in multiple areas.  He has developed nationally recognized expertise in the areas of media law and intellectual property litigation and chairs both practice areas at Jackson Walker. Bob received his A.B. degree from Stanford University and his J.D. degree from the University of Virginia, where he served as Senior Editor of the Virginia Journal of International Law.

What position did you play and for how many seasons?  Wing, scrum-half, fly-half.  18 seasons.

What five words would you use to describe rugby? Respect, exhilaration, discipline, values, friendship.

What is the best game of rugby you have ever seen in-person? Lions tours are such a special part of our sport, so I will go with the one and only Lions match I have seen: First test vs. All Blacks at Eden Park, 2017.

What is your favourite rugby memory? Being in Rio for the debut of Rugby 7’s in the Olympics.

What advice would you give a young athlete looking to pick up a rugby ball? Do it. And don’t look back. There may be some disappointments and setbacks, but that’s sport. The friendships and shared experiences will endure more so than in any other sport.

What are your hopes for RAN in the next 3 years? More competition across the board. 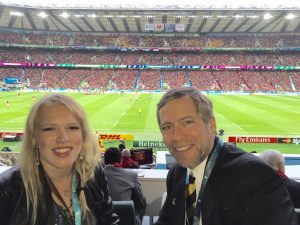 If you could bring one international rugby event to our region, what would it be, where and why? A Rugby World Cup in the USA, with matches shared with our neighbors. It would boost the profile of rugby across the region and provide rugby fans in the region with a chance to see the highest level of rugby.

What is your all-time favourite rugby tradition? Respect for, and social interaction, with your opponents.

Tell me about a time where you witnessed Rugby’s Core Values. Sonny Bill Williams giving away his 2015 RWC medal at Twickenham to a young boy is about as good as it gets.

Why is rugby the greatest sport on the planet? Because it is truly global, and wherever you go you will find rugby people with the same core values. We can never lose that or compromise on that.

Tell me about a time you scored a try, made a try-saving tackle or helped your team win a big game. Isn’t the first time always the best? So, I will go with my first try playing for Stanford.

If you could have dinner with any – alive or deceased – rugby person, who would it be and why? Frank Gard – first USA team captain (and Stanford captain), against the All Blacks in 1913. He was killed in WW1 in 1918. I would thank him for his sacrifices and his legacy. 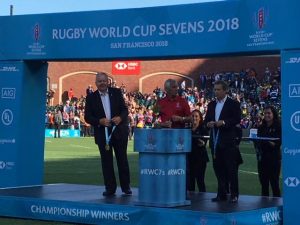 Who is one Hollywood celebrity that you would like to see play rugby? Tom Cruise. Sure, he can hang on to airplanes as they take off, jump off of skyscrapers, and fly helicopters through fjords, but let’s see him play rugby.