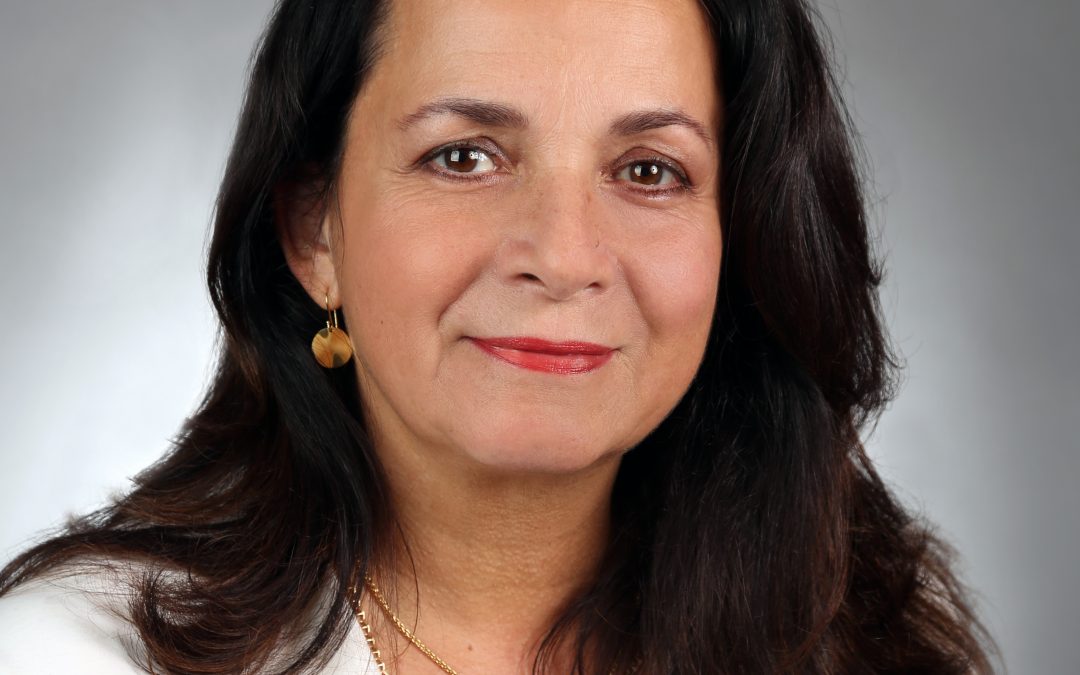 Cristina’s passion for rugby started from her first game, playing at University, in New Brunswick, Canada in 1979. When she moved to Southern Ontario in 1983, there were no women playing rugby, so she joined the St. Catharines Rugby Club Board and became the Fixtures Secretary. 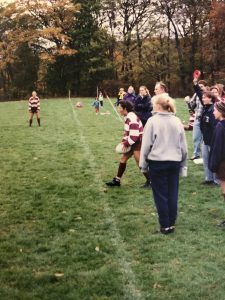 After having her three children, she attended McMaster University for her 2nd degree and started to play again with the University’s rugby club and with the Hamilton Hornets Rugby Club, going on to win the Niagara Rugby Union (NRU) championships three years in a row.

In 1997, the Hamilton Hornets hosted the PARA (Pan-American rugby Association tournament), and Cristina’s languages came in handy when she became the Canadian Liaison for the Uruguay and Argentina Teams.

She then joined the NRU Board of Directors and went on to Chair the Organizing Committee for the Canadian Women’s National Championships for the next three years. Cristina is still involved with Kit Aid and raising money for Women’s rugby in Canada and Mexico. 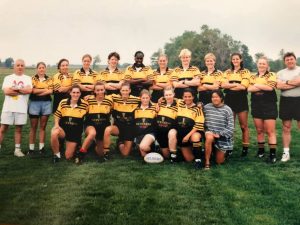 I played wing my first season, and my second season until the hooker got her nose smashed playing in a tournament against Boston Women (they were enormous, and I weighed 92lbs) and they put me at hook, no experience! The next day I couldn’t move, but got hooked (pun intended), and have played prop and flanker when needed, but love 1st contact as a hooker!

Emily Valentine
Jonah Lomu, whom I sat next to at the Rugby World Cup & in Argentina, 2001, and was a gentle giant, a true gentleman
Daniela Rosales, from Mexico’s Serpientes, for her endurance and determination 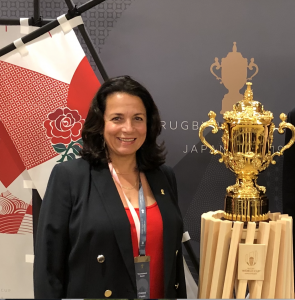 My kids watched my team and I win the Niagara Rugby Union Tournament, aged 44.

To have the highest rugby development from all the regions. We are already the best organized. Oh yes, if we could get a massive sponsorship.

Rugby World Cup in the USA, and would include some games in Mexico and Canada 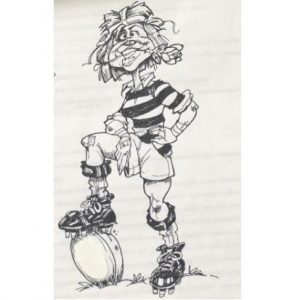 It’s a game of intelligence, discipline aggression and teamwork

Playing old boys rugby, I went to tackle a great big old guy and he was so surprised he tripped, fell over, I picked up the ball and ran the other way and scored.

I already did, Jonah Lomu

Clint Eastwood, he totally would have had the right attitude.