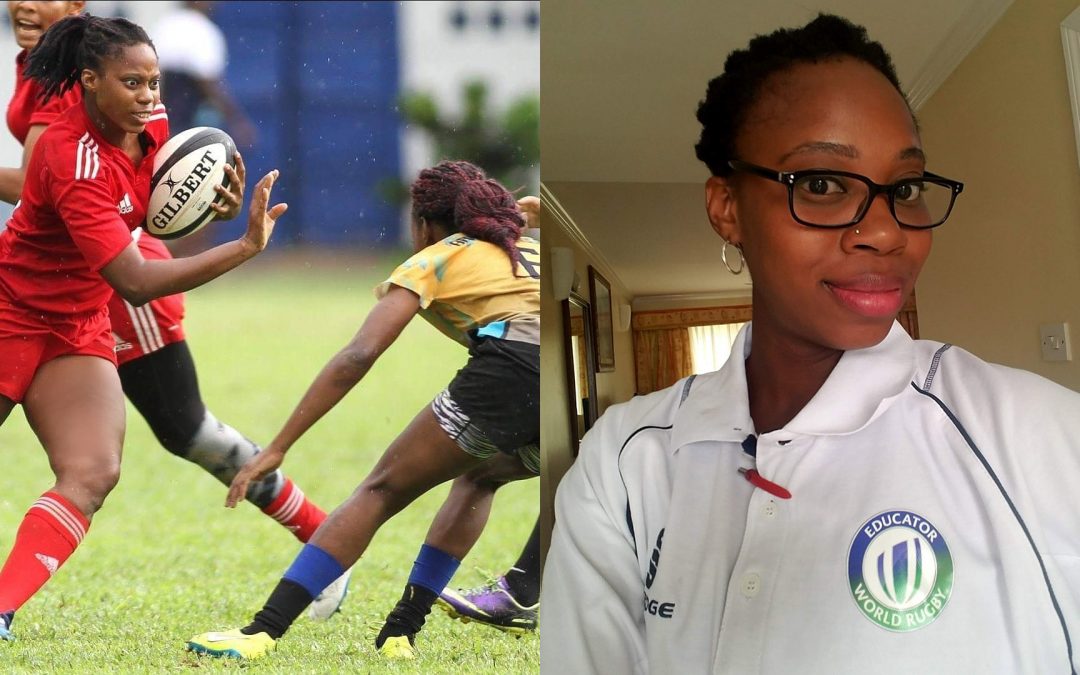 As a passionate club and national Rugby player for Trinidad and Tobago for more than ten years, Obstetrician and Gynaecologist Dr. Dalia Jordan-Brown had never imagined herself as a teacher. So, even when she was invited to Canada to complete a ‘First Aid In Rugby’ course in 2014, she did not realise it was to become a certified educator.

She is a strong advocate for player welfare, particularly as it pertains to women, and was most recently involved in the development of a document providing guidance on post-COVID-19 ‘safe return to play’ for Rugby in the region. 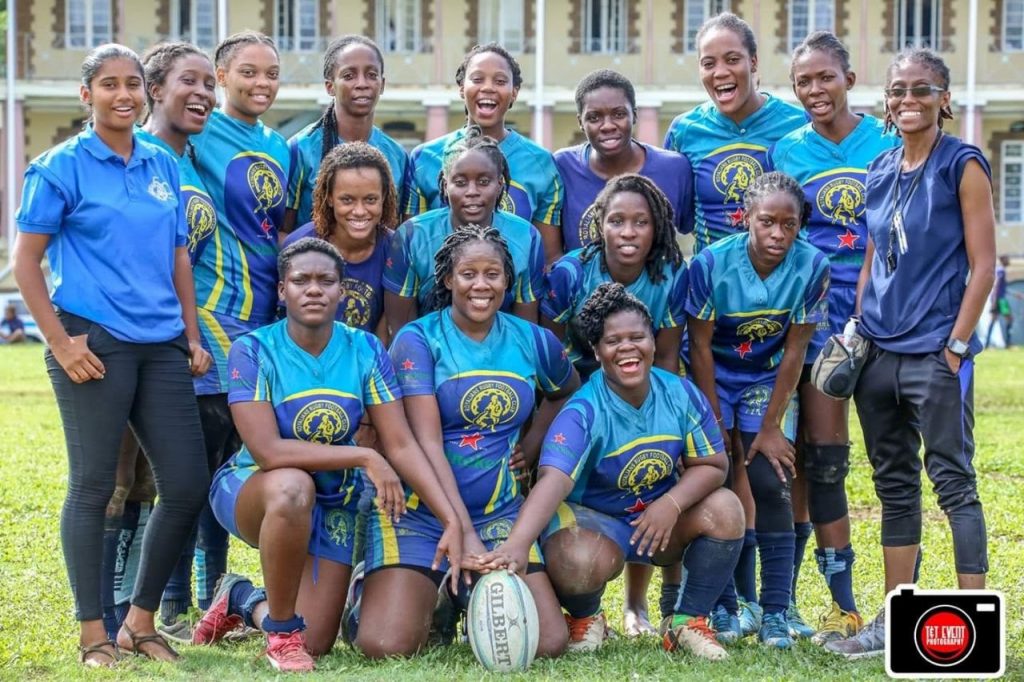 Dr. Dalia Jordan-Brown and her teammates in Trinidad and Tobago

Jordan-Brown started playing Rugby in 2006 for Royalians Rugby Football Club, after her best friend introduced her to the game. “I was taking a year off before going to university and always thought Rugby looked fun,” she says. “I was hooked from the start – it wasn’t just the game, it was the whole culture. The fact that you can fight hard in a match then you and your opponent will go and have a drink afterwards really appealed to me.”

Dalia went to just two training sessions before being told she was ready to play in the 7s Tournament the next weekend. “I was totally clueless. But I remember my team-mates telling me, ‘if you catch the ball and get tackled, just go to the ground and push the ball facing us and we’ll do the rest’,” she says. “And that’s exactly what happened. Everyone was cheering and the exhilaration of that moment just stuck with me. I thought ‘YES’ this sport is for me.”

It was during the same year, the Trinidad and Tobago National Women’s Rugby coach noticed Jordan-Brown at a club training session and invited her to train with the National Women’s team. The following year (2007), Dalia made the National side and continued to play club and national Rugby until 2017, winning various club accolades along the way including ‘Most Improved’ and ‘Player of the Year’.

She was also part of one of the first Women’s teams to play on the Women’s 7s Circuit; with Trinidad and Tobago notably the first team in the entire Caribbean to join.

“It’s the culture – the camaraderie, the Rugby ‘family’ – that has kept me in the game,” she says. “Not only that, but I really believe Rugby helps you to grow as a person. It has taught me balance and discipline, and as someone who is super competitive, Rugby has also taught me how to graciously accept losses.” 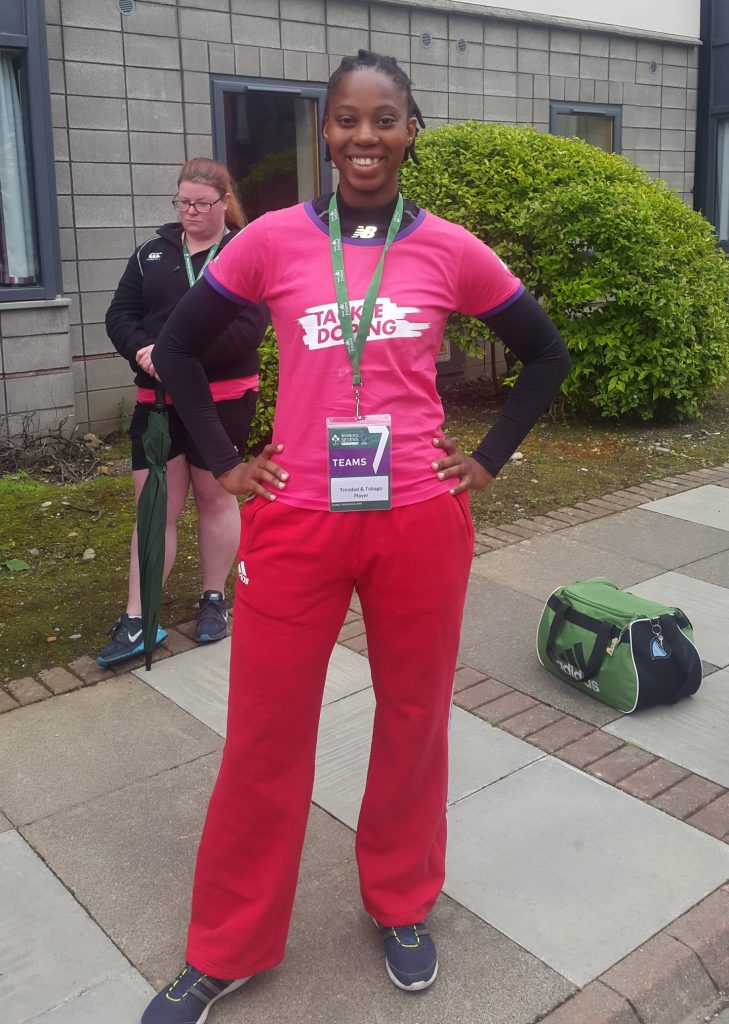 Jordan-Brown has travelled all over the world playing Rugby, something she says she is forever grateful for. “I’ve had so many wonderful experiences that I would never have had if it wasn’t for Rugby, especially travelling and meeting all kinds of different people at international tournaments,” she says.

“Some of my most memorable games were playing against teams in the 2013 Women’s 7s Series in Texas. We got to play against countries like New Zealand, England and the Netherlands which was such a thrill and I made friends for life.”

Dalia has also travelled to Ireland in 2016 for the Women’s 7s Olympic Qualifiers, as well as to Guyana, the Cayman Islands and Barbados for 15s tournaments. In 2014, she was in Vera Cruz, Mexico for the CAC Games and has competed in multiple 7s and 10s tournaments in Barbados, the Bahamas, the Cayman Islands, Colombia, Costa Rica, Mexico and the USA, just to name a few.

However, even with all the travel and exciting experiences, Jordan-Brown says she reached a point in her career where “Rugby wasn’t fun anymore”. Needless to say, Dalia says all it took was a 7s Tournament on home soil in Tobago in 2012 (International 7s) for her to reignite her passion for the sport, showing her how deep her connection to Rugby was. “The ‘muddy 7s’ really brought back the fun to the game for me,” she says. “The camaraderie and the growth as a team during that time was so important in keeping me focused on playing for the right reasons.”

In 2014, Dalia was invited to undertake a First Aid In Rugby (FAIR) course in Canada. “I never saw myself as a teacher, so it didn’t even click that the course was actually to teach,” she says. “I just went along and ended up becoming a Medical Educator for World Rugby!”

Jordan-Brown says it is these kinds of opportunities to use her professional qualifications to better the sport outside of playing that are so important, especially for women.

“After a couple of years, I was then given the chance to complete my Level 2 Immediate Care In Rugby (ICIR) certification in Toronto,” she says. “This qualified me to assist as an official Medic on the sidelines at games. These growth opportunities have been pivotal for me, and I know for other players too.”

While continuing her role as a World Rugby Medical Educator, Dalia also took on the role as the Pitch-side Medic at RAN tournaments, as well as nationally for Trinidad and Tobago. She additionally took the lead and was the medical tent organiser at the 2019 RAN tournament in Barbados.

In the same year, Jordan-Brown was asked to participate in the RAN PWWG – a group designed to assist in making sure player welfare is promoted and prioritised, as well as ensure appropriate player welfare resources are available throughout the region. 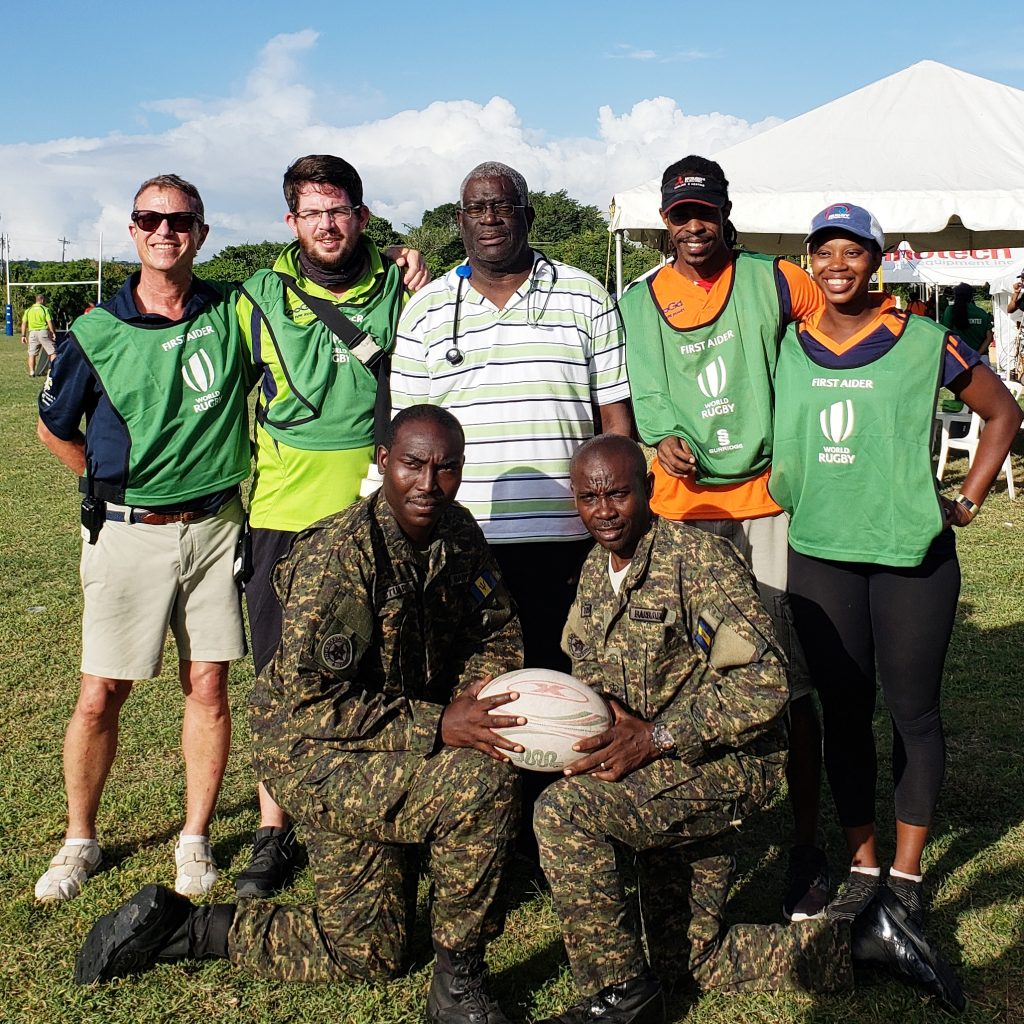 Given the current context of the global pandemic, Dalia says it has not been possible to run her practical medical courses. “We have had to reconsider how we do things during COVID and are looking at alternative to teach,” she says. “The lack of Rugby on the whole has also been a struggle for everyone in the Rugby community. It’s such unknown territory, so the players are just trying to continue to train without playing contact until the all-clear is given in Trinidad and Tobago.”

In the meantime, Jordan-Brown has been tirelessly working with the RAN PWWG on a document to guide countries on ‘safe return to play’ post-COVID focusing on guidelines for anyone putting on or taking part in a RAN tournament – from travel to and from the Host country, travel to and upkeep at the venue, quarantine, sanitizing and social distancing protocols. She has also generously reached out to clubs to offer her support as a resource to help guide them when it’s time to resume play.

She says she would love to see more medical personnel associated with Rugby, especially in Trinidad and Tobago. “Currently, I’m the only national Level 2 ICIR accredited Medical Staff member,” she says. “I think it’s essential we have a wider ICIR resource pool, as well as those accredited with the FAIR course qualification, in order to ensure player welfare. That is what I am advocating for moving forward so we can continue to raise the standard of Rugby from all angles.” 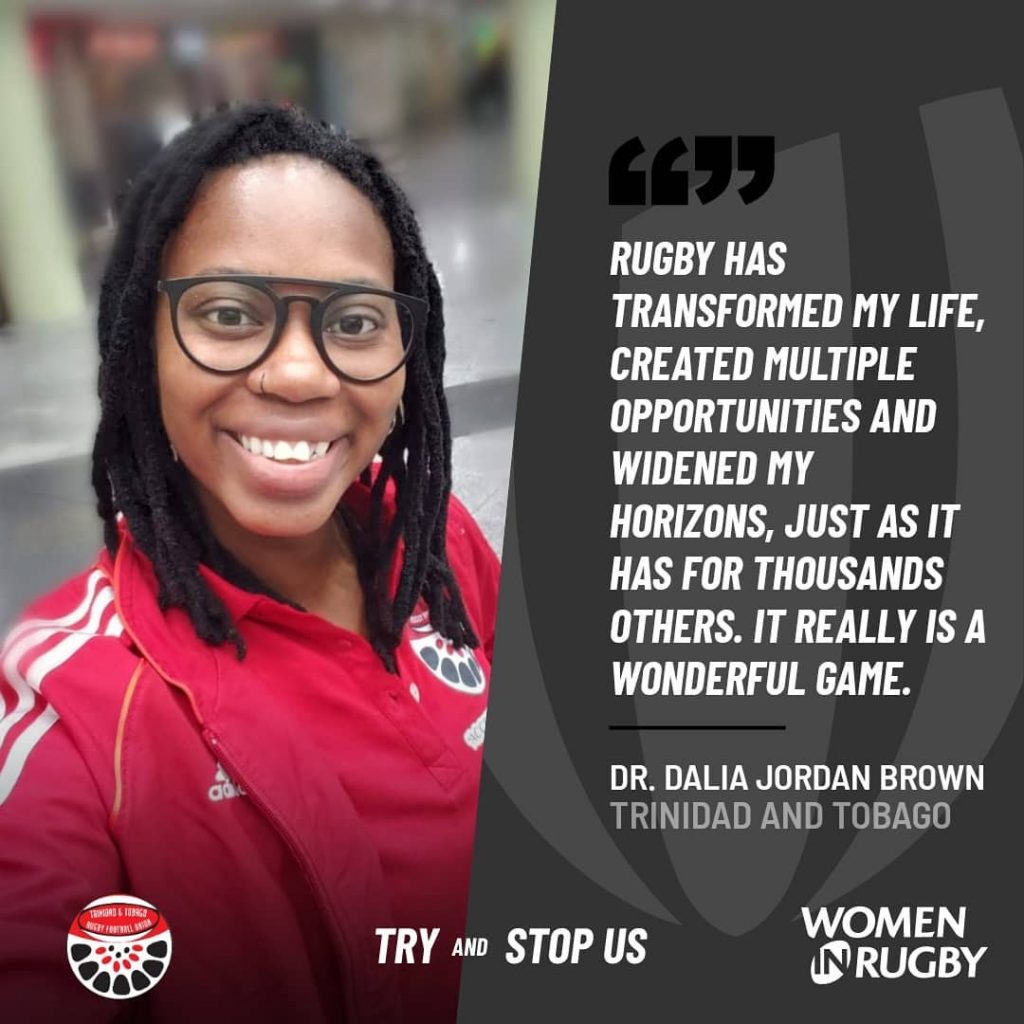