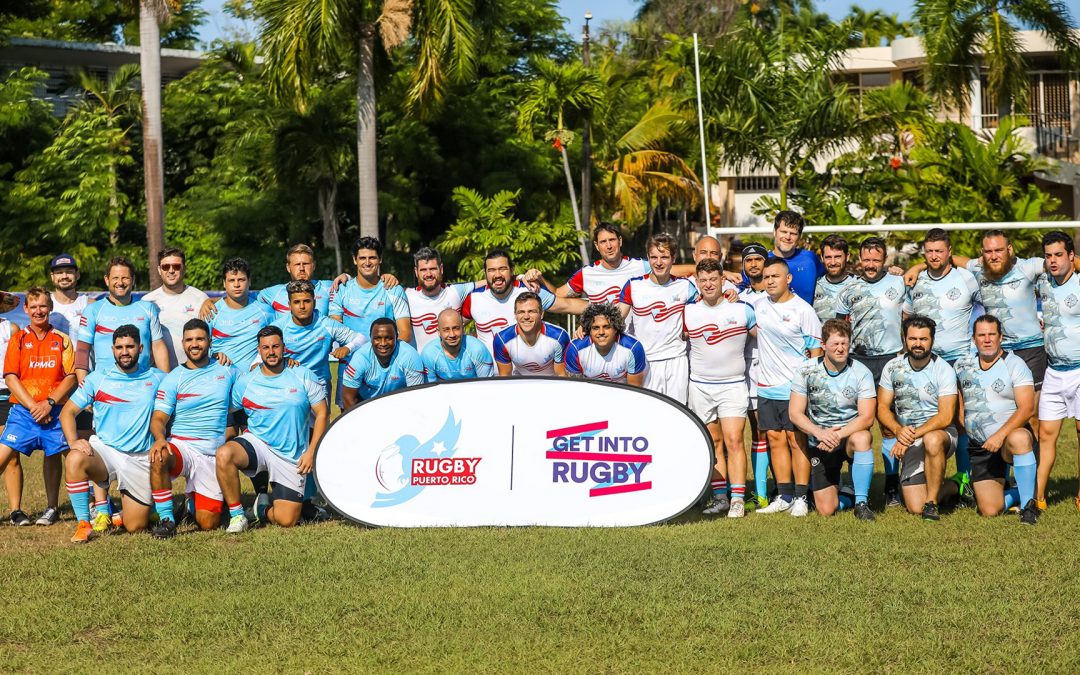 Development of rugby in the region is being taken to a whole new level with Rugby Puerto Rico shifting into overdrive in a bid to build on the momentum gained in the past couple of years.

Having held the second edition of the Founders’ Cup 7s Festival last October, Rugby PR is heading into 2022 with a packed agenda:  hosting two US college teams during their spring training in March, continuing the development of local coaches, increasing the schedule of school clinics, and even get a couple of certified referees.  The first two local clubs will also be formally organized with the goal of adding two more in 2023.

One of the key figures leading this charge is Jorge Soltero, Director of Rugby Puerto Rico.  Soltero, who grew up in Puerto Rico, moved back to the island with his family in 2016 after 10 years in London where he coached youth rugby at Hammersmith and Fulham RFC and got World Rugby Level 2 qualified.  Part of his plan when moving back was to establish rugby in the island, having seen the very positive effect the sport had in youth players in the UK and believing that the sports culture was a good fit for local athletes and sports enthusiasts.

What began as a handful of players (some of whom had never even seen a rugby ball), steadily grew into hosting summer camps, school clinics, and coaching courses in a big push to recruit players and nurture talent.

The Union has partnered locally with Fraigcomar Football Club and has secured corporate sponsorships, piquing the interest of USA Rugby as well as bringing a few visits from the team at Rugby Americas North (RAN) to assist with the development of the game. 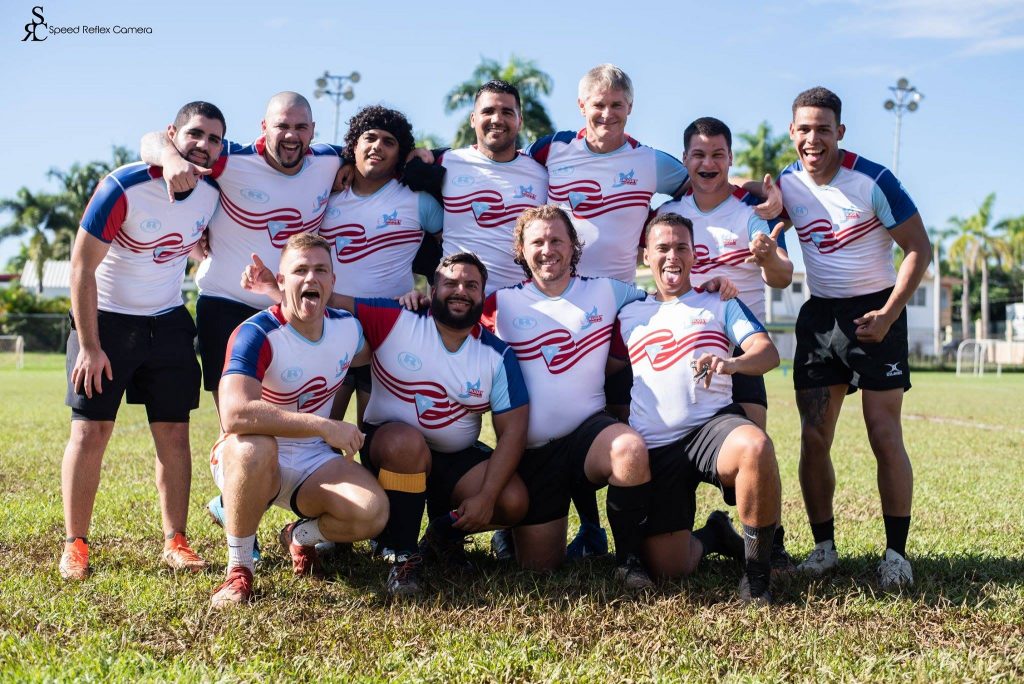 In 2016 when Jorge and his wife Tori Soltero returned home to Puerto Rico from a 10-year stint in London, one of the things they were eager to do was to ‘get rugby going’.

“We had been very active in our Club in London and, appreciating what a positive impact the game had for our own kids and the community during in our time in London,  we thought it was the right moment to try to get rugby going in Puerto Rico” said Tori, who recently completed Level 1 coaching certification.  Speaking to friends and acquaintances, they became aware of the need for wholistic wellness in the island at all levels – schools, communities, individuals.  They thought Rugby could be positioned as one of the keys to the Island’s ongoing growth and evolution.

Starting around 2017, Soltero and a couple of others with rugby playing experience gathered just a handful of curious players with a couple of rugby balls and began posting on social media to start some momentum and awareness of the sport in the community. Eventually, they built up a small roster of players and travelled to Saint Thomas in the US Virgin Islands to and got a taste of competitive rugby in the Caribbean.

“It was a lot of fun,” he says. “It motivated us to continue and to broaden our efforts into recruiting and seriously developing our skills in all areas of the sport.” 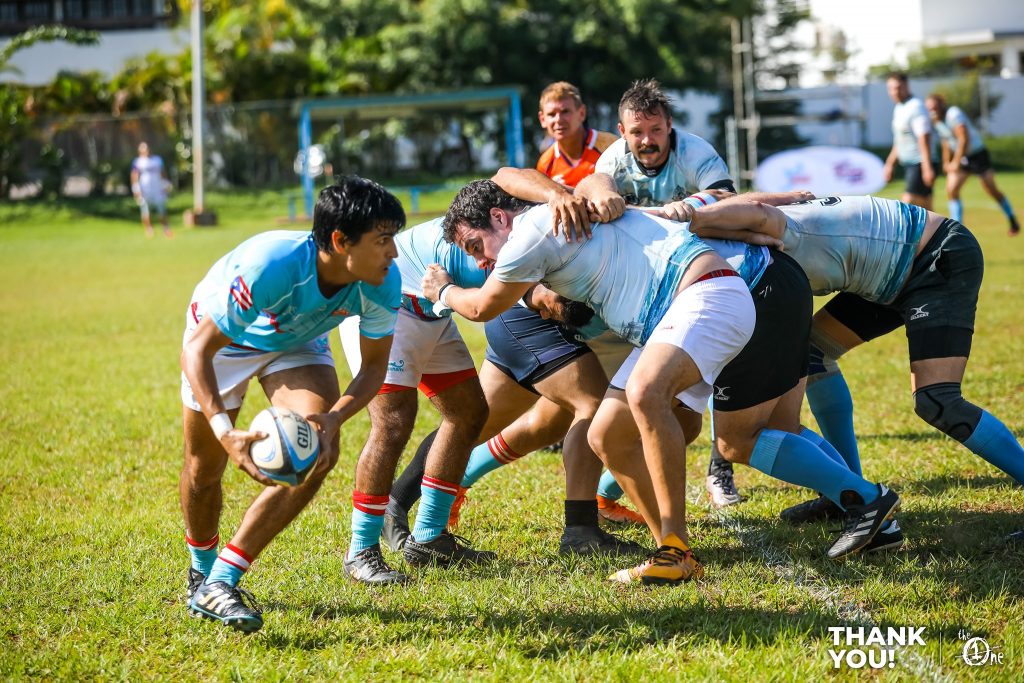 From 2017 onwards, they have continued on a steady trajectory not only introducing rugby across Puerto Rico but bringing the playing standard to such a level that the Union can begin to compete on the international stage.  They have been fortunate to have connected with a handful rugby playing expats who are also very keen to develop and grow the game locally which has help build a sustainable rugby culture, among them Nicolás Inciarte from Uruguay, who as Head Coach has raised the bar in terms of training intensity, and Benjamin Harries from Wales, whose passion for the game and for Puerto Rico has translated into a growing corporate sponsorship programme.

“We have hosted summer camps for kids aged 8 to 15 years and developed a partnership with Fraigcomar Football Club to help us to get access to some of the youth in Puerto Rico,” he says. “We have also hosted eight rugby clinics at different schools which has put us in front over 100 students between the ages of 10 and 18 years.”   At one school, the Rugby Puerto Rico coaches had an eye-opening moment when three special needs students, with the guidance of one of their teachers, joined in on the intro to rugby exercises.  The excitement in the kids’ eyes after successfully completing the exercises, plus the heartfelt dedication of the teacher really impressed upon the Rugby PR coaches that they were on the right track.

A visit from USA Rugby and several visits from RAN have also greatly assisted with boosting some of the developmental initiatives for rugby in the country.  They now have around 10 level 1 qualified coaches in the greater metro area. This, paired with an insatiable local recruitment drive, is keeping the growth of the sport very much alive in Puerto Rico. 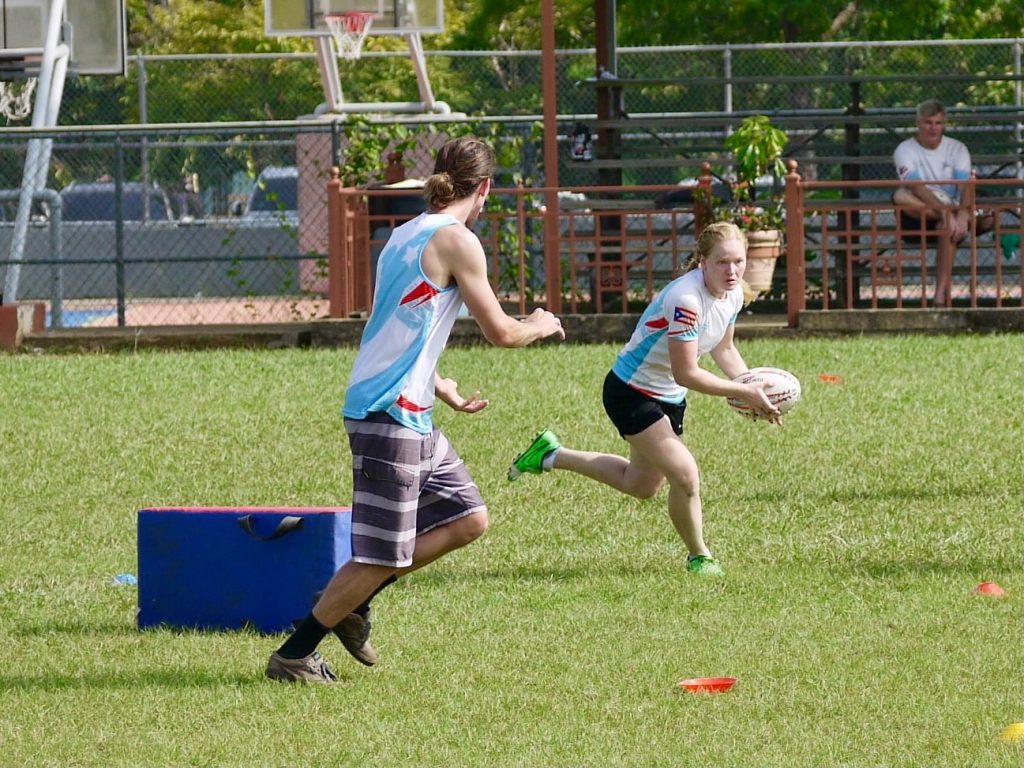 “It’s a very exciting time for rugby in Puerto Rico,” says Soltero. “As we grow, we have been able to connect with the Puerto Rico Board of Education and we are in the process of putting a program together to get rugby to as many as six public schools here beginning next year.”

More recently, RAN representative Erin Kennedy visited in October 2021, in what confirms that PR is on the radar:  it is the third time RAN has stepped in to assist in building the sport from the grassroots level in Puerto Rico.

“Erin conducted a Level 1 Coaching Certification Course for eight of our players which will really assist in our development efforts,” says Jorge. “She also helped us to host a ‘Get Into Rugby’ session for students aged 11 to 14 years at a local school. We expected 25 students and ended up with over 75 – the kids loved it and we had great feedback from the teachers, so these are all really positive signs for the growth of rugby in Puerto Rico.”

The island’s diversity profile has made the local league a haven for players from all backgrounds – socio economic levels, LGBTQ+, and nationalities.  The current roster is a very diverse group indeed.  Plus, they benefit from the occasional “rugby tourists”:  rugby players of different backgrounds who come to Puerto Rico on vacation and end up joining a training session during their holiday.  The fact that there’s a shared culture and sense of community, all based on this game, is a really positive momentum builder for the local players.

Another developmental opportunity was the second edition of their ‘Founder’s Fest’, a new 7s invitational, international tournament, where two local sides faced off against an international side made up of US and Caribbean players in front of a crowd of local family and friends, many of whom had never seen rugby played before.

The momentum gained from the inaugural Founders’ Cup in 2019 was almost all lost due to the pandemic lockdowns.  This second edition served to get things going again.  “That was very meaningful growth on our side,” says Soltero. “Having the chance to play competitive rugby against an experienced side was really valuable and being able to expose people in Puerto Rico to the game was priceless; everyone is very keen to keep it going and to get ready for next year’s Cup.” 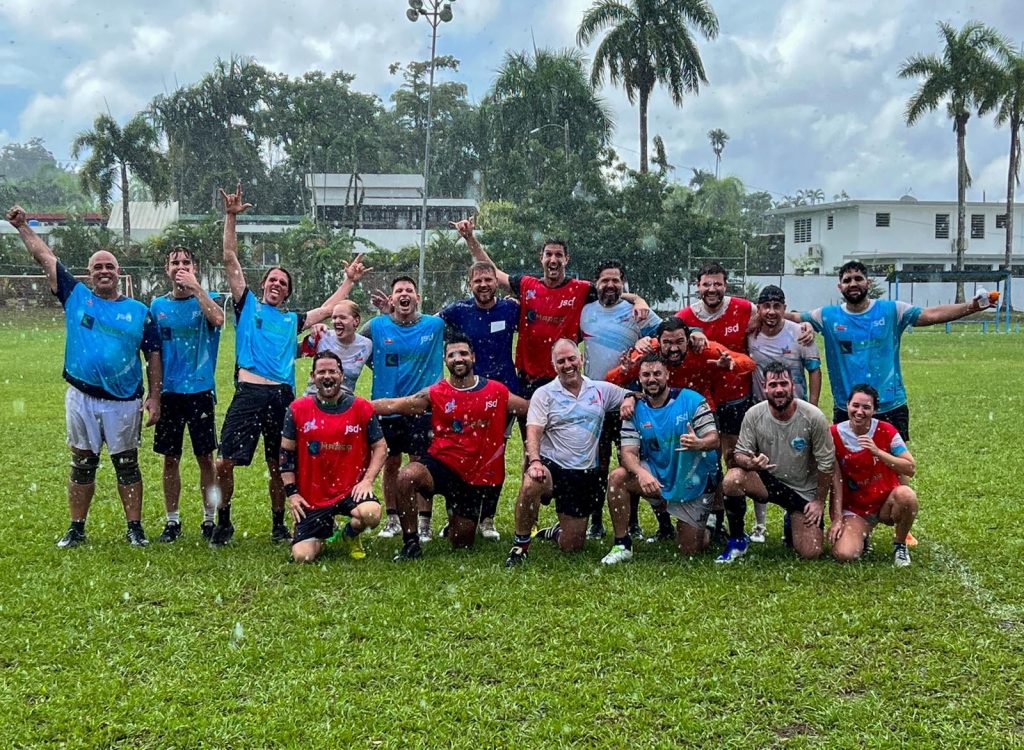 Momentum for rugby in Puerto Rico is clearly strong, with more and more interest from women players and an increasing number of schools eager to get their students involved with the sport.

Bigger picture, we hope to build a women’s side, with the hope to compete as early as next summer, as well as have our national teams compete in upcoming RAN events and have a stronger presence in Caribbean Rugby.”