On and Off the Field, Rugby Americas North Superweek a Development Milestone for the Region 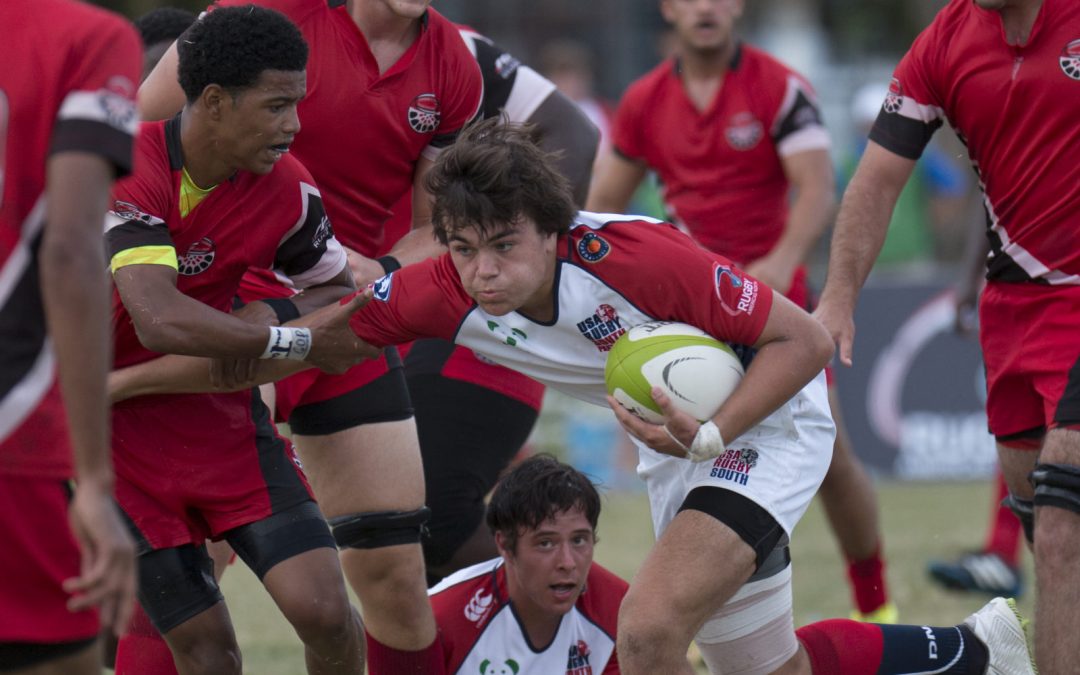 MIAMI – Eight days of rugby and rugby development came to an end Saturday in Miami, Florida. The Rugby Americas North (RAN) Superweek saw 13 teams vie for titles in three separate competitions and provided a chance for 50 rugby administrators to hone their craft. Started in 2003, the annual tournament has become an important chance for regional collaboration and a key competition for regional Men’s U19 teams. This year also served as a vital opportunity for women’s rugby growth in the region with the addition of a Women’s 10s division.

In the division’s inaugural year, four women’s 10s teams played eight games over two days. It was the first non-sevens regional tournament for women in recent years, and is part of RAN’s strategy to encourage unions to establish 10s and fifteens domestic programs. Jamaica, Bahamas, and Trinidad and Tobago competed well, but USA Rugby South went undefeated and won the title, beating Trinidad and Tobago 31-22 in a back and forth final affair.

“Adding the women’s division was a great step forward for the women’s game in our region,” said Scott Harland, RAN Regional Development Manager. “The level of competition improved over the course of two days, and that’s the best outcome we can hope for as these teams will take the excitement and experience and build upon that at home.”

After several years absence, Guyana, Bahamas and Jamaica returned to the Men’s U19 competition. The teams competed in the Trophy division, the tournament’s second tier. Bahamas, who has had the longest absence and some of the youngest players in the tournament, made it to the final with an exciting two-point victory over Guyana. The final didn’t go in their favor however, as Jamaica shut Bahamas out 50-0 to win the Trophy competition and earn a chance to move up to the Cup competition in 2017. Guyana and Jamaica brought first-time national team coaches to Florida but competed well and can be proud of the performances from their inexperienced teams. The future looks bright for these countries.

In the Cup competition, Turks and Caicos proved that they deserved to stay after moving from the Trophy competition in 2015. They ran well with traditionally strong teams like Bermuda and Cayman Islands but still have work to do to improve upon their 6th place finish.

Bermuda claimed the 5th place spot with the 20-7 win over Turks & Caicos. Bermuda’s squad showed good depth—a result of the country’s Beyond Rugby program and the long-running Sunday youth rugby program. Both have generated a combination of talent and experience, and they may soon climb back to the top of the tournament standings.

Cayman Islands dominated Turks & Caicos in their first Pool A match, scoring 45 points to Turks and Caicos’ 12. They struggled against Mexico and Trinidad and Tobago however, and lost 60-6 in the third place match. Cayman Islands have shown the value of strong technical development, with top-level coaches and specialists for skills, and strength and conditioning, and will look to top their pool in upcoming years.

Trinidad and Tobago may have been the most exciting team to watch in the tournament. They finished strong, beating Cayman Islands 60-6 to walk away with a 3rd place title.

“I believe Trinidad and Tobago were one of the most complete teams on display this week,” said commentator Gavin McLeavy.” The forwards worked well together and had the strength and size to cause every competitor a headache. The halfbacks were quick and fluid and made exceptional decisions. Additionally, not once do I recall a negative reaction to a referee’s call. They had absolute discipline.”

Trinidad and Tobago flyhalf Leon Pantor finished several long runs to top the list of tournament try scorers and earn him the 2016 MVP Award. The entire team’s raw talent shone throughout the week, and while decisions and handling skills sometimes interrupted flow, the team made up for it with speed, strength and aggression.

Saturday’s Men’s U19 final was a rematch of last year’s clash, with hosts USA Rugby South taking on Mexico. Mexico hit the ground running in the first half, but in the second half USA Rugby South found the cohesion they’d been searching for all tournament and overpowered the Mexican side.

“Mexico and Trinidad were both really good teams,” said Mark Williams, Head Coach of USA Rugby South.  “We focused on defense and rucks, and in the end we were fortunate to win the Cup.”

After six years of working to once again hold the Cup, Williams can be proud of the effort of his USA Rugby South squad. Mexico won’t go home empty handed however, as they now have the opportunity to represent RAN in the Sudamérica Rugby U18 Championship in Lima, Peru, in August. Only RAN union members are eligible to represent the region in the tournament.

While players were taking advantage of the learning experience on the field, there were opportunities for all of rugby’s other personnel to benefit from the trip to Miami. Throughout the week RAN hosted events for medical staff, referees, match commissioners and union administrators.

“The level of competition has definitely improved on the field and I am very pleased with the success of the various workshops and educational opportunities off the field,” said Dennis Dwyer, President of Rugby Americas North. “I am very proud of players, the tournament organizers and all of the countries involved.”

A First Aid in Rugby (FAIR)  Level 1 course gave attendees a chance to learn the theory first aid response in a rugby match and then opportunites put it into practice throughout the week on the field. Officials from USA, Trinidad and Tobago, Bermuda, Barbados and the British Virgin Islands served as referees and assistant referees for the tournament, with 20-year-old Gavin McCandless highlighting the lineup.

John Weale served as the Head Official for the tournament and Scott Harland filled the role of Match Commissioner until Thursday, when a regional match commissioner course provided trainees to cover the remaining matches.

The two-day Leading Rugby Workshop gave all RAN unions the chance to cover topics such as development pathways for girls and women, building player welfare programs, and making effective use of social media.

“The focus of the workshop was really to take what we were learning at each session and set goals and make action plans for each union to take back with them,” said Harland. “Getting everyone from our region in the same room also proved to be a great chance for everyone to connect and share ideas, which we expect to have a continued ripple effect throughout the year.”

The next RAN tournament will be the Men’s and Women’s Sevens in Port of Spain, Trinidad and Tobago on November 12th & 13th, 2016.

To find more information on RAN and view scores and video from the tournament, please visit the event page.