Olympic Day celebrations across the region 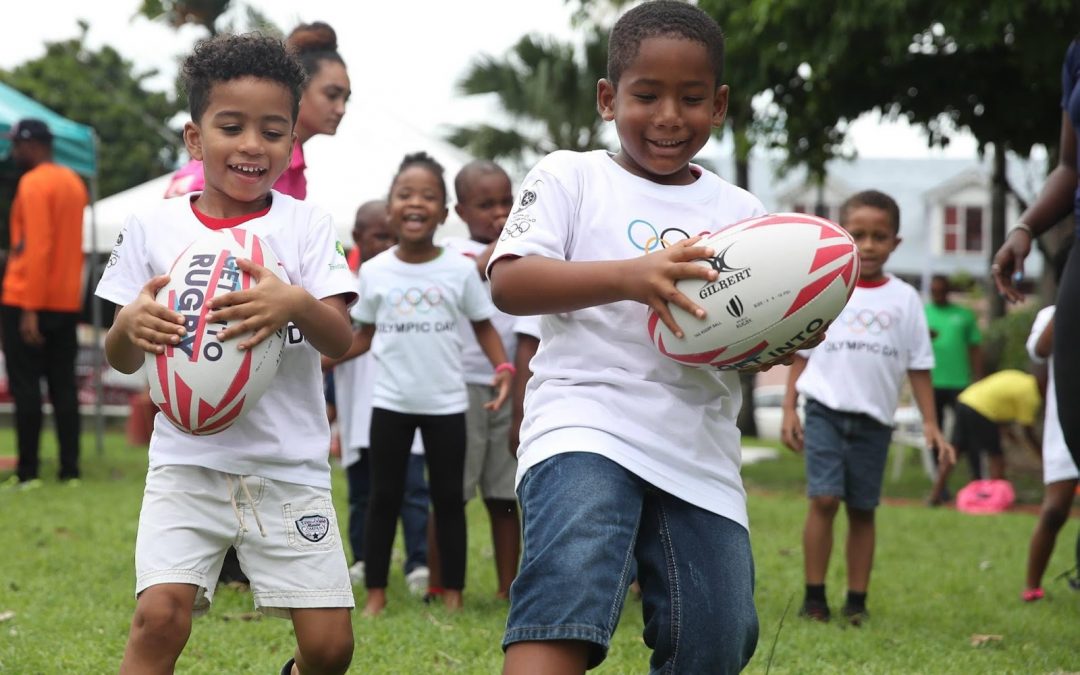 With just about one year since rugby made its debut in the Olympics, member unions from around the Rugby Americas North region took the opportunity to celebrate Olympic Day on June 23rd. Excitement around the game continues to be very much alive in the Caribbean as the unions enthusiastically participated in their respective Olympic Committee’s Olympic Day Celebrations.

This is a traditional activity for most Caribbean Rugby Unions, however this year was a bit more special for rugby after the sport’s interest increased post-Olympics.

President of the Jamaica Rugby Union, Jerry Benzwick, was guest speaker at the Jamaica Olympic Association Olympic Day celebrations. Addressing more than 300 people, he reflected on the impact of rugby at the Olympic Games and feedback that rugby was one of the most exciting team sport to watch. He highlighted rugby as a sport true to its values of Discipline, Respect, Passion, Solidarity and Integrity–giving the example of the Fiji Team at the Olympic Games. In closing he encouraged other sports present to stay true to their values as it is the essence of sport.

The Historical Garrison Savannah, the home of rugby in Barbados, transformed into a playground of activities hosted by the Barbados Olympic Association. Several hundred people turned out to take part in the various events, including the tug of war, which was won by the tenacious Barbados Rugby team after fending off an unlikely challenge from the table tennis players!

The Olympic Day celebrations in Trinidad and Tobago had a specific focus on youth between the ages of 4 and 15 years old. This ties in with their Olympic Committee’s goal of 10 golds by 2024.

Aimed at inspiring the next generation of athletes, the Committee invited National Sport Organizations to facilitate their respective sport displays/activations.

The Cayman Men’s Team was most present for the Cayman’s Olympic Committee Olympic Day Run held on Saturday the 24th. On the 23rd June, the Youth Development Manager, Edward Westin facilitated a Beach Rugby Display with the National U19 Men’s Team inviting beach goers to get active and give rugby a try. They also used the opportunity to promote their U19 Team as they prepare for the Rugby Americas North U19 Regional Championships.

President of the Belize Rugby Union along with some members of the developing rugby community participated in the Belize Olympic Committee Olympic Day Run.